Repressed memories and a fucking sleazeball 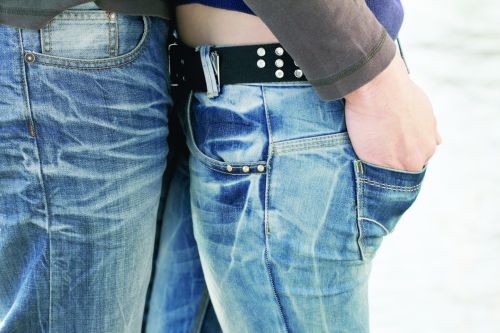 I’m a 25-year-old male. After a tragic set of circumstances, I am now the legal guardian of my 15-year-old brother. He’s gay. Fortunately, our parents took care of “the talk” and taught him how to use condoms. Unfortunately, he has started dating a senior at his school who is about to turn 18 and is a fucking sleazeball. You know the type: entitled, narcissistic L.A.-type, drives a BMW paid for by his rich parents. This asshole has no respect for my brother. He grabs my brother’s ass or says disgusting things like “You really look fuckable in those jeans.” I told him to stop that behavior, and he just replied, “Sorry, I can’t keep my hands off such a hottie.” A keeper for sure, right?

My parents would probably know what to do, but they’re dead. I don’t think he’s mature enough to be in a sexual relationship, but I’m fairly sure he is already sexually active. I laid down the law and told him that he couldn’t see his boyfriend anymore, but he has continued to see him behind my back and now doesn’t tell me anything that is going on with his life. I don’t know what he’s doing with a guy like that. My brother is smart, plays lots of sports, and is really involved at school. I’m afraid this loser is going to destroy all that.

I’m new to all of this parenting stuff, but I know that he can’t continue to see this person. I know that my issue isn’t what you usually deal with, but as a parent yourself, what would you do?

I’m so sorry about the tragedy that befell your family, NPNH, and the loss of both your parents. You deserve nothing but praise for taking your brother in and taking him on.

You don’t need to round your brother’s boyfriend up to 18 — you don’t need to round him up to “statutory rapist” — to make him sound like an asshole. He sounds like a big enough asshole at age 17. And there’s nothing inappropriate about a 17-year-old kid dating a 15-year-old kid, NPNH. You may be tempted to alert the authorities after your brother’s asshole boyfriend (BAB) turns 18, but BAB is protected by your state’s age-of-consent laws, which treat sex between a minor and an adult differently if the adult is within three years of the minor’s age, which this asshole is.

If the asshole doesn’t listen — if BAB keeps grabbing your brother’s ass — ask him to leave. It’s your house and you make the rules. But you should resist the urge to make unenforceable rules like “You may not see this guy,” as that will only undermine your authority while driving them into each other’s arms. Worse yet, if your brother isn’t supposed to be seeing this guy at all, NPNH, he won’t feel comfortable turning to you for advice if BAB is pressuring him to do anything dangerous. Your brother needs to be able to talk about his relationship with you, and he can’t do that if he’s not supposed to be in that relationship.

And take comfort: If BAB is as shallow and materialistic as your letter makes him sound, odds are good that he’ll tire of your brother soon enough and move on to the next hot piece of ass who’s impressed by his BMW. This is a problem that is likely to solve itself.

My dad just died. He was a pedophile. A lot of stuff is coming up for both my brother and me now. There are many things he did that we know about, but some things happened when we were so young that we’re not sure about. My bro just said he’s had dreams throughout his life — many more of them lately — about a cock being in his mouth. He’s hetero and has been married for more than 20 years. He wonders if any other straight men have dreams like this or if it is some manifestation of the abuse. He is too afraid to ask any of his straight male friends. So I ask you: Do straight men ever have dreams of a cock in their mouth? Or is it odd? Gay? What?

“I am very sorry for TBG’s loss, as complicated as it is,” says Dr. James Cantor, a psychologist, associate professor at the University of Toronto, and editor in chief of Sexual Abuse: A Journal of Research and Treatment. “The quick answer to his question: no. Although it is unusual, having dreams like that does not, by itself, mean a man is gay or otherwise into penises. (OK, technically, it’s “penes.”) Although there haven’t been any formal surveys, gay men usually dream (and fantasize while masturbating) about men in general: muscles and faces, celebrities and crushes, the range of their favorite sex acts, etc. I haven’t heard a gay man — friend or client — describe dreams restricted lifelong to just penis-in-mouth.”

Dr. Cantor offers a caveat for other readers: “For a long time, many folks believed that such dreams were repressed memories trying to surface. But there was never any good evidence for it. In fact, a great deal of harm has been done by well-meaning ‘therapists’ who, instead of helping clients to recover lost memories, wound up creating false memories of abuse and destroying whole families.” So very clearly and for the record: “Having such dreams, by itself, does not mean a person was abused.”

What is odd, however, is the longstanding, repetitive nature of your dreams.

“Although dreams do not tell us anything specific (again, these are not memories-in-waiting or great symbolic themes), they can suggest that there is something on his mind,” Dr. Cantor says. “If life is going generally well, and this is just a harmless eccentricity, so be it. If, however, your brother is experiencing more general distress, then that distress — whether fallout from childhood abuse, from the death of your father, or from something else — could be targeted with a bona fide, licensed therapist. Complicated situations like yours almost always involve multiple strong and conflicting emotions. Because you say lots of stuff (other than these dreams) is coming up for you both, an objective outsider or listener can indeed be of great help in sorting it out.”

Find Dan Savage’s weekly podcast every Tuesday at thestranger.com/savage. Reach him at mail@savagelove.net or @fakedansavage on Twitter.