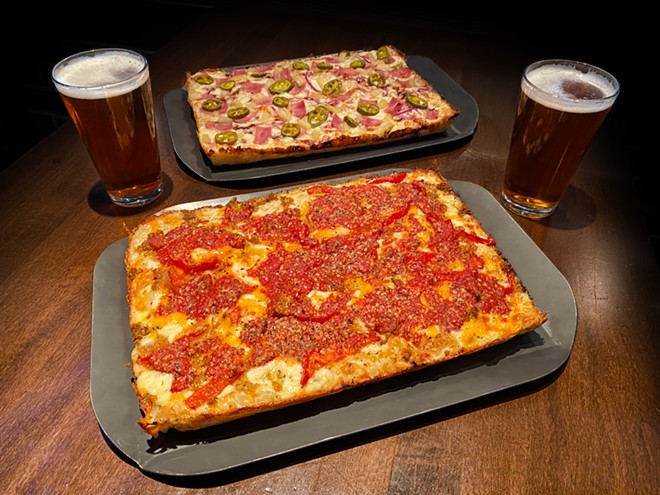 Is there a more American food pairing than pizza and beer? Buddy’s Pizza doesn’t think so.

To celebrate its 75th anniversary, the home of the Detroit-style pizza has teamed up with Griffin Claw Brewing Company to release a limited edition ale.

The Anniversary Ale is a New England IPA and its debut falls in line with the release of the chain’s Oktoberfest and Hawaiian Spice pizzas.