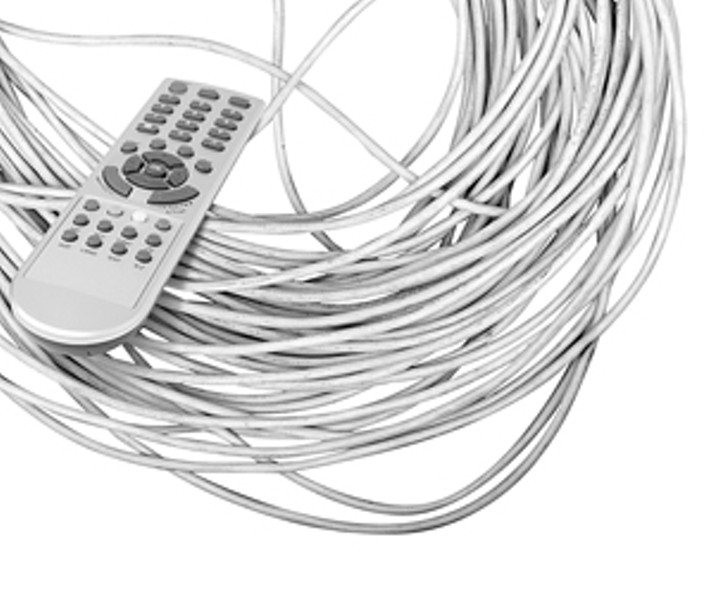 The two-year-old lawsuit brought against cable television giant Comcast by a handful of Michigan towns and their community-access television stations ended quietly earlier this year. There was a federal judge's order dismissing the case after Comcast agreed to the communities' terms, a cursory joint statement and a couple of community newspaper articles about it.

The Michigan communities and stations, for their part, got what they wanted, mainly the status quo that existed two years ago, before Michigan changed how local cable operating agreements are formed. And Comcast got rid of a lawsuit that could have held up its proposed acquisition of NBC Universal that is currently under review by Congress, the Justice Department and the Federal Communications Commission.

The stations — known as PEG channels because they provide public, educational and governmental programming — remain on desirable (low-numbered) channels in the vast cable lineup, a place where "surfers" can easily find them.

The channels receive funding through Comcast's operating agreements, either those still in effect with local communities or the new statewide contract a 2008 law prescribes. And the 10 to 15 percent of Comcast's 1.2 million subscribers who choose to purchase only a basic analog package will still get the community stations.

"We have always supported PEG programming and we continue to support it today," says Comcast spokeswoman Mary Beth Halprin. "The outcome of the settlement shows that PEG will be delivered in the format that it's always been. Until there's a change in the technology again or in the position of the community to move that channel to a digital format, we'll continue to support it."

Cable companies, local stations, industry groups and elected officials around the country had been waiting to see what the lawsuit would yield, as about half the states, like Michigan, have rewritten cable regulations in a way that many say spell danger for community access stations. That's because new state laws have changed longstanding operating agreements and contracts that had for decades required cable providers to provide funding and channel space for the PEG stations in exchange for the public right-of-way to run cable lines.

"Comcast made broad promises that bind it inside of Michigan, but the settlement does not affect its activities outside of Michigan," says Joseph Van Eaton, a Washington D.C.-based attorney who represents the National Association of Telecommunications Officers and Advisors. "On the other hand, what happened in Michigan received a significant amount of attention on Capitol Hill and at the Federal Communications Commission. It is fair to say that the litigation raised the profile of PEG channels and highlighted problems facing PEG channels around the country."

The lawsuit and its issues are cited, in part, as justification for a bill introduced last year by a Wisconsin congresswoman that would offer better protections for PEG stations across the country.

And in one of the first Washington, D.C., hearings about the proposed Comcast-NBC deal, U.S. Rep. Henry Waxman, (D-Calif.) made Comcast's treatment of Michigan PEG channels an issue.

At the hearing earlier this month — one of the first on the deal that's also being reviewed by the Justice Department and the FCC — Waxman raised the Michigan suit in his introduction to the meeting, held by the U.S. House Commerce Committee's subcommittee on communications, technology and the Internet.

"There are other issues to examine too, including Comcast's treatment of PEG channels, how this transaction will affect the diversity of voices in the marketplace, and how independent programmers will be impacted. We need to weigh all these topics as this process moves forward and the subcommittee considers related matters," Waxman said.

The PEG channels were born from the first cable operating agreements of the 1970s. At the time, cable providers needed to install the necessary infrastructure to provide television programming to households, and that meant garnering the blessing of municipalities that controlled the public land and other rights of way that cable needed.

As part of that, municipalities negotiated for funding of their PEG channels, and they did it under the FCC requirement that cable operators set aside channels for PEG use at no cost to local governments or school districts. The goal was to provide local and diverse programming, advance educational television and increase local government informational services.

When Congress passed rewrites of federal communications law in the 1980s and 1990s, it preserved the PEG channels, requiring cable companies to provide them to subscribers who purchase only a basic tier of service. Local municipalities were free to negotiate their own agreements that included single-digit percentages of cable fees to be paid to the PEG stations.

But in the last few years, about half of the states have crafted laws usurping local control. Michigan's Public Act 480 did just that. Purporting to increase competition between AT&T's U-verse network and longer-standing cable providers, the law has resulted in disputes over fees paid for PEG channels and where they appear in the channel lineup.

In late 2007, after Comcast in Michigan announced it would re-assign PEG channels and require subscribers to upgrade to a digital box to receive them, Bloomfield Township, Dearborn, Warren and Meridian Township near Lansing launched the lawsuit.

A federal judge immediately ordered Comcast to leave the channels where they were as the case progressed. U.S. Rep. John Dingell (D-Dearborn) held a hearing, the FCC took comment and then late last year Comcast proposed acquiring NBC. The spotlight shone brighter on the company's operations.

Last month's settlement has Comcast agreeing to pay $250,000 to split between the communities to help cover legal fees, and the stations remain in their traditional locations with relatively low channel numbers where they can be easily found. The PEG stations remain analog, so that subscribers don't need additional equipment to view them.

If Comcast discontinues its analog programming completely, then the PEG stations will go digital without objection from the plaintiffs, says Leslie Helwig, general manager of Bloomfield Community Television.

"In 2012 everything will be digital, but at least then our PEG channels will get the same treatment as everyone else. If a subscriber needs to make some adjustments, they'll have to make them for all the channels, not just PEG," she says.

Meanwhile, other efforts are under way to ensure PEG channels survive. Bills in both houses of the Michigan Legislature seek to clarify PEG fees in state agreements.

In Congress, U.S. Rep. Tammy Baldwin (D-Wis.) introduced a bill in October that would preserve their funding and place in the channel lineup.

The bill, called the Community Access Preservation Act of 2009, has 15 co-sponsors, though none are from Michigan. The Oakland County Board of Commissioners has passed a resolution supporting the act at the urging of local community access stations.

"Public access channels play an important educational role in our communities. They allow citizens to watch local city council meetings and school board meetings, and it would be much harder to hold local government officials accountable if public access television disappeared," says Tim Greimel, the commissioner who proposed the supporting resolution. "Just as importantly, the channels give everyday people the opportunity to hold community forums and express their views on television."

Sandra Svoboda is a Metro Times staff writer. Contact her at 313-202-8015 or ssvoboda@metrotimes.com