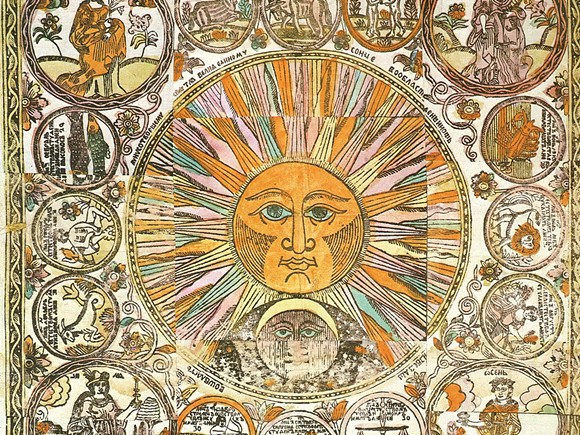 NASA recently released an article claiming a 13th astrological sign might mean that you've been reading the wrong horoscopes your whole life.

For some of us, this forces us to face an existential crisis, questioning the very core of our identity. Suddenly our inner monologue sounds something like, "If I'm not a Gemini, then what is real?"

But Metro Times' resident and highly trusted astrologer Cal Garrison wants NASA to butt out of matters it doesn't understand.

We asked her what her thoughts on the matter are, and Garrison gave a decisive answer that made us feel whole again.

"I don't pay attention to the people at NASA," Garrison says. "They are not purveyors of truth. Making 'changes' to the Zodiac? From a bunch of people who never gave it much respect to begin with? Sounds a little fishy to me."

She continues, saying, "As far as the 13th sign goes, Ophiuchus has been there forever. It's no secret. You can see it in the old maps. The ancients were more on the ball than we are when it comes to the stars. I figure, they would have included it if it mattered. I also know that a lot of people who write for the web and for the papers write articles about astrology with no understanding of the subject, and no authority whatsoever. All they do is confuse people. I call it pouring from the empty into the void. And it's totally arrogant for some recently graduated college student or even some NASA astrophysicist to think it's their job to re-arrange a subject that is beyond their scope, and older than time."

Thanks for clearing that up for us, Cal.