Can the Republican Party be saved? 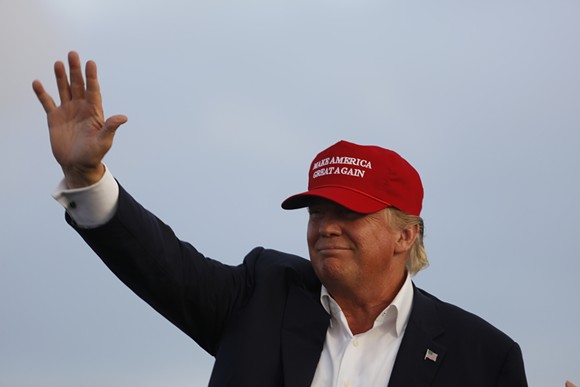 The Republican Party is lurching toward Cleveland, where, in three weeks, it will nominate a narcissistic liar for president, an arrogant braggard without a single day of experience in government who spews racism and stirs up fears.

Think about that. Yes, we have had bad candidates and bad presidents before. But never in modern times has a major party nominated someone who knows almost nothing about how the system works — and couldn’t care less.

This is what our politics have become, in what we have always thought was the greatest nation in the world.

Most indications are that Donald Trump will probably lose decisively, to a candidate who lacks charisma and has her own baggage, but who is at least qualified and, well, sane.

But you never know. The mere fact that one of America’s two major parties is nominating someone who is dangerously unqualified to be in charge of our nation’s economy, its vast military and thousands of nuclear weapons is a huge existential crisis, and potentially a constitutional and fatal one.

What’s worse is that Donald Trump is not that much of an aberration. To some extent, the differences between him and the so-called “mainstream” members of his adopted party are more one of degree and style than anything else.
No, the other candidates this year did not attack whole ethnic groups and religions and talk about deporting millions of people who have lived here peacefully for decades.

No, they did not make fun of their opponents’ looks, proudly exhibit nearly nude pictures of their third wives, or seek to reassure us that their penises were big enough.

Trump is, indeed, the only candidate who has done those things. Yet for years, the Republican Party has more subtly encouraged racism. That’s the subtext behind their encouragement of the tea party and the birther movement, and their vow to ruin the Obama presidency from the start.

They have been hostile to immigrants. Congressional Republicans contemptuously refused their own President George W. Bush’s plea for comprehensive immigration reform and a path to citizenship nine years ago.
Most of all, Republicans have worked as hard as they could to erode faith in government, and have successfully helped persuade people that government is always bad.

Once upon a time, they knew better. “Taxes are the price we pay for a civilized society,” Oliver Wendell Holmes Jr., a proud Republican to his core, said in 1904, soon after he was appointed to the United States Supreme Court.
A century later, too many Republicans looked instead for inspiration to a blowhard ideologue named Grover Norquist, whose rallying cry is “I don’t want to abolish government. I just want to reduce it to the size where I can drag it into the bathroom and drown it in the bathtub.”

Norquist, the founder of the misnamed Americans for Tax Reform, has done massive damage to our nation’s infrastructure by pushing politicians to sign pledges not to raise any taxes for any reason, no matter what.
The veiled threat is that there will be huge negative consequences — well-funded primary opponents, smear campaigns, etc. for anyone who dares to raise taxes.

That bit of ideological insanity is one of the major reasons Michigan’s roads and bridges are falling apart, even though it would cost taxpayers far less to fix them than they are paying in terms of car repairs and lost opportunities.
In other words, for years, the GOP has been bashing minorities and immigrants; belittling and showing contempt for government, and exalting business and the private sector.

They created the bed of fertile muck needed to produce a Donald Trump, and voila! He sprung forth.

Even if he loses badly, can the GOP be redeemed, turned into a conservative party not motivated by racism and hate?

Nobody knows. But we better hope someone tries.

Earlier this month, Thomas Friedman, the Pulitzer-Prize winning New York Times columnist, wrote a piece that was very much on the mark: “Dump the GOP for a Grand New Party.”

Friedman, who believes that America needs a “healthy two-party system with a healthy center-right party” thinks today’s Republican Party is in a state of “moral bankruptcy.”

“This party needs to just shut itself down and start over,” he argued. He called the current party “an ethically challenged enterprise that enriches and perpetuates itself by shedding all pretense of standing for real principles and instead plays on the ignorance and fear of the public.”

That’s exactly what has happened. The mystery and real disgrace isn’t Trump; it is that they have embraced him.

These are spiritually and morally bankrupt people. Consider U.S. Sen. John McCain, who was tortured for years by the North Vietnamese, whose patriotism was insulted by Trump earlier this year — and who has now endorsed him.

Evidently the 79-year-old McCain fears Arizona voters might not re-elect him if he didn’t.

Friedman is exactly right. Today’s Republican Party is rotten to its core, even if all its supporters aren’t.

There’s a sad, old half-forgotten man sitting in Moscow who could tell us a few things about corrupt parties. Mikhail Gorbachev, more than anyone living today, changed the world.

Thirty years ago, he was the last leader of the mighty and fearsome Soviet Union. He had the power to keep hundreds of millions in his nation and Eastern Europe under a repressive dictatorship, but he tried to save and reform the system.

He allowed his people freedom, believing that by doing so, they would want to create a just society for all. He believed a reformed Communist Party could and would do that.

Gorbachev was, sadly, totally wrong. What he didn’t realize, among other things, was that he was about the only idealistic Communist left alive. In the end, party hardliners arrested him and tried to reinstate the dictatorship.
But thanks to him, the people had gotten a taste of freedom. He was rescued — but humiliated, badgered by his soon-to-be successor Boris Yeltsin, he had to admit how wrong he was. He resigned from the Communist Party, and the Soviet Union swiftly fell apart. For a while, there was democracy.
Now, they have Vladimir Putin. But the destruction of the Communist Party at least freed Eastern Europe.

Don’t think I am equating our Republicans with the corrupt old Communist Party of the Soviet Union. But both are parties that have entirely betrayed the ideals for which they once stood.

Probably the best thing America could hope for is a massive rejection of Donald Trump and his party at the polls this November; a massive defeat in both the popular and electoral vote, plus huge Republican losses in Congress.
Then, maybe they’d get it. Eighty years ago, something very much like that happened. Republicans then bitterly opposed everything Franklin D. Roosevelt and the Democrats were doing to try and create a social safety net.
That fall, Democrats won the greatest landslide in their history. The electoral vote was 523 to 8; Republicans were left with just a tiny handful of senators and congressmen.

Following that, they began to gradually moderate their views. The left, such as it is, should recognize that we need a healthy and vibrant opposition party in this country, one based primarily on economic issues.
We just can’t afford one that is criminally insane.