Candidates on cannabis: Here's where the 2020 Democratic contenders stand 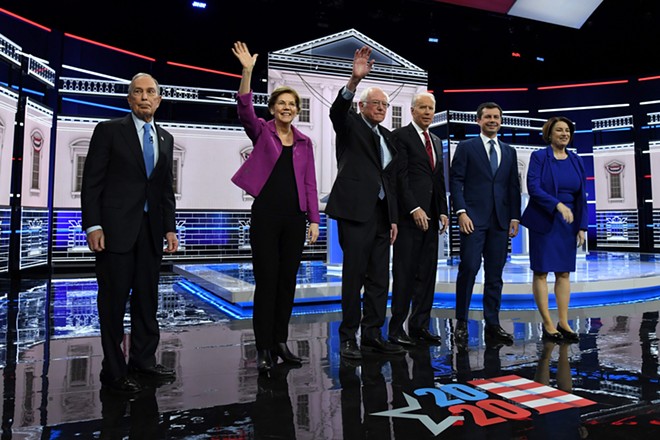 As we approach the March 10 Michigan primary, here's a little reminder of where the major candidates stand when it comes to marijuana.

On Sunday, Feb. 23, Sen. Elizabeth Warren rolled out her plan during a speech in Denver, saying that she would reduce federal funding for law enforcement to states that won't legalize marijuana. She also plans measures to keep big tobacco companies from dominating the market, social-equity provisions, and expungement. Warren promises to appoint marijuana-friendly people to offices such as the DEA, DOJ, and FDA in order to engage in a process of legalization.

Sen. Bernie Sanders, who became the frontrunner this week, says he would legalize marijuana on Day One, which he probably can't, but it shows where his heart is. Sanders has the most detailed and far-reaching plan when it comes to legalization. He would deschedule marijuana and remove it from the Controlled Substances Act and create a $10 billion development fund for communities devastated by the war on drugs.

Candidates Sen. Amy Klobuchar, Mayor Pete Buttigeig, and Tom Steyer have all said they support legalization at the federal level, but are short on details, and none of them have made the issue a focus of their campaign. According to cannalawblog.com, "(Klobuchar) comes across as having softened on legalization more for political reasons than out of any true commitment and she has done very little to demonstrate that she really wants to legalize marijuana."

Buttigieg doesn't have much of a record regarding marijuana. He supports legalization but has not actively addressed the issue. Steyer had been mostly silent on the issue, but stepped up with a January statement calling for legalization of marijuana and decriminalization of opioid possession.

Former Vice President Joe Biden has been reluctant to join the pot party, wavering on the subject. In January, he said he's opposed to legalization without more studies on its health risks. Regarding former New York governor Mike Bloomberg, cannalawblog.com gave him "a D- grade because he does not support the legalization of marijuana and because of his history of anti-marijuana rhetoric and policies."

That's your lineup and their positions on cannabis. Happy voting.