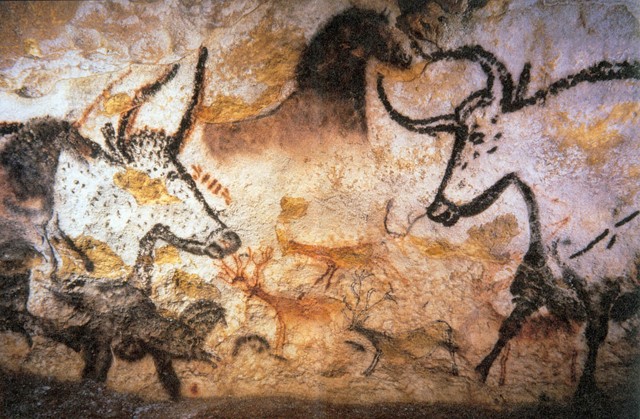 Cave of Forgotten Dreams is the most indispensable documentary ever made by a pretentious blowhard, with all apologies to Michael Moore. The blowhard here is Werner Herzog, the legendary German iconoclast whose challenging early masterpieces about the wages of obsession, like Fitzcarraldo, blurred the line between art and artist. In recent years his documentary work (Grizzly Man) has proven more consistent than his narrative films, which fluctuate between brilliant (Rescue Dawn) and downright silly (Bad Lieutenant: Port of Call New Orleans). Now, the ever-curious Herzog applies his talent to a very worthy subject in his sometimes maddening, idiosyncratic way.

Chauvet Cave in southern France is a largely unspoiled prehistoric marvel that sports perhaps the oldest known examples of human artwork dating back 30,000 years; a dazzling collection of cave paintings depicting a coterie of animals, some long vanished. Herds of deer, elk and horses roamed the European highlands, along with more exotic fauna like woolly rhinos, panthers and mammoths, all rendered with primitive grace and haunting beauty.

Many of the drawings hint at movement, which Herzog can't resist calling "proto-cinema."

The cave face was buried by a rockslide roughly 20,000 years ago, and a hidden entrance only located in 1994. Since then, limited access to the cave has been carefully controlled by the French government, mindful of the damage done by heavy tourist traffic to other precious sites such as the cave paintings at Lascaux. Herzog and a tiny crew are the only filmmakers who have been allowed inside, and the result is an extraordinary achievement, slightly bogged down by almost willful weirdness.

Herzog narrates in his trademark flat cadence, mixing scholarly reporting with fanciful musings and ruminations that can trail off into incomprehensible blather. When he takes a side trip to a nearby artificial swamp, and ponders what's going on in the mind of an albino crocodile, you'll suppress absurd giggles.

There are also chats with various researchers, all mildly quirky, such as the expert in ancient spears, or the perfumer, who uses his finely tuned nose to sniff out subterranean passages.

Herzog is not afraid to be almost perversely boring, with his didactic drone and insistence on repetitive languid pans back and forth over the same paintings. As startling as the images are, you can only muse on the same rhino for so long before drifting.

Perhaps in some inchoate way, Herzog is commenting on our modern inability to focus, and of the ancient, human desire to make art, even if it meant crawling into a cave full of wolves and hibernating bears. Hauling modern 3-D cameras underground into dark, tight spots isn't as scary, but the inescapable human desire to create can still drive you a little crazy.

Cave of Forgotten Dreams hits theaters on Friday, May 6.