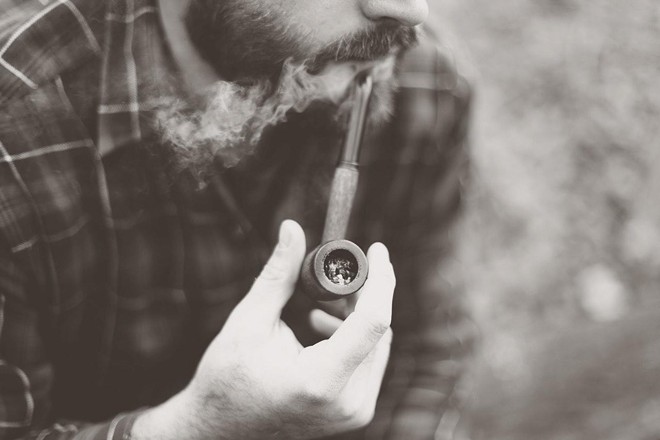 Chewing tobacco used to be seen as a healthier alternative to smoking cigarettes. The logic was that dip is safer, since it doesn’t require burning the tobacco and inhaling harmful chemicals into your lungs.

Research has debunked that theory, and we now know that the curing and fermenting processes involved with making chewing tobacco can lead to a buildup of carcinogens in the products. People who use dip made from tobacco are vulnerable to severe gum disease and cancers of the mouth, throat, and digestive tract, among other problems.

Though never picking up tobacco in the first place is the healthiest choice, smokeless tobacco users have several options to turn to if they want to work on becoming more health-conscious in their habits. Most alternatives, however, are not particularly satisfying. Quitting cold turkey with no additional strategy in place has a very low success rate, and cessation products like the patch, or nicotine-free alternatives, are an incomplete support.

Using dip is not just about the nicotine it delivers—it is also about the ritual and the tradition. Black Buffalo recognizes the need for a solution that honors heritage and routine while delivering the nicotine that consumers crave and eliminating what they don’t. Their tobacco-free dip looks, tastes, and feels like the real thing, it contains pharmaceutical-grade nicotine, and it gives people who want to quit smokeless tobacco an option that satisfies.

A Gap in the Market

The warnings tobacco companies are required to include on their packaging just do not outweigh the billions of dollars they spend on the advertising that gets consumers hooked. Most people don’t even think about the long-term consequences of using tobacco when they first start.

They don’t see it as picking up a habit to which they will become addicted; and they definitely don’t picture themselves suffering from mouth or throat cancer when they pack that first pinch into their cheek—yet 90 percent of people with oral cancer use tobacco.

Chewing tobacco also leads to a whole host of other problems as well. The risk for pancreatic cancer is increased by using chewing tobacco, along with dental disease, precancerous mouth lesions, bad breath, heart disease, and stroke.

Picking up the habit is one of the easiest things in the world to do; but quitting is one of the hardest due to the extreme addictiveness of nicotine, along with the fact that tobacco use gets incorporated into most facets of everyday living. Nicotine triggers a release of dopamine in the brain, which results in a euphoric, alert feeling that tobacco users quickly start craving at regular intervals.

Within just a few uses, the brain becomes dependent on nicotine to produce the normal amounts of dopamine that it was producing on its own just a short time before.

Eventually, it becomes nearly impossible to separate tobacco use from daily activities, and quitting strategies often only address half of the problem. Most people go cold turkey on their first attempt, but withdrawal symptoms often put a swift end to the effort. Patches provide a nicotine rush that minimizes the withdrawal, but they do not compensate for the ritual or the physical activity that comes with dipping.

Herbal dip helps replace the ritual, but it also does not help with withdrawal. Tobacco users are left with an endless cycle of trying to develop healthier habits, but never feeling satisfied with their methods.

Black Buffalo provides a real solution for people looking for ways to end their tobacco use. The company has spent years developing a tobacco-free product that so closely mimics traditional chewing tobacco in look, flavor, and feel, that even tobacco farmers have been fooled. The company understands the importance of an authentic replacement for long-term tobacco users, and they have paid attention to every detail.

The high-quality embossed packaging is the same as with any other smokeless tobacco products. The traditional flavors of wintergreen, original and mint, or the fruity flavors of peach and blood orange, all come in long-cut tins or pouches to help users feel like they are engaging in the same routine they always have. Medical-grade nicotine even creates the same head buzz as authentic dip.

The only difference between Black Buffalo smokeless tobacco alternative and traditional chewing tobacco is the tobacco itself. Instead, it is made with organic, edible green leaves, and the flavor has been curated by some of the top flavor houses of The South. For people who have struggled to kick the habit, Black Buffalo may be the solution they have been waiting for.

Ditch the Tobacco, Keep the Authenticity

People who use chewing tobacco often have a long history with it. They may have grown up watching their parents and grandparents using, before becoming adults and picking dip up for themselves. The routine of tobacco embeds itself into everyday living, and the addiction becomes about so much more than just the nicotine.

Once that happens, quitting becomes one of the most difficult things to do despite known health consequences. Most cessation aids only address one facet of addiction while ignoring the others, which results in a frustrating and endless cycle of quitting only to start again when willpower runs out.

Chewing tobacco users who are looking for a complete solution need to look no further than Black Buffalo. The smokeless tobacco alternative delivers medical-grade nicotine, satisfies the need for routine, and offers the same experience as traditional tobacco products without including the leaves or stems from the tobacco plant. Black Buffalo helps people charge ahead in their efforts to successfully stop using tobacco by giving them an authentic product that lets them keep all the things they love about their dip.