Claws out for a good cause: CatVideoFest returns to the Detroit Film Theatre 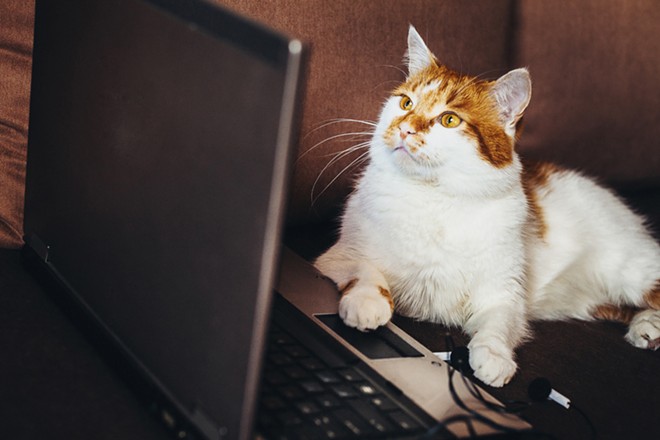 Look — if you had one shot or one opportunity to watch 10,000 cat videos a year, would you capture it? Or would you just let it slip, like a clumsy kitten miscalculating the distance between the bed and the dresser?

When it came to Will Braden, it was meow or never.

In 2012, Braden, a Seattle native, unsuspectedly found himself accepting an award in front of 13,000 people gathered at CHS Field in Saint Paul, Minnesota. And not just any award, either. Braden scored the the Golden Kitty Award, the top prize awarded during the first annual Internet Cat Video Fest, which he won for his viral video series, Henri, le Chat Noir. The series follows Henri, a longhaired tuxedo cat filled with existential dread and endless ennui.

"The 15 hours I sleep have no effect," Braden says in a French accent over black-and-white footage of Henri sprawled emotionless across the floor. "I wake to the same tedium."

In the eight years since taking home the gold, Braden's winning opus, Paw de Deux, has amassed more than 10 million views on YouTube and, according to the Walker Art Center in Minnesota, the late film critic Roger Ebert had even dubbed Henri's video as "the best internet cat video ever made." Henri has since happily retired from the spotlight, though he continues to ponder the meaninglessness of his existence. Meanwhile, Braden is celebrating the birth of his son and yet another year of carrying the fur-covered torch of what is now known as CatVideoFest: an event with more than nine lives.

"I watch over 10,000 videos every year," Braden says. "Finding them is the biggest trick because, like I said, I want to find ones that are surprising to people, but I also want to get in touch with the people that have made videos that have gone really viral and [have gotten] really popular because I do want people to see the beginning of the video and go, Oh, I know this one," he says. "I've also learned how to say 'funny cat' in, like, 20 different languages because a lot of times people will upload a really great video to YouTube and would have gone viral, except that it's not searchable in English. So if you know how to say 'funny cat' in Romanian, you can find some really great gems that have like 200 views. It's a lot of work, but it's very fun. I haven't been burnt out yet on cat videos."

When Braden made the first Henri video, he was a film student at the Seattle Film Institute. Later, he moved to Los Angeles, where he worked on independent films before returning home as a "camera for hire," working with local nonprofits and fundraisers, as well as shooting video for weddings and local commercials.

After winning the coveted Golden Kitty Award, Braden landed a book deal, penning 2016's Henri, le Chat Noir: Reflections on Human Folly from a Feline Philosopher, and found himself assisting Internet Cat Video Fest organizer Katie Hill in curating the event's programing. Not only would Braden scour the internet for the cat videos, but he was also tasked with arranging them into categories and adding music to the segments, which he did for two years. In 2015, the Walker Arts Center decided to move on to other projects and so it began: CatVideoFest was born and, for Braden, a new career.

"So, the idea was that even though behind the scenes, everything had sort of changed over and I was now running it from top to bottom, the audience experience would be pretty much the same," he says of the newer festival. "It's the same length. It has always had the same kind of DNA in terms of partnering with local shelters and raising money and the same kind of sensibility and sense of humor. It's just gotten a little bit more robust in terms of the production."

As Braden says, the ethos of the touring festival is to give like-minded people an opportunity to make a difference, which is why the screening aligns itself with a cat welfare organization in each of the cities it visits. For the Detroit iteration, CatVideoFest will donate a portion of the proceeds to benefit the Michigan Humane Society.

"We literally never do a show unless we have a shelter or organization as a partner, and they have to directly financially benefit from every ticket sale and that'll never change," he says. "And also, cat people are generous, anyway." 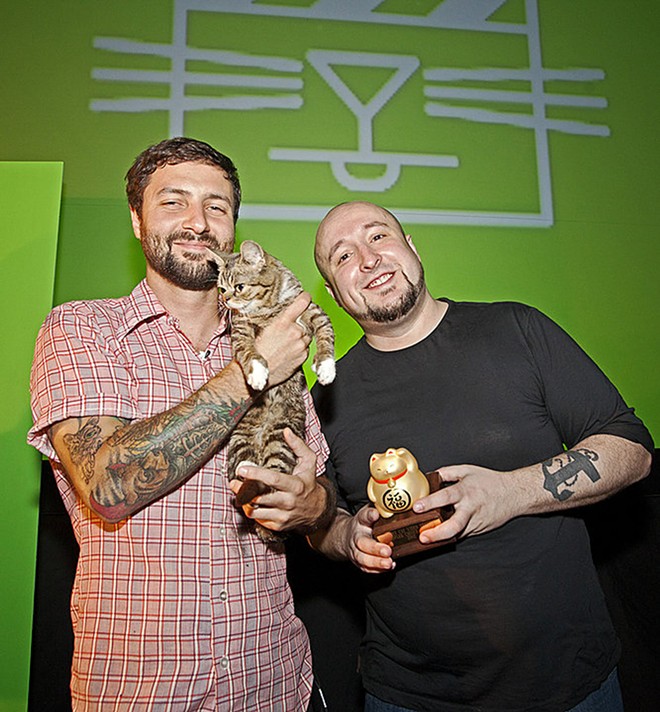 While the core of the event is to raise awareness and funds for organizations that contribute to cat welfare, it's also about the cat-lover community and serves as a means to bring people that may not normally have a social connection to one another together.

"How many things are there out there that you can take your 6-year-old daughter, your 60-year-old dad, and your neighbor, and everybody can equally enjoy it?" he says. "There aren't many things like that."

One of the questions most people end up asking Braden is why there's not a Dog Video Fest. It's a fair question, considering dog fans are as, if not more, rabid in their love, support, and obsession of their canine companions. Though Braden says this type of screening event could work if it were centered on dogs, it would have to have a different tone. He jokes that we don't mind watching cats "get knocked down a notch," whereas with dogs, we end up being more concerned than entertained, not knowing if they'll land on their feet as cats are expected to do in instances of clumsy overconfidence.

It might seem crazy that someone could love cats this much, so much so that they dedicate their lives to watching their every misstep and totally adorable encounter. Not unlike those "who rescued who?" paw print-shaped bumper stickers, CatVideoFest may have been saved by Braden, but Braden, too, has found his fur-ever home as its host.

"If I were just doing this as a hobby, watching like 30 to 50 cat videos every day, I think my wife might have a problem with it," he says. "But the fact that it's part of this organization and part of my work and my livelihood, and I do get to sort of have a lot of fun with it, but I take it seriously, too. I try to remember that I can take it seriously, even if it's silly, as long as I don't take myself too seriously. My business cards still say 'I vet cat videos' on them," he says. "I have to kind of laugh at the surreal nature of it all."