A 'tini piece of advice from a cocktail purist 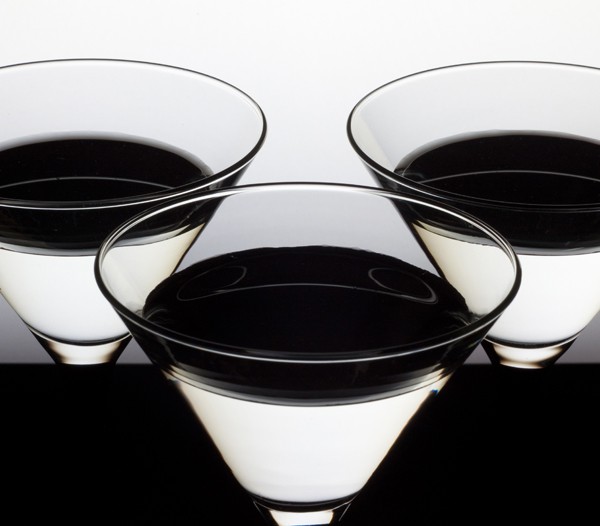 Cocktail Fact: A martini is made with gin and vermouth. So why is everything — from a mixture of vodka and sour apple schnapps to a whipped cream-topped and caramel-drizzled contrivance capable of causing adult onset diabetes — called a martini? It must be the glass.

With its fine stem that allows the drinker to hold on to the cocktail without affecting temperature, and its conical-shaped, 4- to 6-ounce bowl allowing the aromatics to be placed directly beneath the nose, the cocktail glass is a brilliantly designed vessel for drinks served straight up. That is, drinks either stirred or shaken and served without ice. It is perhaps the most recognizable piece of glassware in the Western Hemisphere, so associated with the real martini cocktail that most of us now think of the cocktail glass as a martini glass.

Most egregious is the clownish cocktail glass that holds close to a pint of booze. There's no limit to what malevolent and uninspired potion can fill this type of glass, however, it is frequently a vivid shade of blue and unquestionably not a martini.

Though a few sophisticated drinkers, like late English playwright Noël Coward, may bluster up to the bar and demand that their glass be "filled with gin and waved in the general direction of Italy," this type of drink is truly nothing more than a cold shot of gin with an olive. The ingredients that go into a modern martini are simply gin and dry vermouth (sometimes referred to as French vermouth) in a ratio of about 4:1, respectively, depending upon the brands that you prefer. As these are the only two ingredients, their quality is the key to a balanced drink.

Of course, there are variations. A perfect martini (not a martini perfectly made) is a mixture of gin and both sweet and dry vermouth. A dirty martini has a dash of olive brine added. The smoky martini skirts a thin line by replacing the vermouth with scotch but it is not quite as flagrant as altogether replacing gin with vodka and calling it a martini. That is not a vodka martini at all, but a kangaroo cocktail. It's obvious how that name never caught on among the club crowd.

Nearly as important as the ingredients is the garnish. The most obvious addition is a pimiento-stuffed olive. Remember, one is elegant, two is adequate, and three becomes a meal. Simply changing the garnish to a pickled silverskin onion transforms a martini into a Gibson. Or try a pickled caperberry for something slightly different. If you want an even more classic version of the martini, closer to the drink's origins, a dash of orange bitters and a bit of lemon peel will do nicely.

The martini is a cocktail to be honored. It should not be lumped into a whole category of drinks that bartenders are too lazy to name or become the sophisticated moniker of a glass of ice-cold vodka. A flawlessly executed martini can change your life, or, at the very least, it will temporarily change your attitude.