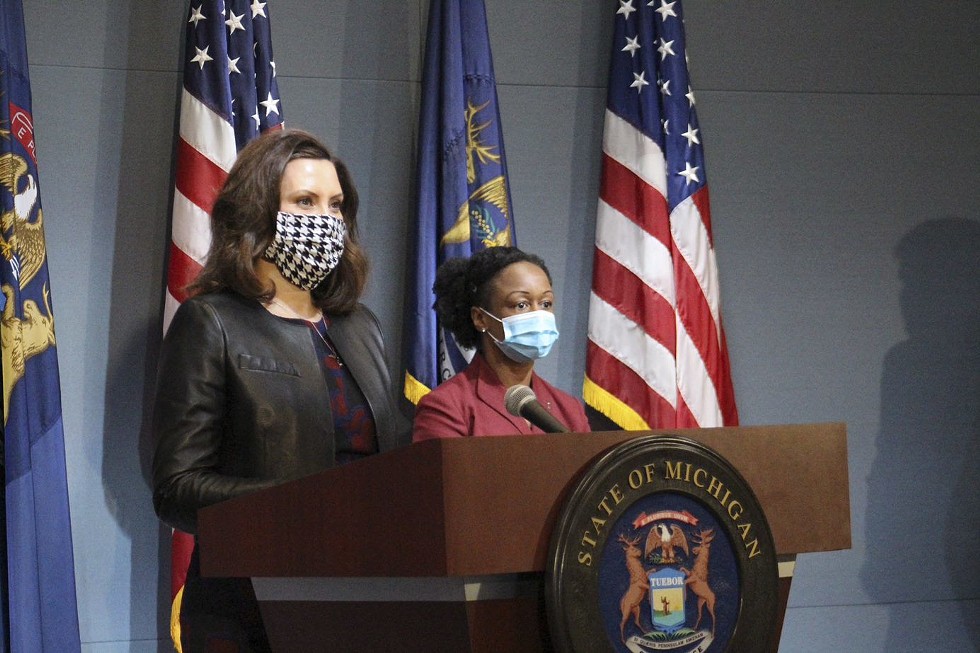 So much has changed since Michigan confirmed its first two cases of the coronavirus on March 10: Schools and businesses have closed. More than one million Michigan residents have lost their jobs. And critical services are on the chopping block because of massive budget deficits.

As Michigan begins to slowly reopen its economy, epidemiologists and public health experts foresee a world that looks far different from the one we're used to.

"I think the virus is here to stay," Dr. Teena Chopra, an infectious-disease specialist at Wayne State University and the Detroit Medical Center, tells Metro Times. "We will have to do things differently for the rest of our lives, which we will all get used to with time."

The virus spread swiftly and quietly in Michigan in early March. Less than three months later, more than 5,600 Michiganders have died and another 58,300 have tested positive for COVID-19. The death toll likely would have been more grim if Gov. Gretchen Whitmer didn't impose a stay-at-home order on March 24.

Now that coronavirus cases and deaths have plummeted since the pandemic's peak in early and mid-April, Whitmer is lifting restrictions and slowly reopening the economy.

"We have saved thousands of lives in Michigan," Whitmer said at a news conference on May 28. "We have made it more likely that we can continue to turn the dial and continue to phase in the economy."

Michigan's near-term future will be decided by Whitmer's six-step plan to phase in new sectors of the economy every two weeks or so as the state gains more control of the coronavirus. Last week, Whitmer partially lifted the stay-at-home order to permit larger outside gatherings and dine-in service at restaurants and bars at 50% capacity.

"The governor's MI Safe Start Plan is re-engaging our economy slowly and deliberately to avoid a second wave of infections, like we are already seeing in other countries," Michigan Department of Health and Human Services spokeswoman Lynn Sutfin tells Metro Times. "This allows for incremental steps to be taken to allow areas of the state or certain business sectors to open, and time for evaluation on the impact that change has on case counts and trends and positive tests. We are putting the health and safety of Michiganders first. The plan is for a period of data observation before [starting] another phase of activities that would be riskier in nature. If we open up too fast, we will have to go through this pain all over again and put our economy, health, and medical system at risk. The governor's phased plan will help ensure we keep more people healthy and out of hospitals."

Whitmer has not definitively said when she expects in-person schools to reopen. In the meantime, she created a task force to help her decide when it's safe for Michigan's 1.5 million students to return to classes.

"It's my hope that we will have some form of in-person education in the fall," Whitmer said on May 15. "It's dependent on how we perform in the interim. Regardless, we have to have a plan driven by how we keep people safe, so when we engage, we are ready to roll."

Each Michigan college and university has different plans for reopening, but most have said they will require students and faculty to wear masks.

Northern Michigan University and Lake Superior State University are planning to start their fall semesters in August. At Oakland University, the fall semester is expected to kick off in September with staggered in-person classes that could take place in the evenings or weekends to avoid crowded classrooms.

Michigan State University, which was the first university to suspend in-person classes in March, will offer a blend of in-person and online classes when its semester begins on Sept. 2.

The University of Michigan has not yet announced what it plans to do, but school officials recently expressed optimism about an in-person fall semester.

At Wayne State University, where President M. Roy Wilson is an epidemiologist, school officials are taking a unique approach to making classrooms safer. A team of health experts developed an early detection system that requires faculty and other employees to answer questions online to indicate whether they're at risk of having COVID-19. If they are, the barcode on their employee IDs will prevent them from entering campus buildings. 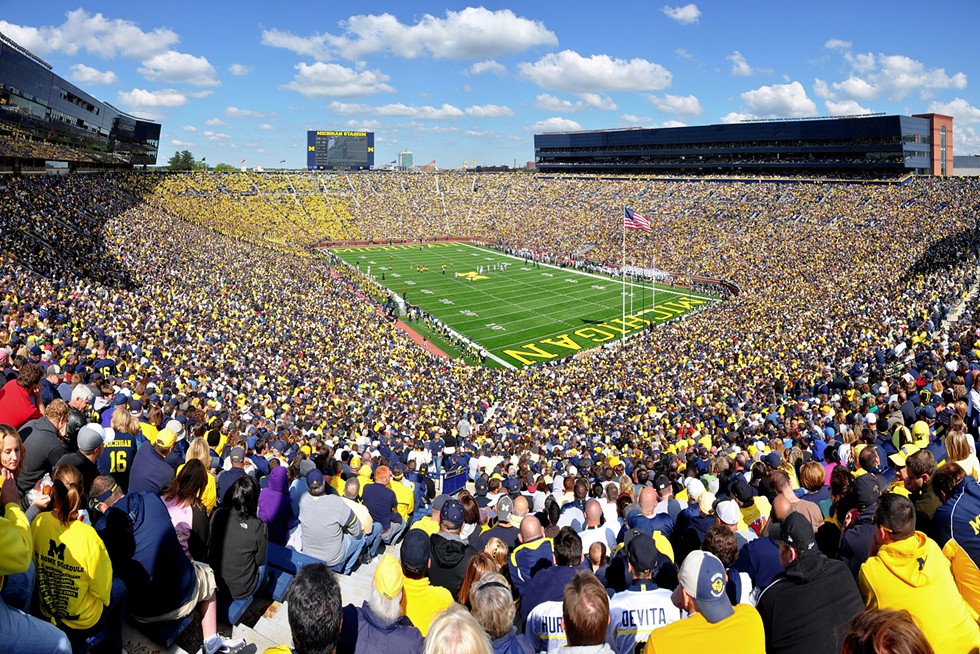 At the beginning of the semester, each WSU student and employee will receive three masks, along with guidelines on how to use them.

"It takes a lot of planning and research to understand how to do this," Chopra says. "This is the new normal, and we can do it the right way."

The university plans to offer a hybrid of in-person and online classes. WSU plans to release more details about the schedule on July 15.

K-12 schools and universities are also expected to be dealing with funding shortages because of state budget cuts and drops in enrollment.

Due to the economic impact of the virus, Michigan is also expecting a $3.2 billion shortfall across its $10 billion general fund and $14 billion school aid fund. Whitmer is calling on Congress to help the state plug its deficit.

"There's simply no way to cut our way out of this," state budget director Chris Kolb said at a news conference Thursday. "With a general fund that's been flat for 20 years, there's very little left to cut from the state government without impacting essential and critical services and programs."

Epidemiologists and public health experts say life is going to be different, at least until a treatment or vaccine is produced and deployed.

‘I think the virus is here to stay. We will have to do things differently for the rest of our lives, which we will all get used to with time.’ tweet this

Some doctors see hope in the antimalarial drug hydroxychloroquine to treat COVID-19, a potential cure that has been promoted by President Donald Trump, but recent reports cast doubt on the effort. Last month, the medical journal Lancet published a study that looked at 96,000 hospitalized coronavirus patients on six continents and found that COVID-19 patients who received hydroxychloroquine had a significantly higher risk of death compared with those who did not, though some scientists have questioned the findings. In the meantime, Detroit's Henry Ford Health System is heading the nation's first large-scale study of the drug as a possible preventive measure against COVID-19, seeking 3,000 volunteer first-responders to take it as part of an eight-week study that wraps up in July.

It's anyone's guess how long it could take to develop a vaccine, but experts generally believe it could be another year or two, they say.

"It's a very long, complicated, and arduous process," Dr. Joel Fishbain, medical director of infectious disease and epidemiology at Beaumont Grosse Pointe Hospital, tells Metro Times. "We have to make sure the vaccine is safe. I don't think everyone is going to jump on the first vaccine."

Until then, concerts and sporting events are unlikely to take place in front of large audiences. If they happen at all, they're likely to be on television or streamed online.

"We're going to be in a new normal for quite a while," Whitmer said on May 15. "We have to have a vaccine. We are not there yet, but I think that we can have sports, but the way we observe them may look different for a while."

In the meantime, handshakes are likely to disappear. Masks and hand sanitizer will be as ubiquitous as cell phones. And open-air offices may turn to cubicles.

Although coronavirus infections are declining in Michigan, epidemiologists expect outbreaks to occur in the future.

Widespread testing and contact tracing are going to be key to containing outbreaks. When the coronavirus began spreading in Michigan in early March, the state did not have enough tests to control the spread. In April, an average of 5,500 Michigan residents were tested for the coronavirus per day. Over the past week, that number has nearly tripled.

Widespread testing enables the state to quickly identify COVID-19 infections. The state now has thousands of contact-tracing volunteers who are working with health departments to notify people who may have been in contact with someone who tested positive for COVID-19.

The more vigilant and educated people are about the virus, the better off everyone will be, experts say.

"There is no reason to believe we can't outsmart the virus," Chopra says.

State health officials say they understand people's frustration and their desire to return to normal.

"As COVID-19 is a new virus, much is still being learned about it," Sutfin says. "That makes it difficult to predict exactly what the next six months will look like here in Michigan, as much of it depends on all of us and the actions we take. Currently, we are urging Michiganders to take the appropriate precautions, including wearing masks, maintaining social distancing, washing hands, covering their cough and sneezes appropriately and staying home if they are ill. These actions will help prevent a second wave of the virus in our state."