A revisit with soul godhead Kem, talking of faith, sobriety and why wedding 'bands' are badass 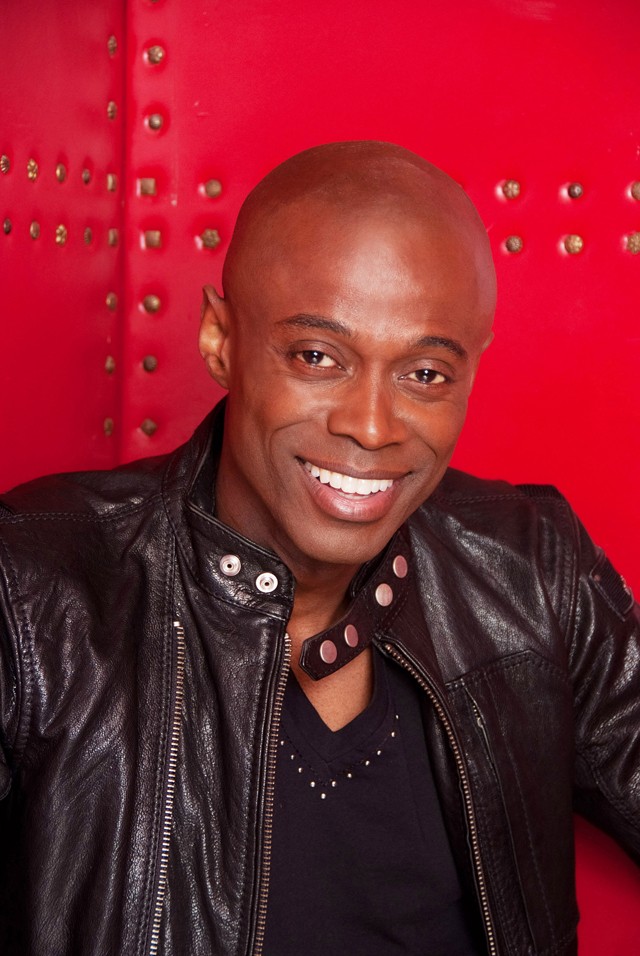 Detroit's reigning King of Soul is recalling with some discomfort the time in his life when he hit his substance-afflicted bottom. "It was July 1990," he says. "I was sleeping outside on the streets of Detroit having done a stint on the Cass Corridor, eating out of trash cans, being in the rescue mission, in and out of jail and hospital. I came to a place where I was sick and tired of being sick and tired. In recovery circles, we call that a place of surrender. I became open to the idea that there was a better way to live, and that I didn't necessarily have the answer or the knowledge or the wisdom to know how to get me to that place. At that point, I was able to reach out and receive help from a number of different individuals and organizations who helped get me back on track."

Twenty-one years later, Kem — who turns 43 this month — has recorded three critically acclaimed albums that have quietly sold hundreds of thousands of albums to an audience that's becoming more and more racially integrated, here and overseas, where he headlines tours hitting 500-800 seat venues. He has a scads of awards and nominations under his belt (including two Grammy nominations for his most recent record Intimacy: Album III). He's made a miraculous journey from the Cass Corridor, and one that should serve as an example to thousands. He's keen to stress that he didn't do it alone: "My faith is my foundation," Kem says. "Without that, none of this exists for me. My life doesn't look this way without that. My recovery starts there, and the music stems from there. The music comes from the same place. The ability to create this music and enjoy the benefits of living in my gifting all are contingent upon me recognizing my faith foundation."

So, yeah, Kem is a humble dude, in touch with his spirituality. And as nice as he is, he's a tough nut to crack. You get the impression that he's been asked about his turbulent time on the streets so many times that his answers are rote. Dude doesn't want to dwell on the crap he went through and go into any nasty little details, simply because his life is better now. Plus, he has two daughters.

Similarly, when asked about his time fronting a wedding band, he alludes to strange goings-on, but doesn't take the bait. "Those were good times," he says. "Those cats are the real musicians. Those are the real working musicians and singers. Not the ones that are necessarily on the cover of Billboard or on MTV or VH1, but the wedding singers, the cats that play in the casinos, that do the events down in Hart Plaza, that are doing four sets a night, 45-minute sets with a 20-minute break, working for four or five hours a night — that's respect. I'm still friends with the band I sang in, Persuasion. I have nothing but good memories. I learned how to be in front of an audience and work with a band. Then there's the bridesmaids hitting on you — there are stories you wouldn't be allowed to print."

To be honest, we almost certainly would — it's easy to picture Kem, with his perfect features, wooing bridesmaids Adam Sandler-style — but the crooner wouldn't be pushed.

Besides learning his craft at weddings, Kem says his church singing played a huge part in shaping him as a performer, just as it has about every R&B and soul singer ever to arise from the Motor City.

"I was a member of a choir at a church down in Warren," he says. "There are a lot of great Detroit singers and musicians that participate still at that church. I'm still a friend of the church. I spoke and sang there a couple of weeks ago. It's a great place and I have nothing but love for it. Definitely, being in a choir, the discipline of having to work with a band on a regular basis, to be on time, to sing harmonies and to know your music, it's definitely a great place. One of the great places in my life where I started developing and learning how to execute my craft, for sure."

Kem signed with Motown Records in 2001 and they've released all three of his albums. While that label hasn't been based in Detroit for years, Kem says there's something very right about being a Detroiter on that roster. "I'm very grateful to be a part of that Detroit legacy and part of that history," he says, but, he adds, "it was a business decision, though. Motown made us the best offer. We didn't set out to be signed by Motown, but we think that it's definitely fitting that I'm on the label. I recorded in a studio owned by Sylvia Moy who wrote songs for Motown, for a lot of the old Motown musicians. So, yeah, it's very cool. Everywhere I go, when I travel around, even overseas, there's an ongoing dialogue about Detroit music and Detroit musicians. You just want to represent that well. I'm not trying to imitate or become the next whoever. I'm really just trying to represent what we do well, in the same way that Kid Rock, Eminem, Anita Baker, Aretha Franklin and Bob Seger all represent the great and diverse music that comes out of the city."

Kem is clearly enjoying life right now. He keeps his faith and his recovery close to his chest, and he's seeing rewards. R&B has played such a huge role in Detroit's musical evolution our man is representing with pride; he does live here after all. Perhaps the most impressive thing about Kem is that he doesn't pander for career gain. He's successful on his terms; he isn't looking for a mainstream audience, but a mainstream finds him anyway.

Intimacy: Album III is out now via Universal Motown.