Danny and the Darleans - "Don't Ask the Question" (Nero's Neptune)

Kroha (of Gories fame) is back with new group 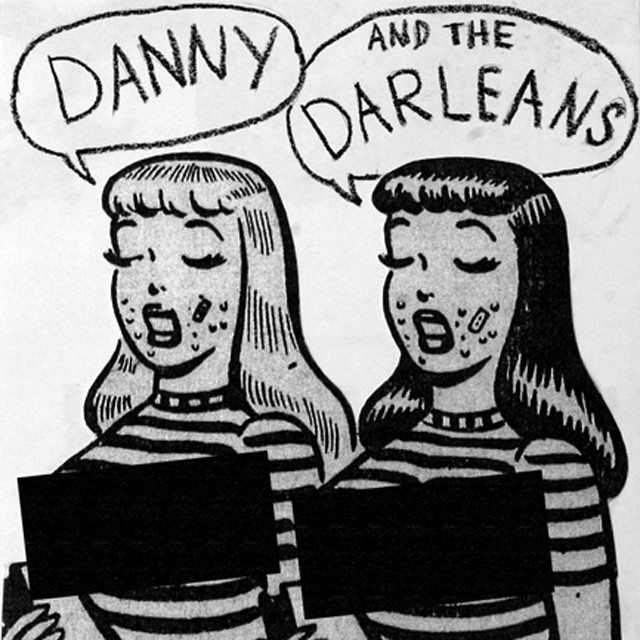 The Darleans drum up a bit of a boogie-fest on this single. Danny Kroha long ago secured local six-string sainthood with his raw, furious stint in the since-mythologized garage-punk trio the Gories, not to mention his work with gender-bending glam-blues bedlam in the Demolition Doll Rods in the '90s and early '00s. But displayed through 2009's short-lived the Readies was his reverence for the vocal melodies, strums and the R&B rhythms of Lou Reed. Fitting, then, that he and his new group, the Darleans, synch a fine cover of an overlooked Reed rocker from his pre-Velvet Underground period. Colleen Burke (bass) and Richie Wohlfiel (drums) provide the buoyant rhythms, while Kroha, with endearing gusto, tears away on a roaring, wound-up n' wayward riff storm for "You're Driving Me Insane." "Don't Ask the Question" matches the scuffed-up shuffle aesthetic, a minimalist bedrock of rollicking bass grooves and punchy drums giving space for maximum guitar and throaty anthemic howling.