Darkmarket: Cyberthieves, Cybercops and You 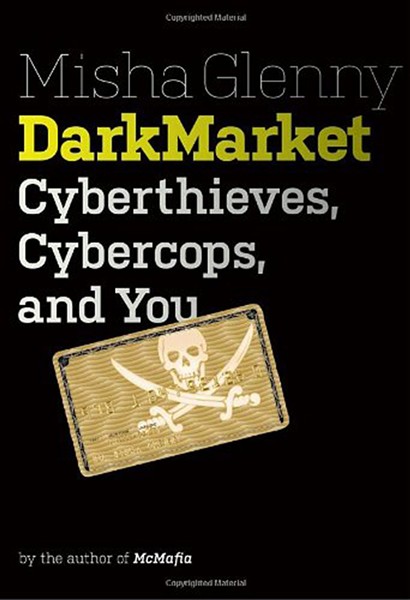 Darkmarket: Cyberthieves, Cybercops and You

The fear caused by credit card- and identity-thieving cybercriminals in Misha Glenny's DarkMarket is more immediate but less world-shaking than the Obama administration's cyberwarfare plans during the late Libya war were (reported Oct. 17, New York Times). Those plans were abandoned, ironically, in fear that other nations might also use cybertactics.

The minor, yet real, terror at this desk is that the required critical 300 words about this very well-done book might not come.

In the detective stories here, agents from the Secret Service, Postal Service and FBI, as well as British, German and French authorities, take down, infiltrate, even prop up criminal-enhancing websites during the 1990s and 2000s. Dark Market was the most recent of these sites.

Cybercriminal activities spanned from Ukraine to the rest of Europe, to Asia Minor, the Americas and eventually to Japan and China.

After DarkMarket's dense prologue of definitions and technicalities (e.g., What is "phishing"? Sending e-mail or spam to illegally elicit bank or credit card information.), Glenny then glides through his cops and hackers stories. The body of the book is not exactly linear, but is sometimes gripping, often surprising. The short chapters would suit many of those written about — the unexpected teen and early 20s male hackers who are the (anti)heroes of the book and of the 1990-2010 cyber underground. These true geeks were nurtured on video games. Whether from Sri Lanka, Estonia, Kiev or elsewhere, these youth sought money, sex and use of their skills from cybercrime. The Sri Lankan profiled stated they wanted to be masters in their peer group. "This was all a game. ... It is about respect. It is about your reputation."

One mark against: The subtitle reads "Cyberthieves, Cybercops and You." There's precious little practical advice or warning concerning consumer computer crime. Do not expect Preventing Cybercrime for Idiots.