Detroit Bankruptcy and the Impotent Cudgel 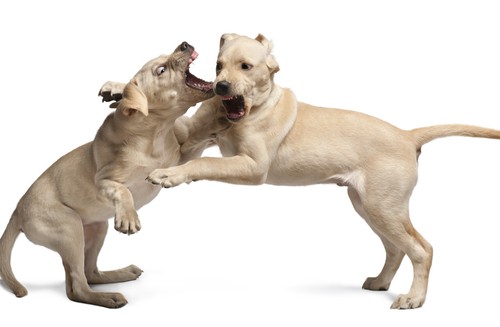 Was it really only four months ago that Gov. Rick Snyder introduced bankruptcy attorney Kevyn Orr as Detroit’s emergency manager? That day in March seems so distant now.

Maybe we’re feeling that way because so much has changed.

For starters, when Orr was appointed, Detroit’s debt was pegged at about $14 billion. Keep in mind, that number didn’t come from the city’s supposedly inept bean counters, but rather from the reputed pros sent in by the state to examine the books. Now, with the passing of fewer than 120 days, another $4 billion has been added to the city’s bill.

George W., we could understand, being off by millions — or even a few hundred million — but $4 billion?

Orr also told us that the “cudgel” of bankruptcy would be something feared by creditors, because, in Chapter 9, the law is weighted in favor of municipalities. So just the threat of filing for bankruptcy would provide strong motivation to negotiate in good faith.

And, if it was determined that bankruptcy was the only viable way for the city to once again become solvent, then the intent would be to work out agreements between various interests — or at least a majority of them — in advance.

“Structured bankruptcy” is the term Orr used during his introductory press conference, indicating that the process would be streamlined, avoiding a long, drawn-out and incredibly costly court battle.

So much for those high hopes.

At this point, the only guaranteed winners are the law firms that will be raking in the fees. That’s especially true of Orr’s former firm, Jones Day, which has been contracted to represent the city.

As far as avoiding court battles, an online publication for the McClatchy News service summed up the situation this way:

“Detroit’s historic bankruptcy filing — already thrown into turmoil by a Michigan court Friday — has ignited a largely uncharted legal front in the closely watched battle between public employee unions and governments across the country struggling to meet costly pension obligations.

“In Detroit, city pension funds sued Republican Gov. Rick Snyder and the city’s emergency manager, saying they could not use bankruptcy to reduce the pensions of about 30,000 current and retired workers to help ease the city’s $18 billion debt. They contended that the pensions were protected by the state constitution.”

Pensions are supposedly protected by the state constitution, but, as far as we can tell, the consensus among legal experts is that in a case such as this, federal law would trump state law. Even less secure are health care benefits for retirees.

Which is why U.S. Rep. John Conyers  (D-Detroit) is calling upon House Judiciary Committee Chairman Bob Goodlatte to hold hearings on what Conyers characterizes as the “increasing use of Chapter 9 bankruptcy relief by municipalities and other jurisdictions facing financial

distress — and the ramifications such bankruptcy filings — are having on impacted jurisdictions, and the nation, as a whole.”

“Among other things,” Conyers writes, “I am concerned the bankruptcy process is being misused to unilaterally abrogate obligations otherwise protected under law, such as pension, health care and other legal obligations, without sufficient legal safeguards or checks and balances, and that the process is anti-democratic and has the potential to be rife with conflicts of interest.”

First, federal Judge Steven Rhodes will have to rule on a state district court’s order that Orr withdraw the Chapter 9 bankruptcy filing on the grounds that it violates the state constitution.

A hearing on that issue is scheduled for Wednesday. Assuming the case is allowed to move forward in federal court, Detroit will have to make the case that it is truly insolvent, and that the only way it can get out from under its obligations is through bankruptcy.

If Rhodes decides that the city is, in fact, insolvent, then there will be fights between those holding debt that’s clearly “secured” — such as Department of Water & Sewerage bonds, which are promised to be repaid with user fees — and bonds backed only by the full faith and credit of the city.

Then there will be the fight that pits bondholders of all stripes (and their insurers) against both current city employees and the unions representing them, and the retirees looking to protect not only their pensions but also their health care benefits.

We sure don’t envy Judge Rhodes and the tough decisions that await him.

Orr has said that he wants to have all this wrapped up by the time his appointment expires in September 2014.

Given Orr’s limited track record in soothsaying so far, our trust is more than a little shaken. So we’ll believe that when we see it.