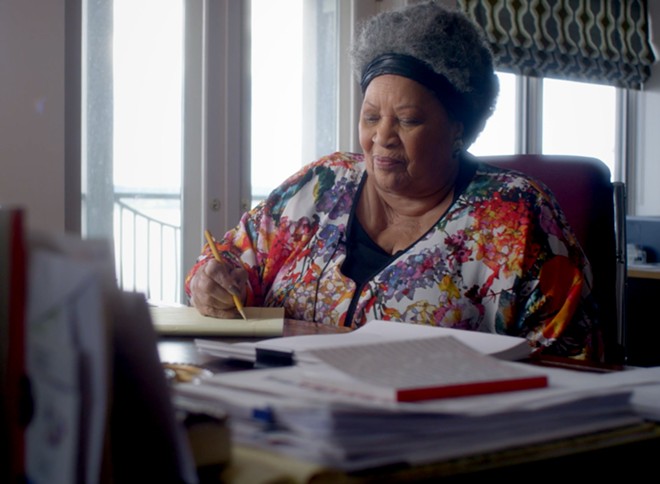 While there is plenty of available programming on paid streaming services relating to the history of race in America, local Detroit cinemas are screening three acclaimed documentaries to add to your watch list for free.

Both the Detroit Film Theatre and indie movie house Cinema Detroit will screen three documentaries, one each Sunday for three weeks for free, thanks to a partnership with the John S. and James L. Knight Foundation, O Cinema, and Magnolia Pictures, which will offer the series across eight cities.

The first of three films scheduled to stream Sunday, June 7 is 2016's I Am Not Your Negro. The Raoul Peck-directed documentary pairs an unfinished manuscript by James Baldwin with narration by Samual L. Jackson to explore the history of racism in America.

On June 14, the series continues with Whose Streets?, a film about the origins of the Black Lives Matter movement, born from outrage that left the community of Ferguson, Missouri, reeling when 18-year-old Michael Brown was shot and killed by police in 2014.

The series concludes with an intimate portrait of Beloved writer Toni Morrison. Directed by Timothy Greenfield-Sanders, Toni Morrison: The Pieces I Am explores the evolution of the prophetic iconoclast, novelist, and first African-American woman to win the Nobel Prize in Literature, who died in 2019.

Each film requires viewers to register ahead of time. Each Sunday at 1 p.m., a screening link and password will be sent out, which will allow viewers to watch the film within 24 hours. As part of its “virtual cinema” programming, Cinema Detroit, which has been closed since mid-March, will also offer the documentaries for purchase in an effort to support the Midtown theater during its closure.

To register for each film, visit magnoliapictures.com/knightfoundationseries.