Special Report: The editors have leapt over hyperbolic headlines to examine how events are being portrayed. We're holding feet to the fire on this one. 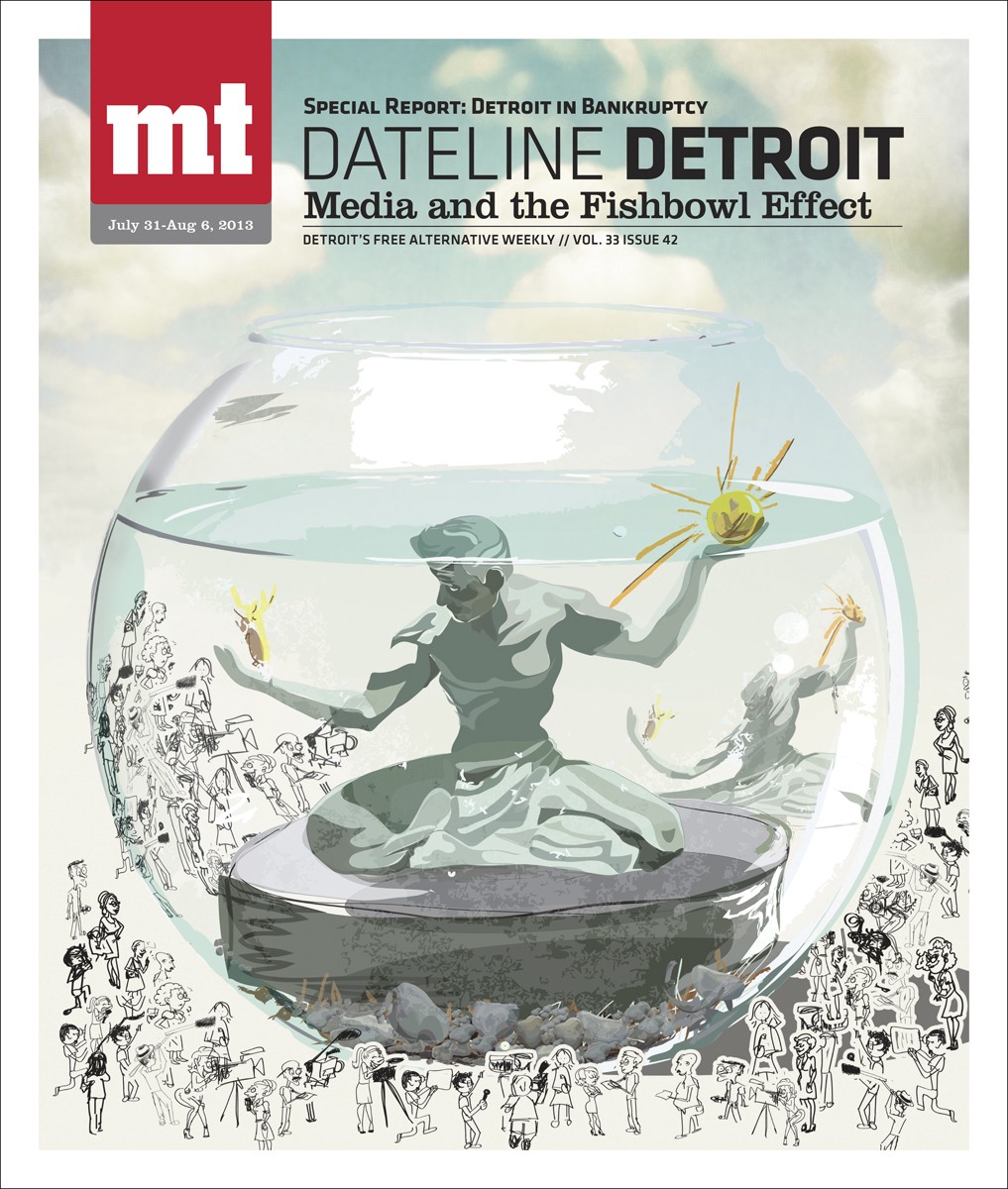 It’s been a hectic summer for the denizens of Detroit. Between the upcoming mayoral primary on Aug. 6, an 11th hour write-in candidate — whose surname bears a striking resemblance to another write-in candidate  — and the city of Detroit’s declaration of bankruptcy, it’s a wonder you’ve kept yourself together so well. This week, our special report is self-reflective: We examine the role the media has played in shaping the story of Detroit’s slow unwinding. Has Detroit’s press corps been getting the story right? What have outlets north of Eight Mile Road had to say? What about the lampoon press and the late-night talk show hosts? Finally, we seek to help you understand how politics and ideology overlay this very real tragedy.