Detroit in the News 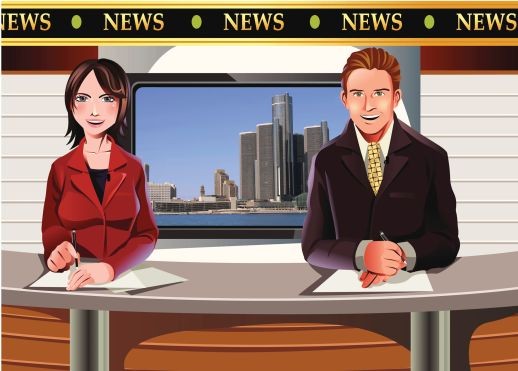 HOW GOOD OF A job is the mainstream media doing when it comes to what’s going on in Detroit?

That is the question a group of University of Michigan students spending a semester living, studying and working in the city mulled over during a panel discussion held last week at the Cass Corridor Commons.

Now in its fifth year, the urban immersion program, itself, is an interesting one. As noted on the university’s website, Detroit is an “ever-important American city [that] provides a dynamic and challenging opportunity for U-M undergraduate students to learn about both the plight and the potential of urban communities in the 21st century.”

They also participate in discussions like the one held last week. Moderated by Scott Kurashige, a professor of American culture and history and director of the Asian/Pacific Islander American Studies Program at U-M, the panel featured dream hampton (she goes the lower-case route with her name) and Lottie Spady.

As described in promotional material for the event, Hampton is a “writer, mother, filmmaker from Detroit, as well as a legendary hip-hop journalist, who has worked with such artists as Jay-Z and Notorious B.I.G.”

Kurashige opened the discussion by pointing out just how much national attention Detroit has been attracting lately.

“When I first started working at the University of Michigan about 13 years ago, you didn’t see Detroit come up very much in the national media,” he said. Now, the city is in the news so often it is experiencing what Kurashige described as “hyper visibility.” And its not just stories in newspapers, like the lengthy piece the New York Times recently did about billionaire Dan Gilbert, who has bought up much of downtown at bargain-basement prices. There are books — journalist Charlie LeDuff has a bestseller out, titled Detroit: An American Autopsy; and films, too, most notably the Oscar-nominated documentary Detroitopia.

Add to this mix the fact that the city has been placed under the control of an emergency manager — and could be facing the possibility of filing for municipal bankruptcy — and it is easy to understand why so many lenses are currently being aimed at Detroit.

What was interesting (not to mention a little unnerving for those of us who actually earn a living from traditional media) is how little importance the panelists and students alike put on the mainstream’s coverage of Detroit.

When Kurashige, after giving a nod to News Hits, asked if anyone from the mainstream was there, one student piped up: “I’m mainstream! I’m on Facebook.”

That got a good chuckle, but the point is a serious one. Advances in technology have reduced the filtering role traditional news media play, with people often providing their own coverage of events that are important to them. And even when traditional media provide the foundation of coverage — like that NYT story about Gilbert, say — it immediately gets “deconstructed” as people use social media to share and critique it, Spady pointed out.

Part of the problem, she said, is the corporate bias that shapes most mainstream media coverage. The relentless cheerleading Detroit’s two daily newspapers have been doing for Detroit’s emergency manager, and the governor who appointed him, is a prime example.

Having a media that fails to reflect grassroots concerns and desires is part of the reason people are turning away from it and seeking new sources of information.

That sort of failure isn’t exactly a new thing, Hampton said. After describing the frequently hostile, and even violent racial interactions she experienced growing up on Detroit’s east side in the 1970s and ’80s, she talked about the abandonment of the city that, for years, received little critical analysis. “How did they think this model of a donut [with Detroit being the whole in the center] would work?” she asked.

The answer is, it didn’t. Now, the abandonment is widely being covered — some would say exploited — with little attempt being made to understand the conditions and policies that led to it.

In addition to that criticism, Spady landed a few well-placed jabs at what she sees as corporate media’s acquiescence to the agenda set by monied powers. Then she offered a note of caution when it comes to the importance of new media as well. Citing the widespread attention given to the role social media played in helping to bring about the Arab Spring revolts, she said that things like Twitter and Facebook can only accomplish so much.

The foundation of any mass movement begins with “community building.” That’s why she’s been putting so much energy into the Re:Media, a project of the East Michigan Environmental Action Council, which is headquartered at the Cass Corridor Commons.

“It’s all about relationships,” she said.

After the program had concluded, we collared a few of the students to get their take on it all.

Matt Rosner, who grew up in Commerce Township, and Sam Oliver, who’s from New York City, had similar views. Detroit is a complex, and in some ways polarized place. And much of the coverage they see focuses on individual aspects of what’s going on.

Young hipsters and artists are coming to save the city! Dan Gilbert is saving the city! The city is like an addict, and the emergency manager is here to provide intervention! The neighborhoods are abandoned wastelands devoid of hope!

“In a way, everything gets blown out of perspective,” said Oliver, who’s 19.

What they’re learning in the Semester in Detroit program is to take a more “intellectual approach” when looking at what’s happening; taking into account both the historical forces and the macroeconomic conditions that have combined to help shape the Detroit of today.

What’s also missed is the work being done by people like Hampton, Spady, Kurashige and countless others working at the grassroots level to move the city forward.

“There is a lot of resilience here,” observed Rosner, who’s also 19.

That alone is probably a news flash to a lot of people whose understanding of Detroit is gleaned from the mainstream media.