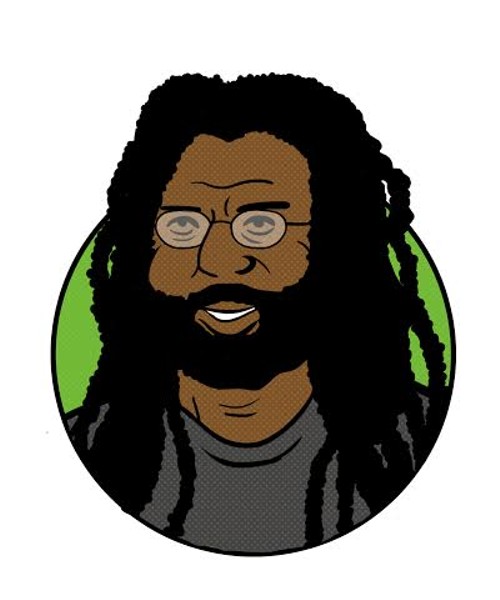 This could be Mayor Mike Duggan's first really big crisis. The Detroit Water and Sewerage Department has been a hot potato since it began its policy of shutting off service en masse for Detroiters who were behind in their payments this past spring. Now it's been tossed in Duggan's lap.

Last week, emergency manager Kevyn Orr, who screwed this one up spectacularly, gave authority over the DWSD to the mayor. Before now, Duggan was pretty much in charge of getting the streetlights on, dealing with blight, and the fire department. Orr was in charge of everything else and had veto power over anything Duggan did.

So now we'll see how Duggan does with his big-boy mayor pants on when it comes to managing a crisis.

It would be difficult, though not impossible, to make an even bigger mess of this than Orr's stewardship did. In early June, it was reported that his office was reviewing bids to privatize the water department and that the selection process would be completed in two weeks. Two months later, the water situation is in such chaos that the shut-off was called a violation of human rights by the United Nations.

It would seem that the horribly wrong policy of massive cutoffs to residential customers was some kind of accommodation to the privatization process. That in itself is reason to mistrust turning the DWSD over to a private agency. The DWSD is known for mismanagement, but privatization is not the answer.

Water privatization is known for rate hikes and service cutoffs. Money collected goes to servicing investors rather than back into the system as it would for publicly owned utilities.

However, in Detroit's case a lot of the money goes into paying off debt. According to a letter to Duggan written by the ACLU Legal Defense Fund and the NAACP, Orr and the DWSD residential customers already pay a higher rate for water than most of the country. That's because we're subsidizing: bad investments made by DWSD officials. The letter points out that the DWSD spends nearly $420 million annually to pay off those bad deals, far more than the $380.6 million it pays to operate its system.

And this is in a city with unemployment and poverty rates are among the highest in the nation. That's a recipe for disaster.

There are deep reasons why there's so much concentrated poverty in Detroit, and they have little to do with a population of lazy laggards. We already pay more for auto and home insurance than anybody outside the city limits. We pay taxes that don't even exist in some communities. We're supporting an infrastructure that was built for a population nearly three times the size of the current residency. The regional public transit system does not efficiently transport people to jobs outside the city. And our unemployment and poverty rates are among the highest in the nation.

And, yes, we pay nearly twice the U.S. average for water. It's even worse when you consider that the Environmental Protection Agency has recommended that water and sewerage rates not exceed 2.5 percent of the median household income in the area. The ACLU-NAACP letter cites an L.A. Times estimate that many Detroiters spend 20 percent of their household income on water services. No wonder we face a crisis.

But facing economic problems is not just a Detroit thing. Last week, the results of a study of 7 million subjects by the Urban Institute found that 35 percent of Americans have debt in collections. "This is yet another really bad legacy of the Great Recession that we're just nowhere near climbing all the way out of," Josh Bivens, of the Economic Policy Institute, told USA Today.

Things are pretty tough everywhere. They just happen to be tougher in Detroit.

Part of the problem is that DWSD put all the people who haven't paid their water bills in the same bag. There was no effort to figure out just what's going on out there. That's what happens when you sit inside the office and go over figures. Rather than figure out who qualifies for an affordability program, they saw the public through one lens.

Yes, there are some folks who could afford to pay but haven't. Some of them have paid up since the cutoffs began. Then there are those who scrape together to pay what they have to in order to keep things going. If the water is going to be shut off, they scrape together enough to pay the bill — but that means putting off the phone bill or the insurance payment, covering that hole in the sole of your shoe with a piece of cardboard, skipping that trip to the doctor's office, cutting back on food, or just going hungry.

That's the way things went in my house when I was growing up, and my father always had at least two jobs. You robbed Peter to pay Paul.

Then there are people who just can't pay. These are the people with no one to turn to and no options. They just live on the edge, doing what they must in order to get through the day.

Some people pay rents that include water costs, but scummy landlords just hang onto the cash instead of paying the bills.

And then there are large public and corporate entities that owe thousands — nobody went after them until the injustice of shutting off residential service hit the headlines. After getting shut-off notices, Comerica Park, the Detroit Medical Center, and the Detroit Athletic Club all paid their past-due water bills. Wayne State University owes $200,000, which is nothing next to its lighting bill (which is some $2.5 million). Joe Louis Arena and Ford Field also owe hefty tabs. And a bunch of businesses are whining about being charged their stormwater drainage fee after the bill-paying public has subsidized them for years.

This is not all on residents. This can't be broken down as another fault of the lawless citizens of Detroit who don't think they have to pay their bills. We pay bills — enormous bills — for just about everything. We pay higher prices at convenience stores so the owners can pay for the thick, plastic security encasements they hide behind.

Now it's up to Duggan to lead as we muck our way through this. Something significant may have already happened between the time of this writing and when you read it. Meetings on the subject were scheduled for early in the week. And Tuesday was the end date for the temporary moratorium on shut-offs.

I suspect that the shut-offs won't continue in the way they were first introduced, and that there will be more effort put into figuring out who qualifies for subsidies — before their water is shut off.

We'll see what Duggan does. And we'll get a glimpse of what his mayoral approach will really be. Orr should be leaving town when his tenure as emergency manager is up at the end of September — if the bankruptcy's settled by then. And while there's been talk of some kind of recovery oversight board, Mayor Duggan will be at the forefront of it all.

We're going to see pretty quickly how he juggles those potatoes. And we'll see if folks in the neighborhoods will continue to bear the brunt of costs while others continue to wag a condescending finger at us. — mt