Detroit vs. Lansing: Them vs. Us 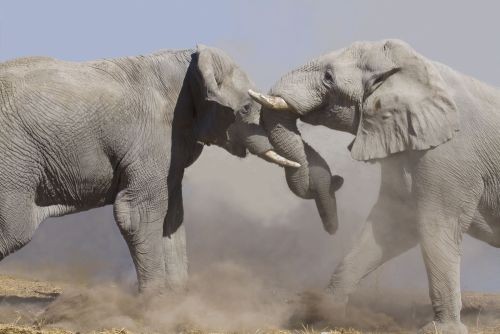 Ten days ago, it looked very much as if a compromise had been reached allowing almost a half-million Michiganders without health insurance to get Medicaid.

Additionally, it seemed certain that the Detroit mayor’s race would come down to Mike Duggan vs. Benny Napoleon, with the vast majority of the business community and political power structure openly — or quietly — backing Duggan.

To most, the former Wayne County political fixer and Detroit Medical Center czar seemed the only candidate with the power, vision and know-how to maybe — just maybe — get Motown moving forward after the emergency manager takes us through whatever form of pseudo or real bankruptcy the city ends up going through.

Yet, all that is in tatters now. To everyone’s shock, Duggan was tossed off the ballot on a flimsy technicality, meaning Napoleon, a man who so far has been sadly unable to articulate any vision other than fighting crime, is likely to become mayor virtually by default, given the decidedly motley crew he’ll face; more on Duggan, later.

Meanwhile, Gov. Rick Snyder, a man used to getting what he wants, got shafted — royally — by the right-wingers in his own party by dealing him a humiliating defeat over Medicaid. What made this worse is that the governor cut a trade mission to Israel short and hightailed it back to Lansing to plead with the state Senate.

Not only did they ignore him, they ran away. Senate majority leader Randy Richardville of Monroe, who is, like Snyder, a Republican, stayed loyal to the only constituent in the state he evidently cares about: himself.

With the governor pleading for the Senate to stay and vote, Richardville cut and ran, sending them home on a summer vacation that the overpaid legislators have done little to earn.

To justify that, Richardville emitted the biggest load of bullshit to come out of Lansing in years, and that’s saying something. He claimed: “Members of my caucus have been working hard to improve on something that was hoisted [he probably meant foisted] upon us by a federal government that had very little consideration for the impact of this program on the taxpayers of Michigan. We owe it to our neighbors and communities to thoroughly review this issue.”

Oh, barf. What’s at stake with Medicaid has been clear for many months, and is so simple an illiterate non-English speaker, or even a state lawmaker, should be able to understand it: Washington offered, months ago, to expand Medicaid coverage to individuals and families earning a third more than the official poverty level. Currently, only those at or below that level are eligible; we’re talking an income of no more than $23,550 a year, for a family of four.

The federal government offered to boost eligibility to those making as much as a third more than that. Currently, that works out to no more than $31,300 a year for that same family.

That certainly isn’t being flush with cash. Try feeding and clothing the kids on that, let alone buying health insurance. Humanitarian grounds, alone, would justify signing up. Yet the price to the state is the real clincher: For the next two years it is absolutely free.

After that, it goes up slightly until 2020, when Michigan will still be stuck for no more than 10 percent of the cost.

The state’s payment would then be frozen at that rate. It is almost impossible to exaggerate the benefits it will bring. Even when the state is paying its measly one-tenth, the cost will be less than employers will save by avoiding a coming fine for not complying with Obamacare; not to mention the savings hospitals and those with health insurance will reap.

Elsewhere, even right-wingers mostly get it. Arizona Gov. Jan Brewer, famous for rudely insulting President Obama, quickly moved to sign up her deeply red state for Medicaid expansion. So did other states where lawmakers can count.

But not the right-wing zealots of Michigan, who vow to oppose any expansion of “government” health care, and tremble in fear of a primary challenge from a Tea Party wacko further right than they. Think, by the way, of the irony of this:

Tea Party types like to drape themselves in the flag and prattle on about the Founding Fathers. In fact, George Washington and Ben Franklin et al. actually faced the threat of being hanged for standing up for what they believed in. Today, Michigan lawmakers aren’t willing to even risk a crummy $71,685 job that term limits will soon force them to give up anyway.

Actually, the irony is even worse. The fact is, there were enough votes to pass the Medicaid expansion — had a vote been taken. Two sources told me that either 10 or 11 of the 26 Republican senators would have supported it. Added to the dozen Democrats, that’s at least a 22-16 majority.

But Richardville told people that he wouldn’t let that happen unless he could deliver at least half the GOP delegation. Apparently Randy, who has to leave the Legislature anyway in a year and a half, is worried more about offending his caucus than providing health care for hundreds of thousands.

Snyder, for the first time in his governorship, was clearly angry. “Leaving this undone will negatively impact our people, health care providers and businesses … that’s unacceptable.

“Our senators need to take a vote, not a vacation,” he fumed. In response, they figuratively gave him the finger.

For two years, on issues from motorcycle helmet repeal to right-to-work, the governor has pandered to the far right. His reward was this, plus a letter from a bunch of leading Tea Partiers earlier this month saying they wouldn’t support him for re-election, since he committed the outrage of inviting the U.S. secretary of health and human services to speak in our state.

Fifty years ago, another business-oriented governor named George Romney stood up to the Tea Party of his day, the Goldwater Republicans. They called for his defeat.

He said screw ’em, and won by a landslide. Snyder doesn’t seem to be much of a history buff, but there’s a lesson here.

What’s Next for Mike Duggan? If you want to consider a real case of sabotaging democracy and disenfranchising the voters, consider what happened to Duggan. The law says anyone wanting to run for mayor has to be a registered voter in the city a year before filing to run.

The filing deadline was May 14. Duggan became a registered voter April 16, 2012. He should have been home-free. But first a circuit judge and then the Michigan Court of Appeals took him off the ballot. He could have appealed to the state Supreme Court, but bafflingly decided to throw in the towel.

Why didn’t he qualify? He turned his signatures in early, on April 2. Had he kept them in a desk drawer two more weeks, he would have been fine. Someone in the city clerk’s office ought to have told him to come back later, but they didn’t.

This is an outrageous case of ignoring the spirit in favor of the letter of the law. However, there may be a silver lining to this. It is clear what Duggan should do now; Run for Wayne County Executive next year; he would be a virtual shoo-in.

Following that, he ought to press the Legislature to do the only thing that would really save Detroit: Merge it with Wayne County into one consolidated governmental unit.

If he could accomplish that, he would truly have done something worthy of history, and future generations’ gratitude.