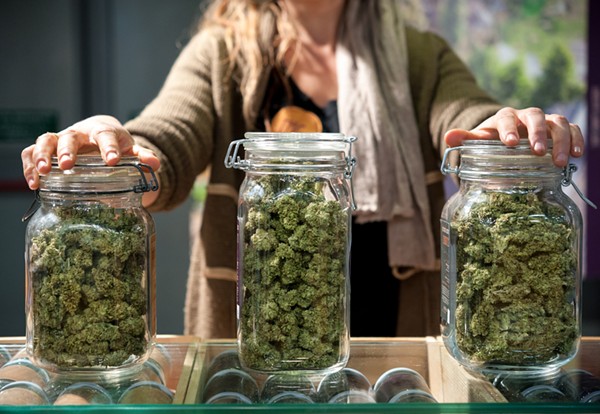 Some recreational cannabis businesses may open in Detroit despite a ban because city leaders took too long to take action.

But according to the state law that legalized recreational marijuana, the MRA “shall approve a state license application” if the proposed business applies before a community imposes a ban and meets all of the qualifications.

MRA spokesman David Harns confirmed to Metro Times that businesses that applied before the ban was imposed on Nov. 5 are eligible for a license.

“If we receive an application and there was no prohibitive ordinance in place, that application wold be granted if all of the criteria is met,” Harns says.

Council members said the ban is temporary and intended to give the city more time to establish regulations for recreational marijuana businesses. It’s unclear why the council waited a year before discussing regulations.

Detroit is among 79% of Michigan communities that imposed a ban on recreational marijuana businesses, despite the promise of new tax dollars and economic development. Many have adopted a wait-and-see approach and could revisit the issue later.

Beginning Dec. 1, recreational marijuana businesses will begin opening up and selling cannabis products to anyone 21 years of age or older.

In the first full fiscal year, marijuana sales are projected to generate $180.5 million in taxes, according to the Michigan Senate Fiscal Agency. That number is expected to grow to $287.9 million by 2022-23.

It's unclear which businesses or how many of them applied before the ban went into effect. The state is withholding that information until applications are approved.