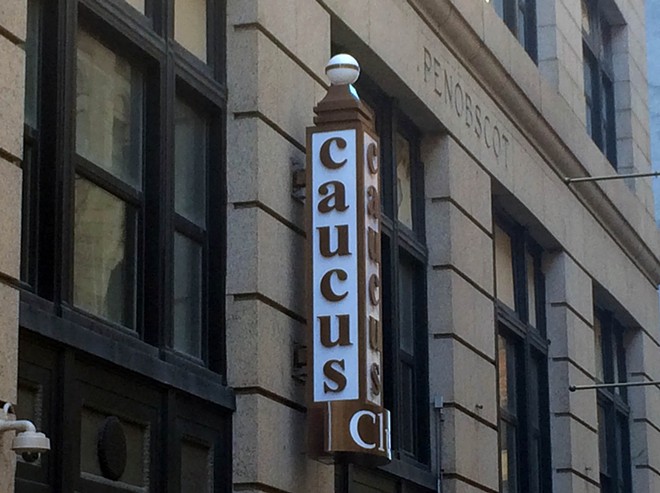 Detroit's longstanding Caucus Club is reminding customers it has a dress code. Apparently, the restaurant has a "smell code," too.

The restaurant took to Facebook earlier this week to remind diners to wear business attire.

It also called out customers for smelling like weed.

"Seriously people, hoodies and jerseys are not business attire," the restaurant wrote in a Facebook post. "Neither are ball caps

. Most importantly, if you smell like marijuana don’t even think of stepping inside the Caucus Club."

An attached image added, "Please be mindful that strong 'odors' are unacceptable."

"Just come out and say what kind of people you don’t want at your restaurant, no need to tip toe around what you really mean," one woman wrote.

We're guessing the owners of the Caucus Club have never had the pleasure of eating a steak after smoking a blunt. But cannabis-friendly upscale restaurant could come to Detroit soon enough. Last year, Detroit City Council approved an adult-use cannabis ordinance that allows for consumption lounges, where food could be served along with joints.