Gluten-mania: Dispelling the myths behind a food fad 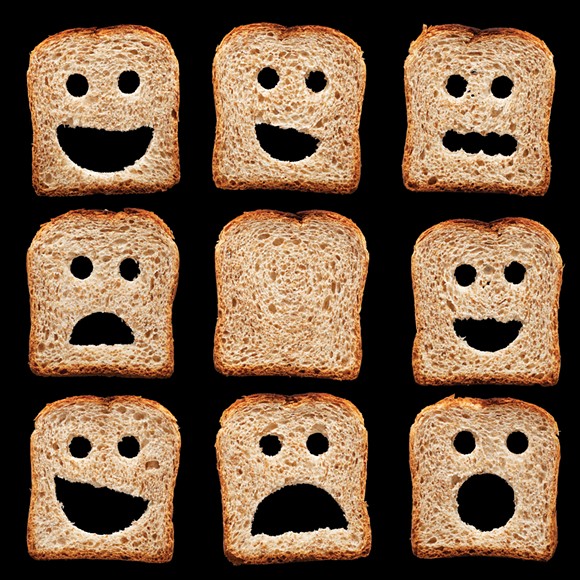 We all have friends who blanch at the sight of a bread basket. "Oh, I'm trying to cut down on gluten," they say.

Gluten is this decade's boogeyman of nutrition. One survey showed that a third of American adults are trying to eliminate it from their diets. Gluten, a protein component of wheat, barley, and rye, thus joins MSG, fat, carbs, and anything-the-cavemen-didn't-eat on a long list of bugbear food components that have panicked successive waves of Americans.

I have a friend with celiac disease — like 1 out of 133 Americans (seven-tenths of 1 percent). It is a pain in the ass, and her consequences for eating gluten are serious: Before she was diagnosed, she had cramps worse than labor pains and lost 12 pounds in a week.

When she orders in a restaurant and specifies gluten-free, my friend always adds, "It's a doctor-diagnosed thing, I'm not just a pretentious hipster." This is so 1. no one will think she's a pretentious hipster, 2. the kitchen will be alerted that something is at stake; they actually need to be careful not to contaminate her order with gluten. She's not just "trying to cut down."

There are two other categories of people who should eat no gluten at all: those with wheat allergies and those with gluten sensitivity. The latter category is still controversial among scientists. Some think it's mostly a product of mass hysteria, but the pioneering celiac disease researcher in the United States, Alessio Fasano, says it's real even though we can't explain it scientifically yet (more below).

In his 2014 book Gluten Freedom, Fasano, who is director of the Center for Celiac Research and Treatment at Massachusetts General Hospital, estimates that 3 million people in the U.S. have celiac disease (only a fraction of them diagnosed); about 20 million are sensitive to gluten; and just under 1 million are allergic to wheat. Twenty-four million people equals a lot of suffering, but at 7 percent of the population, it's not enough to explain why sales of gluten-free products are expected to top $15 billion this year, doubled since five years ago.

A lot of people have jumped on the anti-gluten bandwagon who have no reason to be there. It's a free country — eat what you want — but if you're in the vast majority who needn't be scared of gluten, shed the chains of fear, and celebrate. Have a beer.

What does gluten do?

Let's start with what the good gluten does. It has few nutritional properties, but when it's mixed with water and yeast during the fermentation process, its proteins form a network that traps starch and gases. This is what allows bread to be airy and light. If you like croissants, brioches, or even the bread-like substance that surrounds a McDonald's burger, you have gluten to thank.

Gluten's elasticity and stickiness make it ideal for pasta, and it's now added to a long list of processed foods as well: cereals, crackers, soups, dressings, spreads, lunch meats, frozen vegetables. According to Michael Spector, who researched gluten in "Against the Grain" for The New Yorker, nearly a third of the foods found in supermarkets contain a component of wheat — gluten or starch or both.

Worldwide, Spector says, "wheat provides about 20 percent of the world's calories, and more nourishment than any other source of food." So when you demonize wheat, you're going up against some valuable and favorite foodstuffs.

If you have celiac disease, wheat is indeed a demon. It's a genetic disorder in which the body mistakes gluten for an invading bacterium; the autoimmune system attacks. This damages the villi, the little projections in the lining of the small intestine that allow you to absorb nutrients. When you can't absorb nutrients properly, you're prone to anemia, osteoporosis, and miscarriage. Other indications include fatigue, migraines, foggy brain, depression, joint pain, rashes, infertility, and tingling or numbness in the hands and feet, as well as gastrointestinal symptoms like pain, diarrhea, vomiting, and bloating.

If you're allergic to wheat, on the other hand — an entirely separate phenomenon — your symptoms will be like those of other food allergies: shortness of breath and a rash. They're likely to appear with minutes or hours of ingesting wheat, unlike the long-term damage caused by celiac disease.

Why is celiac disease increasing?

Celiac disease is on the rise — it's quadrupled in 60 years. Joseph A. Murray of the Mayo Clinic told The New Yorker that he had compared saved blood samples from Air Force recruits from 1948-1954 with recent samples from demographically similar men ages 20 and 70. Only 0.2 percent of the earlier group showed the antibodies of celiac, while 1 percent of today's group did. The fact that the increase affected both old and young, Murray said, implies that the cause lies in the environment.

One theory blames the increase on changes in our microbiomes — the world of micro-organisms that live in our gut. It's only in the last few years that scientists are realizing the complexity and importance of that hidden genome, which contains 100 times more genes than humans do.

Our microbiomes are affected by diet, pregnancy, infections, surgeries, use of antibiotics, and travel to other parts of the world, where the indigenous micro-organisms are not what we're used to. And most of those six factors have changed or increased mightily in the last 60 years.

Fasano, the doctor, discovered patients who carry the genetics for celiac but who had remained symptom-free for up to 70 years before finally developing the disease. Something specific had happened in their guts, he posits, to tip the balance over, from tolerance of gluten to an autoimmune response.

He is now working on a study to try to "pinpoint when, why and how these changes take place," he told the Celiac Disease Foundation. "Can we intervene to re-establish order? That would be the Holy Grail."

Fasano is well aware, though, of the types of marketing that surround anything to do with the gut. He warns, in advance, against the idea of a universal probiotic or prebiotic. "Interventions would need to be customized" to the individual, he says. "We're moving targets."

Another theory to explain the rise of celiac disease, popular on the internet but not among scientists, is that wheat now has a lot more protein in it than it used to, and that's caused more people to become intolerant. Researchers who have studied wheat genetics over the years, however, see no protein increases in the last 50 years or even the last 100.

Is gluten sensitivity a thing?

Gluten sensitivity is the trickiest of the three reactions. Symptoms include bloating, diarrhea, cramping, stomachache, and constipation. Some have reported eczema, joint pain, leg numbness, anemia, depression, and foggy brain. But patients show none of the biomarkers that are present with celiac disease or wheat allergy. Not the gene alterations, none of the antibodies in the blood. An endoscopy shows no damage to the villi. In a 2014 interview with the Celiac Disease Foundation, Fasano said, "We're working hard [to find] biomarkers. But I think where we are with gluten sensitivity is where we were with celiac disease 20 years ago."

In Gluten Freedom, Fasano proposes that gluten sensitivity is a "diagnosis of exclusion." Rule out celiac disease, for which there are definitive tests, and other problems like irritable bowel syndrome. Fasano says if your symptoms are clearly triggered by gluten and relieved by eliminating gluten, you may call yourself gluten-sensitive — if, that is, you undergo a double-blind challenge in which neither you nor the medical personnel knows the gluten content of the foods offered. That's to eliminate the placebo effect, which is, after all, one of the strongest effects known to medical science.

To make the picture murkier, it's possible that it's not gluten at all that triggers the symptoms of those now called gluten-sensitive. It could be something else in wheat, or something else in combination with gluten.

Wheat contains a lot of carbohydrates. To try to tease out the effects of the various components of wheat, some Australian researchers recruited 37 people who said they couldn't digest gluten. They then put them on a stricter diet than gluten-free: The volunteers were also banned from a particular group of carbohydrates called FODMAPs — found in garlic and onions, foods high in fructose like honey and apples, and dairy products. No fun, but I guess the symptoms were less fun.

After two weeks on the no-gluten, no-FODMAPs diet, with everything the subjects ate controlled by the experimenters, their symptoms diminished. All said they felt better. The sneaky scientists then slipped some of the subjects some glutenous foods, without their knowledge — and they got no reaction. The hidden gluten did the volunteers no harm. Neither did the scientists find any biomarkers in their blood, feces, or urine that suggested they were having a metabolic response to gluten.

Joseph A. Murray of the Mayo Clinic, who is president of the North American Society for the Study of Celiac Disease, told The New Yorker that, biologically, it makes more sense to blame the FODMAP carbs for abdominal pain, bloating, and diarrhea than to blame gluten. Bacteria in the colon ferment carbs, and that produces gas. Kind of simple, but not trendy.

But by the time the FODMAPs study came out in 2014, "it was almost too late to put the genie back in the bottle," he says. "You have millions of people out there completely convinced that they feel better when they don't eat gluten — and they don't want to hear anything different."

How to know for sure

If you think gluten is messing you up, get a real diagnosis. Tell your doctor about your symptoms. Get a blood test for the antibodies that indicate celiac disease. If the test is positive, the bad news is you'll be giving up beer and biscuits. The good news is that there is a guaranteed, non-invasive, safe (but difficult) cure for what ails you: Stop eating gluten. You should also get an endoscopy to make sure (if you are celiac, it will show damage to your villi).

If the tests for celiac are negative, make sure other conditions are ruled out: irritable bowel syndrome, Crohn's disease, arthritis (if you have joint pain), neurological conditions (tingling). If they are eliminated too, try a gluten-free diet.

Note: A gluten-free diet is not automatically a healthy diet. Think of what happens with processed low-fat foods: Manufacturers replace the fat with other things that appeal to the consumer — more starch, sugar, and salt. The same thing happens with a gluten-free cupcake. Rice starch, cornstarch, or potato starch are still refined carbohydrates — and just as junky.