Dragged Into the Digital Age

Travails of a late adopter 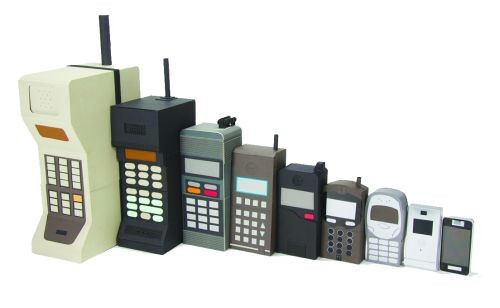 I got busy on a project around the house a couple of weeks ago and didn’t bother to log on to the Internet for a day-and-a-half. I must admit I felt a little disconnected from the world. Generally I spend an hour or two on the Internet first thing in the morning, surfing news sites so I can know what the latest happenings are and checking my email. I get about 50 or more emails each day. I generally check several more times during the day and then make a quick headline scan again before bed.

Communications technology has irrevocably changed the way we all live and work in a way that nothing else in my life can compare to. Although it was by choice, during the time when I wasn’t logged on, I felt disconnected – like I was in information freefall inside an opaque bubble all by myself. I do that from time to time.

On 9/11, I didn’t know about the destruction of the World Trade Center until about 3 o’clock that afternoon when my sister called. I was futzing around the house and listening to music — on CD.  I never even turned on the television. The rest of the world was freaking out and I was just mellowing out alone in my space. When my sister called, I had no idea what she was talking about at first.

I’ve been slow to embrace digital technology. I know just enough about the computer to function. Basically I run a word processing program and send email, in addition to browsing the Internet. I can do a few other things, but mostly when I need to do something with technology I call my nephew. I confer with him before I buy a computer, software or a cell phone.

The first time I saw a cell phone was in the late 1980s at a party. I was chatting with the host when I heard a phone ring — as I had heard for my entire life. It was when my host reached into his back pocket to pull out a large walkie talkie-looking thing that I was blown away. Wow, you could actually carry a phone around in your pocket and travel beyond your apartment walls!

It made sense for him. We had previously been roommates and I remember he spent copious amounts of time on the telephone. The cell seemed perfect for him. Not for me. I have been a communications technology Luddite from the beginning of this new age. I was one of the guys who laughed at the tech nerd as he headed off to the computer lab on weekend nights while the rest of us played cards and listened to loud music. I guess he got the last laugh. I have moved slowly, in fits and starts, into today’s communications world.

I’ve had lunch with friends where they spent more time answering calls and sending texts than enjoying their meal and chatting. That bothers me. (Although admittedly I appreciate when we’re out and someone can summon up information we need instantaneously on his or her handheld device.)

I’ve only had a cell phone for slightly more than two years. I was the last of my friends to get one. Mostly I use it for texting with my teenage daughter to know where she is and when she needs to be picked up. Maybe that’s how I get dragged into the current century. For some time I didn’t even look at the thing unless I was thinking about communicating with my daughter.

Then I started running into folks with whom you cannot communicate effectively unless you text. They don’t bother with voicemail very often. If I want a reply sometime this week I have to text them. I’ve recently been playing music with a younger cousin who texts out information on jobs and rehearsals. If I want to know what is going on I have to pay attention to texts.

He’s forced me into another tech upgrade. I’ve played acoustic guitar, acoustic bass and tenor banjo for years. I have electric instruments but as I got less active with music, I didn’t feel the need to blow the roof off my house when I jammed with friends. Working with my cousin has made me literally dust off the old electric guitar and think about sound dynamics as I contend with a five- or six-piece horn section.

I know all this technology — and the changes to the way we live — is here to stay. The way I work as a journalist has totally changed since I first worked at the Metro Times in 1985. Then, I called people up on the telephone to check facts. If there was something I couldn’t find a primary source for, there was an office at the public library that I could call to leave a question. Generally, an hour or two later, I would get a call back from the library with the answer. Anybody who gets information on the Internet knows what a snail’s pace that is.

I can’t imagine being a journalist without the Internet now. I spend hours each day using it. I just don’t want to give my life over to it. I know some folks who seem to live on Facebook.

The main thing that bothers me about all technology is that you are generally connected 24/7. I remember a commercial for a handheld device some years back, where some guy was sitting by a campfire in the woods watching a football game. It bothered me. If I go camping, and I have done my share, I don’t want to watch the game.

But I realize the benefits. In the mid-1980s I was traveling in Mexico with friends. We traveled by bus and every time we came to a decent-sized town, a woman in our group would insist on making a phone call home. That involved going to a telephono de larga distancia office and hanging around there until they got an international connection. It was bothersome to me. A cell phone would have made that much easier.

Before that, when I was getting ready to head to Morocco, my parents, who were elderly, and my sister all wanted to know how to contact me in case of emergency. My attitude back then was, if anything happens, I’ll find out when I get back. Even if I did need to get home quickly, I was sometimes in villages on the edge of the Sahara Desert where travel was iffy. Maybe the bus will come tomorrow, maybe next week.

This year, I told myself I was going to upgrade my technical skills. I’ve taken a few steps, but not nearly the strides I’d hoped for. But I’m trying. I’ve figured out a couple of things on my phone that I didn’t know before.

I’ve figured out that with Facebook I can keep up with my nieces and nephews – especially my nephew, who is teaching school in Kenya. He has to contend with whether there is electricity on a given day. We’ve all got our problems — some more than others.

My neighbor is a lawyer. I often see him standing outside his home, talking on the phone, and wondered why he did that. Now I know. You can’t get good reception in these big old houses we live in.

I used to fantasize about being a hermit, living alone in the woods, but have since realized that’s not me. I like staying connected with others. Maybe not as connected as some, but I’m trying.