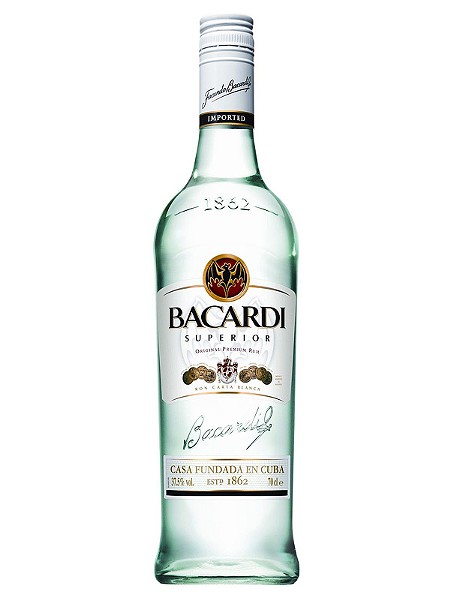 Before 1862, before Bacardi Superior was invented by Don Facundo, rums were harsh. They were crude, unrefined, and nothing akin to the tasty, tropical liquor we now know them to be.

Facundo changed the game. He crafted a liquor with tasty vanilla and almond notes, one that was aged in white oak barrels and shaped through a secret charcoal blend that creates its unique smoothness.

Bacardi Superior is still at the top of the rum game 150 years later. Because of its dry, subtle nature, it mixes better with cocktails than overwhelming vodkas and gins.

Pour all ingredients into a pre-chilled mixing glass with ice. Mix until chilled. Strain. Pour over ice into tumbler, garnish with pomegranate leather.