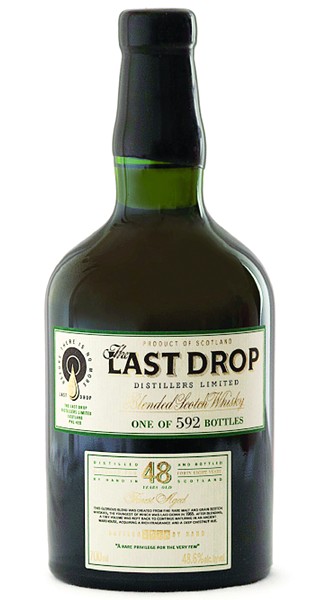 The folks who created some of the most ubiquitous liquor bottles in the world are up to something totally different.

The Last Drop are known for bringing Johnnie Walker Blue Label, Chivas Regal 18 Year Old, Malibu, and Baileys Irish Cream to bars and liquor store shelves the planet over. Now, what they're selling is about as rare as Baileys is omnipresent.

The Last Drop Distillers Limited Blended Scotch Whiskey 48 Year Old is a spirit so rare, there are only 592 bottles of it available in the world. Of those, only 180 are being sold in the U.S., eight of which are being sold in Michigan.

The supremely rare bottles come at a steep price (nearly $4,000 for a 750-milliter bottle) so, they're for pretty dedicated connoisseurs and collectors. Buyers won't be disappointed however, the spirit won the Whisky Bible's Scotch Whisky of the Year and Blend of the Year in 2015.

Bottles are being sold at the Hills Spirits in West Bloomfield, Red Wagon in Rochester Hills, and Flick's in Lambertville. Townhouse in Detroit will also have a bottle behind the bar.