Unabashedly trashy, tasteless and appallingly stupid, but in 3-D so real you'll almost wipe the exploding body parts off your face 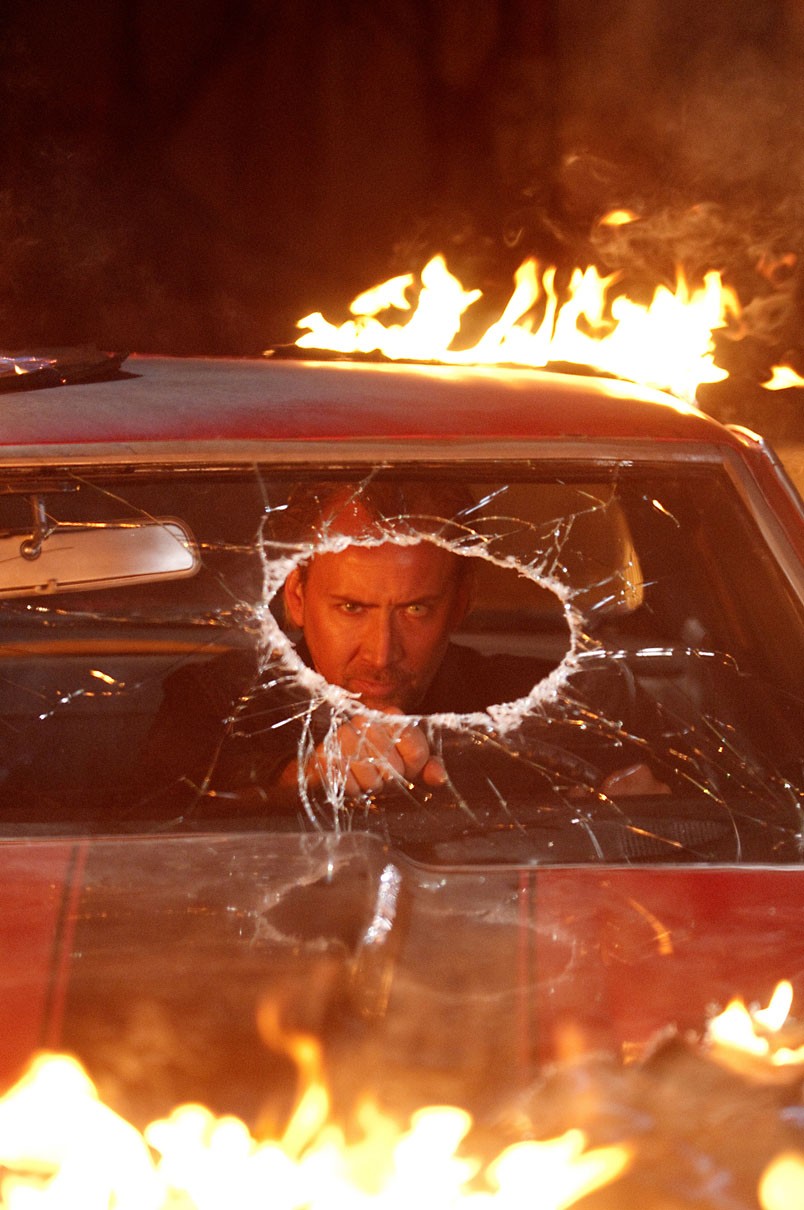 Nicolas Cage is a one-man stimulus package, working feverishly to pay off his mammoth financial debt to the U.S Treasury by churning out one epic crapfest after another, which he’ll later spend an eternity paying off in the cosmic court of artistic regret. Each new boon to Nick’s bank account generally spells doom for the viewer, though if you aren’t overly picky about logic, acting or screenwriting, but are inclined to see brains splatter in neat-o state-of-the-art 3-D, then Drive Angry is the guiltiest of pleasures.

About as subtle as an infomercial, Drive Angry charges onscreen with guns blazing, pedal to the metal machismo shoved so uncomfortably close to your face you can practically smell the motor oil, gun powder, sweat and bourbon. Alas the flick is not presented in Smell-O-Vision, but the more ho-hum 3-D format so popular with the kids these days, a technique that lends itself to projectiles flying straight at the audience.

Cage, reducing his trademark overacting style to mere squints and grunts, stars as John Milton (Yes, they made a Lit Class joke) A hard-bitten badass with an insatiable taste for vintage muscle cars, big guns and easy truck-stop floozies. He’s busy tearing through the southwest, on an unholy crusade against a deranged satanic cult that killed his daughter and abducted his grand-baby, and he’s ready to whip out his shotgun and ventilate any punk foolish enough to even think of getting in his way. For a homicidal destruction machine, he’s not such a bad guy, he has the aforementioned soft spot for greasy spoon waitresses, like blond spitfire Piper, played with vim by leggy Amber Hear. Milton digs this feisty filly for her no-bullshit attitude, super-tight Daisy Dukes and her choice, matte black ’68 Dodge Charger. After dispatching her abusive loser boyfriend, John and Piper hit the road to deal out some vengeance, throwback-style.

This would all be fodder for a decent grind house caper, but the filmmakers have grafted on a heavy supernatural element, as Milton is being trailed not only by the cops and the cultists, but by a demonic creep in a business suit who calls himself “the accountant,” a juicy part for quintessential supporting “that guy” actor William Fichtner. His casually detached evil is a hell of a lot more fun to watch than the movie’s main villain, nasty cult leader Jonah King, lethargically portrayed by Billy Burke as a mash-up of David Koresh, Billy Ray Cyrus and Vegas-era Elvis.

Due to dippy writing and sluggish line readings, Drive Angry is never as cool as it thinks it is, though director Patrick Lussier has a devil of a time throwing debris at the screen, betraying his slasher-film roots (My Bloody Valentine 3D). He gets maximum mileage out of screeching tires, exploding body parts and flying debris, layering on the gimmicks and tricks with drive-in double-feature audacity. Unabashedly trashy, tasteless and appallingly stupid, Drive Angry is also a hell of a good time for a while, and — if you can forgive Cage’s sins and get past the whiff of brimstone — this hellbound revenge flick is bad movie-lover heaven.