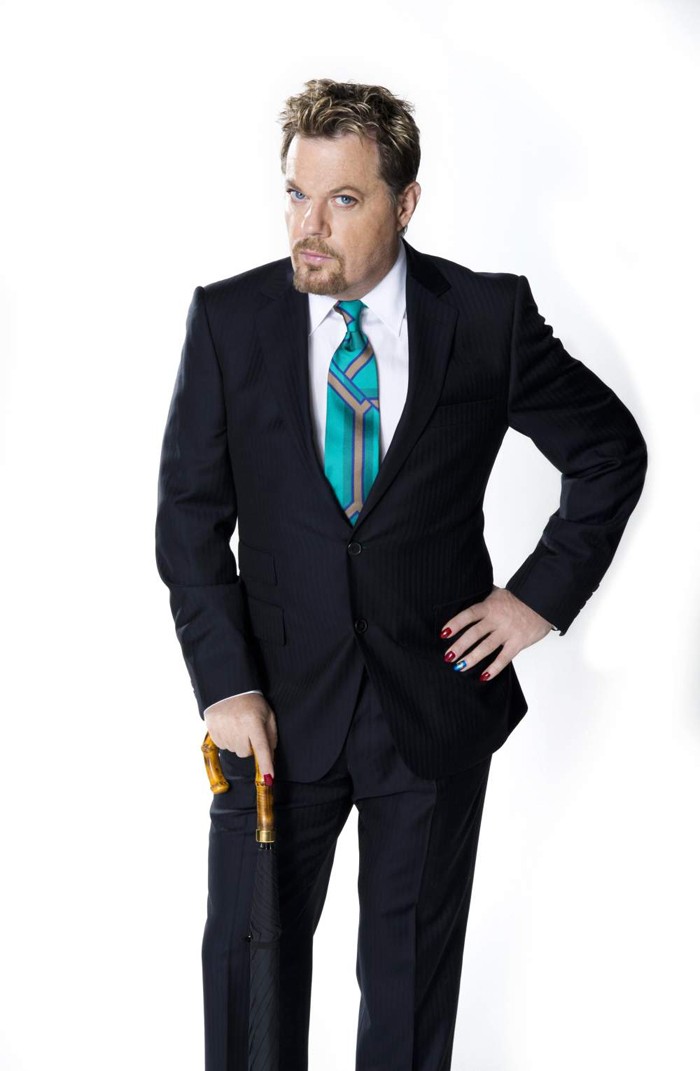 Eddie Izzard is so publicly open and honest that it’s easy to fall into the trap of believing that we know him without ever meeting him. He’s openly a transvestite and openly passionate about politics, but did you know that he ran 43 marathons in 51 days in 2009? Or that he wanted to be a dramatic actor before he became a comedian?

The world should be glad that his career took him where he did, because Izzard is a very funny man. He’s also incredibly intelligent, and a quality actor. Onstage, his style is irreverent and mumbling. He’ll say the most outlandish things almost as an afterthought. He looks at the most inane things and offer an alternative viewpoint. “Bees make honey,” he once said. “Isn’t that strange? Do spiders make chutney?”

Izzard will be performing at the Detroit Opera House on Tuesday, the first time he’s been here since 2008. “I went there looking for walls to kick footballs (soccer balls) against; that’s what I remember doing,” he says. “I try to find car parks, and then I can find a wall and bounce a ball off it. That’s a sort of mantra-like thing that I get into. I remember doing that in Detroit and finding some good walls to kick footballs off. Good gigs though.”

Izzard has been all over our TV screens recently, thanks to his role on the NBC show Hannibal as Dr. Abel Gideon, who met an unpleasant demise when Hannibal Lector basically butchered him into steaks. Prior to that, though, Izzard was wonderful in the role; creepy, darkly witty, and frankly terrifying.

“Doing Hannibal is obviously an extreme gig, but Bryan Fuller is a great show and series producer, and I like working with him,” Izzard says. “There’s baggage if you come from comedy going into drama. I wanted to do drama before I did comedy, so my journey’s been slightly back to front. I’ve always thought that if you go from comedy to playing someone psychotic or twisted in a certain way, that people almost accept it. Something in that is also linked to the dangerous psychotic behavior.”

Izzard’s current tour, Force Majeure, is the most extensive comedy tour ever undertaken, and it will see him visit some pretty out-of-the-way places. “I met a guy from Katmandu in the streets of New York,” he says. “He had good English, and he said that he thought I could do a gig there. He was a student. I thought that I only need to play to a hundred people or something, just to get in there. That’s going to be fun.”

As Izzard points out, comedians are faced with different problems than, say, musicians, when they tour. A band can show up in Italy and play the same set they previously played in Japan. Comedians have to consider the respective languages. Izzard is expanding his audience by learning one new language after another.

“I’m now touring France in French,” he says. “I’m playing the Olympia, 2,000 seats sold out. In Germany, I played two months in Berlin in German. I just started Spanish — did a week in Madrid. On June 6, I’m going to come out of the tour and fly to Normandy in France, and I will be attending the commemoration ceremonies for that day and what happened 70 years ago. 7 p.m., I’ll do the show in German, 8 p.m. in English, and 9 p.m. in French as a tribute to those who fought for democracy and freedom in the Second World War — and since the Second World War. That’s a tribute to Germany and how they proved Hitler totally wrong. He said that democracy can’t work — you can’t have a country working on democracy. Through democracy, they have one of the most powerful economies in the world. Stuff you, Hitler.”

Izzard will be arriving in Detroit just as the last bit of tidying up is being done following Ferndale Pride. While he describes himself as a “straight transvestite” and a “male lesbian,” his honesty has inevitably led him to be viewed as a positive role model for those in the LGBT community.

“I try to be a spokeperson and a banner waver for myself,” he says. “In my head, I didn’t quite want to become the poster child for anybody until I felt worthy of being that, but I try and just be positive, be honest, and I say that if people have a problem with it, there are psychiatrists that other people can go and see to deal with their problem with my sexuality, as opposed to my problem with my sexuality. It’s a genetic card handout that you’re given when you’re born, and so I’ve just been honest with it as opposed to just being secretive with it from behind closed doors, which leads to a load of hellish problems.”

To finish, and to tie in with the band on this week’s cover, we ask Izzard about a skit he once did questioning whether a vampire would still be hurt by a cross if the top fell off and it was just a capital ‘T.’

“It should be that anytime a vampire sees a vertical line crossed with another line, and any architectural structure has those lines, he’ll say “Oh, I can’t walk past that,’” he says. “Every time they walk across a crossroads in the road, they’ll do the same. They’d have enormous difficulties just moving around. I’ve always been fascinated by the vampire thing in the sense that I don’t understand why it’s fascinating. It seems to be a straight woman thing. The whole bitten on the neck thing never got me.”

Give it time, Eddie.