Rapper calls Detroit 'a rose in the concrete' 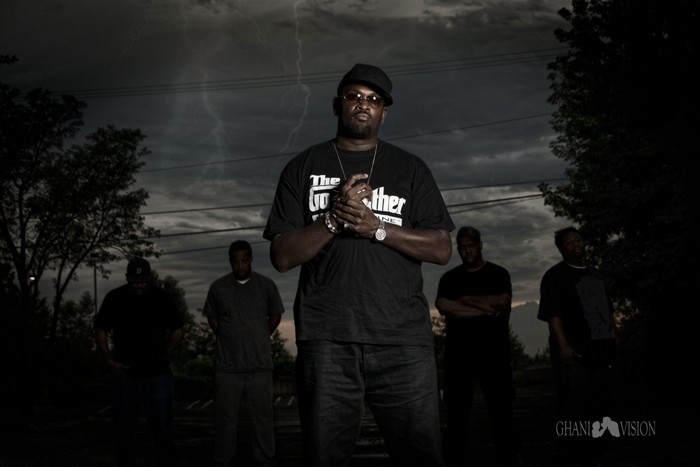 A lot is being said these days about Detroit hip-hop artist Trick Trick, from the street on up to the big boy on the gossip block, TMZ.

Trick Trick took a few moments to speak with Metro Times last week. Here are excerpts from that conversation:

Metro Times: Coming from the streets, what’s the most important thing you’ve learned or been taught?

Trick Trick: The most important thing I’ve learned is that righteousness will always prevail. I wasn’t always this positive. Back in the day, I was the guy who beat the bully up. I was the bully to the bully. I don’t like it when people take advantage of people.

I lived on the east side and the west side. I was able to absorb the good, and when the holy way wasn’t working, I used the other way.

But if I didn’t go through what I went through, I wouldn’t be who I am today. And I am happy with who I am and what God has done with me and what God is building with me.

Our purpose on earth is to be a blessing to people and to uplift people. That’s what God wants us all to do.

People get so caught up in the negativity. It’s gonna take you to an evil dark place. You gotta absorb the positives and apply them to the next day and other people’s day.

You’re going in and coming out. And when you come out of a situation that had you bound and hurt, when you make it out, that’s a testimony. That’s an experience to help someone else.

It took from the beginning of my career to the fall of last year, when a lot of my homies were coming home from prison, and I saw the light. I saw myself in the past. Though I knew I had great intention, I found a better way to do it. You can still stand for what you believe in, and do it in a way where it doesn’t hurt others. That’s what I wanna put out to the world. Even though my music is rough, I’m gonna tell my story, of my search for respect.

I wanna contaminate the world with righteousness and respect. Righteousness is dwindling away. There’s just so much negative and hate. It’s just evil. You gotta let evil be.

Without that fucked-up winter we had, we wouldn’t be able to appreciate a day like this. You gotta be knowledgeable about the evil that exists so you know how to avoid it.

People are lost. They only know what they been taught. Once upon a time, I thought I had to be over-rebellious about life. You can’t judge other people’s experiences. I been through things that I couldn’t see the positive with it.

And how I made it though was knowing that it’d be over, and know there is a better day. You can make it out of anything if you keep moving toward the positive and the righteousness.

MT: What does the “no fly zone” mean?

Trick Trick: When you see things that you dislike and you want to do something about it. I didn’t always know the proper method. You live, you learn, you move forward.

Detroit is a rose in the concrete. It’s a little plant. It’s dying but it’s fighting, and I seen people step on it. Piss on it. Ignore it. Mistreat it. From the inside and the outside. The politicians and the people inside who don’t try to do anything about the things that are wrong.

Originally it was toward the major records sending their artists into our market. Now keep in mind there are artists here. You don’t have to come to me, but there are so many talented artists, and not just rappers. Singers, producers, bands — I’ve seen so much talent! And you come to a struggling town under pressure, and you pick up an envelope to support yourself. And these people are spending their hard-earned money to support you as an artist, as a record label. And what do they get? Nothing.

At one point I did address it aggressively. I realize that was not how to do it. But it got attention.

Otherwise, it be go to the plate. Step on the rose.

We opened up that relationship, and we’re about to do it again. We open the lines of communication. You’re coming to get $85,000 for your show? Tell ’em you want three Detroit artists to be on the show.

It’s a beautiful thing. They rock it. It’s all love. The artist gets his money, they get to see a good show, and it’s happening more and more and building relationships.

It’s a matter of respect. It’s not extortion. That’s federal time. I don’t do that. I’m not stupid.

Don’t fly through here without checking with us. We need to know why you coming to our town, taking all this money, what are you doing besides gracing us with your presence? We gonna feed you. We gonna take care of y’all. All we wanna receive is your respect. It turns into very, very prominent relationships.

So many doors open up for respectful people.

I need my city to be happy, prosperous, enlightened, respectful, and respected.

The natives have appointed me and said, “Big homie, we need you, because they don’t pay attention to us.”

Now that they pay attention, I can tell them the good news of the no fly zone. Building relationships lasts forever, and that’s all I want. I just want that respect for my city. It would be wise to consult with and mingle with and respect the people of the city of Detroit.

We built this city. We have the world’s attention. Put yourself in our shoes. It’s a great place already. And I’m willing to work with anybody and everybody.

MT: Tell us about the music.

Trick Trick: Radio stations are stuck on the same two records. We lost our way with it. People who don’t have
iPods or phones are stuck listening to the same 5 or 6 songs, and they think that’s the only thing available, and that’s not true. There’s so much good stuff out there.

MT: Anyone we should be hearing?

I love music I can feel, and I wanna give people something they can feel.

I believe in God. All good things shall prevail.

Trick Trick has a new record coming out with Eminem, Twerk Dat Pop That, on the Fourth of July, available on iTunes 7/5. His current record, The Godfather 3, includes the track “No Fly Zone.”