Expect a fight before Detroit gets recreational cannabis stores 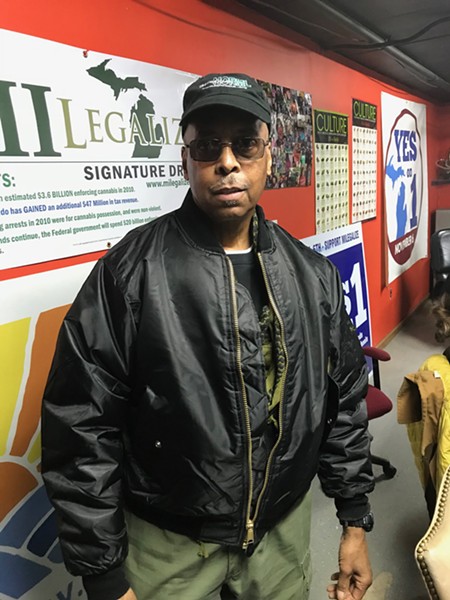 We're about three weeks out from Jan. 31. That's the date Detroit City Council has set for ending its temporary opt-out of the state recreational marijuana system. But so far we're not hearing anything from the city regarding its plans for recreational marijuana retail sales. City Council's provision is that it will be at least until Jan. 31 — and possibly later — as the city works out whatever it's working out. That later thing is starting to look like it might become a reality because it takes time to move these decisions through a bureaucracy, and we've not seen any movement from council.

Attorney Matt Abel, executive director of Michigan NORML, says he's "not optimistic" regarding what Detroit comes up with.

A lot of things are colliding at the same time as the city continues to drag its feet in accommodating the marijuana industry:

• Whatever Detroit comes up with, there will have to be time for public comment before anything is passed. There will be plenty of comment from the community groups that still don't want to see marijuana anywhere in town.

• There will be business people who, justifiably or not, believe they're getting screwed.

• Then there's the problem of how to spread some social equity around when, as it stands now, all the licenses the city will allow for provisioning centers and potential retail outlets are already taken by non-social-equity owners.

• And then there's already a lawsuit against the state and the city by several Detroit provisioning center owners who believe they're due recreational licenses.

• Still another issue is that the state law regarding social-equity provisions states that microbusinesses can be exempted from some local zoning rules, which is another lawsuit waiting to happen when folks start to implement that.

Whatever Detroit comes up with, somebody is not going to like it. Get ready for another season of fighting about marijuana rather than moving ahead. That's in contrast to what looks like a relatively smooth Jan. 1 rollout of recreational sales in Illinois, where the lieutenant governor made the first purchase. There were 37 stores open on the first day and nearly $3.2 million in sales. Compare that to the five retail stores Michigan debuted with and the $123,000 we marveled about on that first day.

"How can we start to raise the real issue?" asks Joe White, director of Detroit NORML. "The topic is economic inclusion. We're not a part of this multibillion-dollar business [that's] being talked about in the papers."

Until the city shows what its provisions will be, nobody knows what rules we'll be working with. That process has the potential to reach the ballot in November. The discussion at a recent Detroit NORML meeting covered the possibility of a petition initiative if the city continues its opt-out posture on recreational marijuana. That doesn't seem likely, but it didn't seem likely that Detroiters, who have consistently voted in favor of marijuana law reform by large margins, would be left out of the opening of retail marijuana sales.

Michigan should look to Illinois as a model of how to expunge marijuana crimes
By Larry Gabriel
Marijuana News
It looks like there is still a quiet struggle going on about marijuana in Detroit. Councilman James Tate tells me that "we are way past" the opposition from the Christian ministers. Then who's in the way? Business interests? Community groups? Detroiters have consistently voted for marijuana reform with a strong majority. City government is supposed to be responding to the will of the people, so what's the hang-up?

Strap on your boots. This isn't over yet by a long shot.