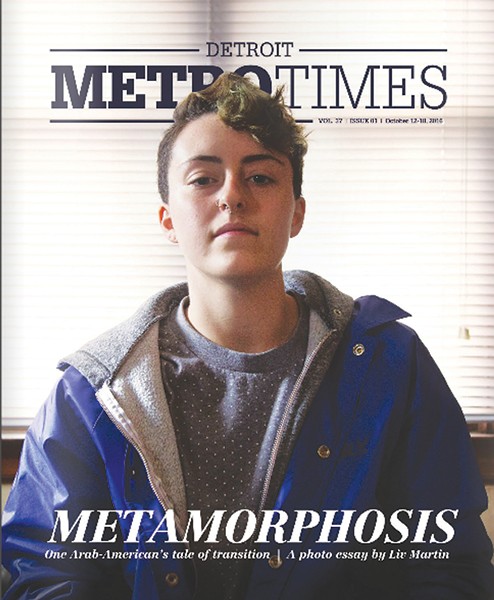 I support BLM, and I disagree with Verlander. But he is entitled to his opinion, and reasonable people can disagree. Let's take a deep breath before condemning a guy whose job it is to play baseball for something he said about politics. Disappointed in Metro Times for leading an online mob against a guy who has represented the city well for a number of years.

I'm not going to make excuses for a grown-ass man who makes millions of dollars for playing a kids' game. He is a performer, and he has a responsibility to his team to not alienate a significant portion of the audience. He also has a social responsibility to understand what the hell he's talking about. He certainly isn't more racist than most folks; he's just ignorant. You can forgive stupidity, but you can't forgive ignorance.

For one, Metro Times is barely better than Buzzfeed in quality, so nice try. Second, Corktown is hands down the most "hipster" (dumb buzzword) area. West Village is more yuppie, Midtown is a college campus for the most part. Hamtramck is hip, but in a below-the-poverty-line, grimy kind of way. But Corktown has the cool bars, restaurants, and pointless storefronts that just scream "hipster."

Thank you for your awareness. Maybe someone in authority with a little common sense will read your article and take the necessary steps to accommodate commuter demand, should a need be there.

So the train line that required a bunch of expensive, immovable infrastructure to solve one of the few public transit problems the city doesn't have (commuting reliably between downtown and Midtown on Woodward) may not even solve that problem. Bravo.

If this train experiment has any chance of being treated seriously as real interurban transit, then they'll expand hours to at least 2 a.m. daily. If one lives in Midtown or New Center and attends shows downtown that end at 10 p.m. and want a bite, or to head to Cliff Bell's later, then the train will stop running. Solves nothing without being comprehensive.

I do believe they are trying to keep a safe, clean, family-friendly image. Want to get home after the bars close? Ride one of DDOT's 24-hour buses like the No. 53 Woodward. Need to get to the suburbs? Catch the RefleX bus at 1 a.m. in Grand Circus Park and head north to Somerset; chances are, if you took it into the city, you planned to take it out of the city. The Kansas City Streetcar now operates until 2 a.m. and reached 1 million passengers in just 5.5 months. If the QLINE is that popular, I'm sure they'll adjust the service.