Eighteen local bands have two days to test their theories of collaboration during May Days. 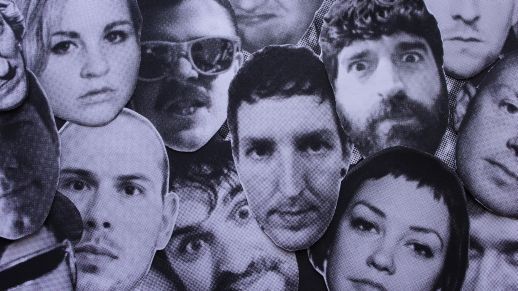 Local festivals are akin to science experiments: Instead of different chemical reactions in a lab, you have the collaboration of different artists inside a venue. The results are often phenomenal — artists who would otherwise not cross paths meeting on tours and finding real success by complementing each other’s set.

MT’s two Blowout weekends kicked off what local artist-musician Lisa Poszywak calls “Fest Season” in Detroit, and she hopes the two-day May Days Music/Arts Festival only encourages more to happen. In scientific parlance, that is this city’s music scene; Poszywak, who is both the gallery manager at Corktown Studios and half of the synth rock duo Rogue Satellites, says “… more fests just means more collaboration.”

Fittingly, singer-songwriter Jeff Howitt, who is producing the show, approached the booking of May Days under the auspices of “it not being under any one flag, but being made up of its collaborators.”

Friday, May 10, is the opening of May Days at Woodruff’s Bar in Ypsilanti. The show is featuring nine local bands, an interactive video installment and (limited) free cassette mixtapes. Organizers run the creative gamut: musicians, bloggers, gallery managers, videographers, a local record label and couple of arts-music collectives.

Indeed, Howitt said, it’s much more than just another show with bands jacking off. “Detroit is a different beast than five years ago,” he says. Howitt, who sings and is the guitarist of local psych-blues quartet Duende, recalls May Day’s origins as an experimental dual-stage set up, with a dozen dueling bands ping-ponging performances back in 2006 at the Masonic Temple — a show that ostensibly launched his loose music collective, Loco Gnosis.

The festival matured with the help of renowned writer and poet John Sinclair, back in 2009, while he was serving as poet-in-residence at the Bo House arts gallery. Howitt called it “an attempt to represent the most current pantheon of motherfuckers kicking out the jams in Detroit.” That year’s May Days had lightshows, sculptures and hanging exhibits, poetry readings and three stages, staggering performances.

In praising Sinclair’s influence, Howitt noted how the May Days shows echo the unifying sentiments from Sinclair’s mid-’60s counterculture collective known as the Detroit Artists Workshop.

The second day of the festival happens at the Park Bar in Detroit — featuring nine more local bands that are embracing a healthy, edgy vibe of one-upmanship Howitt calls “Headhunters-style.”

“Maybe you can cross-breed audiences and start getting hip-hop crowds going to rock shows,” Patrick says, “There isn’t enough mixing between these regions, without festivals, so we’re trying to pepper a bit of Detroit into Ypsi and vice-versa.”

Mostly, “It’s a summit,” Howitt says. “But, with more of a house party ethic to where the stages feel almost like in your living room. It’s designed to showcase but also attract doers, doubters and shout-it-outers; where you can hang with Oz behind the curtain, the lines between audience and performer don’t exist or are experienced together in a sweaty synergy.”