Fewer vaping injuries reported in states with legal weed, according to study 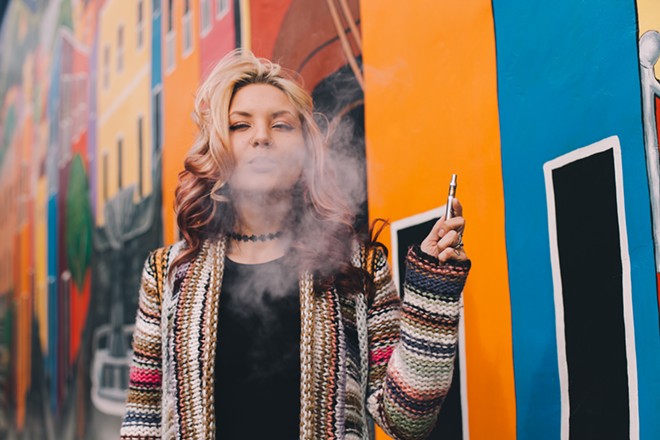 States with legal recreational marijuana had fewer cases of vaping-related lung injuries than other states, according to a study published earlier this month by JAMA Network Open.

No surprise here: earlier research found that the culprit behind the injuries was likely vitamin E acetate, a substance used in black-market marijuana vaping products. If people could easily get legal marijuana, it would be less likely that they would turn to the black market.

To conduct the study, researchers analyzed data from the Centers for Disease Control and Prevention on electronic cigarette- or vaping-
associated lung injury (EVALI) cases from states, factoring in population and the prevalence of e-cigarette use.

The study found that states with legal recreational marijuana dispensaries had 1.7 cases of EVALI per million people, while states that prohibit adult-use cannabis had 8.1 cases per million. (States with only medical marijuana saw 8.8 EVALI cases per one million residents, which was not statistically significant.)

“The data suggest that EVALI cases were concentrated in states where consumers do not have legal access to recreational marijuana dispensaries,” the study’s authors wrote. “This association was not driven by state‐​level differences in e‑cigarette use, and EVALI case rates were not associated with state‐​level prevalence of e‑cigarette use. One possible inference from our results is that the presence of legal markets for marijuana has helped mitigate or may be protective against EVALI.”

Michigan — which legalized medical marijuana in 2008, the first Midwestern state to do so — ranked on the low end of states with EVALI cases, with results similar to those of the mean for states with recreational weed.

In November, Michigan made it mandatory that marijuana dispensaries test all products for vitamin E acetate.

You can read the full study here.