Fighting to Know Who Owns Us

Elected leaders, bought and paid for 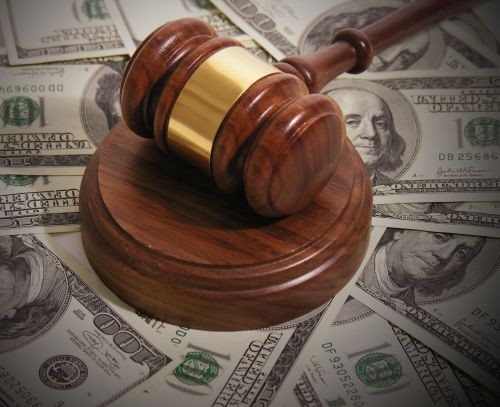 Before 1865, back when slavery was legal, you at least knew who owned you. Later came the days when we used to say an honest politician was one who stayed loyal to whoever bribed him first.

Today, not only are many of our elected leaders largely bought and paid for, Michigan voters don’t even have the right — or the ability — to know who is doing the bribing … oops — buying.

Whatever do I mean? Simply this: For years, some principled Americans of all parties fought a valiant but losing battle to limit the influence of money over our elections.

Michigan tried a system of mostly publicly financed campaigns for governor in the 1970s. Even now, candidates can get a couple million from the taxpayers’ money, as long as they agree not to accept more than that from other sources.

That was soon rendered laughably obsolete by the special interests, which are all too eager to pay for the worst government money can buy. On the federal level, congressmen with some shreds of conscience fought long and hard for campaign finance spending limitations.

Yet, he was once far better than that. For ages, McCain fought for limits on campaign finance spending, and for full disclosure of who was spending what to influence whom.

In his book, Worth Fighting For, McCain wrote that after he became established in Washington, he came to appreciate the public’s suspicions about corporate interests controlling politicians: “Money does buy access in Washington, and access increases influence that often results in benefiting the few at the expense of the many,” he wrote.

What his act clumsily and imperfectly tried to do was equalize things, putting limits on a much richer candidate’s spending when they faced a poor opponent.

Noble effort, but, alas, the U.S. Supreme Court soon struck that down. Then, in the infamous Citizens United v. Federal Election Commission decision of January 2010, the court put a final bullet in the head of any spending limits.

Chief Justice John Roberts’ court struck down any limits on corporate — or union — campaign spending, even in the last days of a campaign, saying, essentially, that preventing the rich from paying to drown out the voices of the poor is an unconstitutional limit on free speech.

This was about as depressing a development for equal access to elections as you can imagine. President Obama, himself the beneficiary of vast amounts of campaign spending, correctly noted this was “a major victory … for the powerful interests that marshal their power every day in Washington to drown out the voices of everyday Americans.”

Yet as bad as the Citizens United decision was, there existed a silver lining.

As Rich Robinson, longtime director of the nonprofit and nonpartisan Michigan Campaign Finance Network noted, the decision indicated that citizens should still be able to have the right to know where the money being spent came from.

He noted the court also indicated a strong preference for disclosure of the money behind issue advertisements.”  Specifically, it said: “The First Amendment protects political speech, and disclosure permits citizens and shareholders to react to the speech of corporate entities in a proper way.”

Continuing the civics lesson, the Supremes added, “this transparency enables the electorate to make informed decisions and give proper weight to different messages.”

Michigan doesn’t even do that.

Late last month, Rich Robinson’s office issued a major report: “Descending into Dark Money: A Citizen’s Guide to Michigan Campaign Finance, 2012.”  What it shows us, in great detail, with tables and tables of statistics, is that, more and more, we don’t know where the vast majority of campaign spending comes from — especially in judicial elections.

For that reason alone, he told me, “I think it’s critical that we achieve authentic, rigorous disclosure of whose money is driving politics. The fact that the state political parties are not disclosing the sources of more than 70 percent of their money is ridiculous and disgraceful.”

Dangerous too. Here’s how the system works: If I, or General Motors, give money to “Candidate Jones,” exactly how much money was given, and who gave it, must be reported; and made publicly available for anyone to see.

But let’s say I form a group called “Citizens for Puppies and Kittens,” which secretly receives millions from the Koch Brothers, or, for that matter, from al-Qaeda. I use this cover group to purchase ads that flood the airwaves, alleging that Rick Snyder or Mark Schauer or Supreme Court Justice Bridget McCormack support policies that would turn the country over to terrorists.

The way the state’s reporting system currently works, I wouldn’t have to disclose where the money came from — and you couldn’t find out.

A version of this actually happened to McCormack last year, by the way; a shadowy group spent a lot of money to run television ads distorting her interest in public service law to make it seem that she was sympathetic to terrorism.

Fortunately, it didn’t work; she won. In other cases, however, it clearly has worked. This is outrageous.

So why don’t we do something about it?  Because too many rich and powerful interests like to operate in the shadows, and give sleazy excuses why there shouldn’t be disclosure.

“Let me say that Cliff Taylor and his ilk consider disclosure to be intimidation and a threat to freedom of association,” Robinson told me.

Taylor, incidentally, is a former right-wing Michigan Supreme Court justice — who was defeated in 2008 after it was alleged he slept through oral arguments on the bench.

Those opposing truth in advertising, Robinson told me, point to a 1958 case called NAACP v. Alabama, in which a racist state government wanted to drive the civil rights organization out of the state. The Supreme Court said Alabama had no right to demand the NAACP’s membership lists.

Comparing the two is preposterous, Robinson told me. “An angry billionaire who doesn’t want his fingerprints visible on his political spending is nothing like a civil rights worker in the Jim Crow South, and not deserving of the same protection — anonymity — afforded to someone at risk of being lynched. The cowards who invoke that argument are grasping at straws,” he said.

True enough. But how can we ever hope to get the current crop of legislative right-wing, anti-rational yahoos to pass a law calling for full disclosure?

These are cretins who won’t give our citizens universal health care that the federal government has all but agreed to pay for, or fix our roads — and many get shadowy contributions themselves. Rich Robinson thinks we may not have to, that another court ruling may fix the situation.

“I believe the current interpretation of the Campaign Finance Act must be reconsidered,” at least as far as judicial campaigns are concerned, he said. He doesn’t think you can justify any anonymous “issue-oriented ads” in judicial campaigns, for one big reason: “It’s not legal to lobby judges.”

What’s needed, he told me, is for the legal profession to ask for a new ruling on this. “Once we achieve transparency in judicial campaigns, it will be much harder to justify dark money in legislative and executive campaigns,” he told me.

How the Michigan Supreme Court would rule is anyone’s guess, but there’s always a chance they may do the right thing.

After all, there are those who fear that Geoffrey Fieger, say, might flood the airwaves with dark money ads against the conservative incumbents. You just never can tell. By the way, you can check out Robinson’s full report at mcfn.org.