What could have been an intelligent horror film that asked questions about morality, STDs, peer pressure, and, you know, zombies is instead a sleepy, dull affair 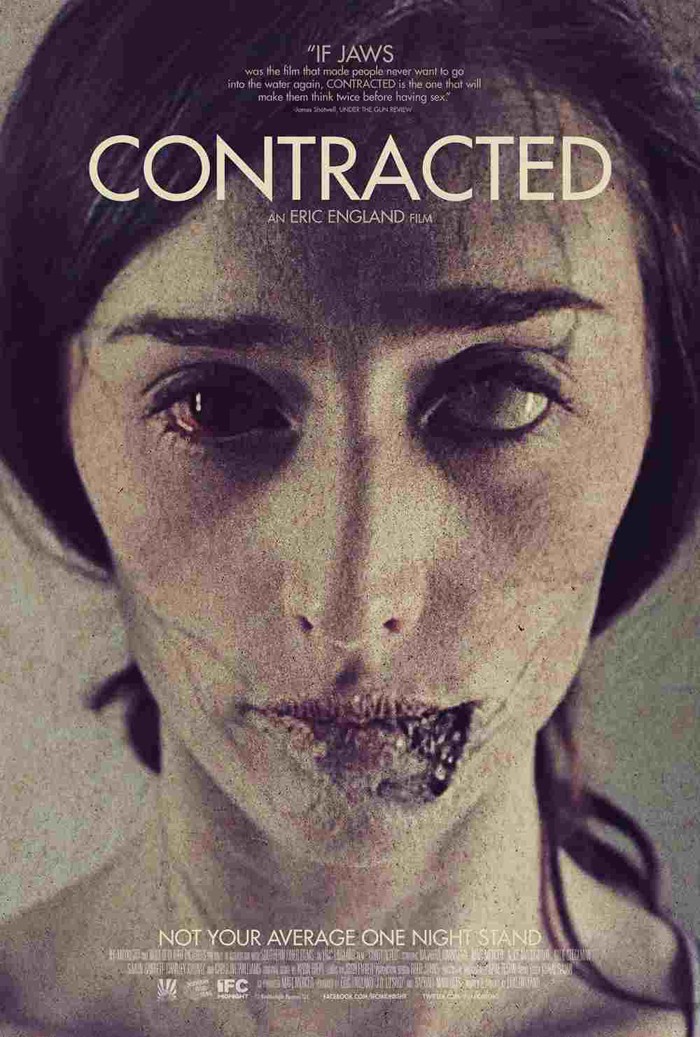 Here’s a whacky, horrible concept — what if the zombie virus were an STD? That’s the question posed by director Eric England in this indie horror flick that sounds like it’s going to be a gloriously distasteful, carnage-filled splatter-fest but instead builds slowly towards a predictable climax (no pun intended).

The movie starts interestingly enough. A rocking toe-tag suggests that a corpse is being enthusiastically defiled by a rather nasty fellow who remains pretty much faceless throughout the film. Cut to the next scene, and we meet Samantha (Najarra Townsend), a confused lesbian mourning the end of a relationship with Nikki (Katie Stegeman, who has perhaps the worst fake British accent ever put to film).

Samantha goes to a party at the home of her friend Alice (Alice Macdonald), is pushed into drowning her sorrows by Alice, and then winds up taking a drink from the same guy who was previously engaged in the romantic encounter with the cadaver. They go to his car.

It’s worth noting at this point that Netflix’s description of Contracted states that Samantha has a “one-night stand.” However, there’s a strong suggestion that she was roofied and therefore raped. Big difference.

Things only go downhill for Samatha from there. Over the course of the next three days, she basically decomposes from the inside out. Vaginal bleeding is followed by teeth falling out, bleeding eyes and, basically, a really bad time. When Riley (Matt Mercer) shows up at Samantha’s place and she allows him to boink her (after years of pleading), the stench of a rotting person is apparently not enough to veer him from his path.

“You’re really wet,” he says, then pulls out and discovers a pool of blood and vag-maggots at his feet. Only then does he realize that something is very wrong.

We know what you’re thinking — “I have to see this film.” In fairness, even putting the vile sex scenes to one side, this is an unusual and fun idea that could have made for an intelligent horror film that asked questions about morality, STDs, peer pressure, and, you know, zombies. Unfortunately, England doesn’t have the chops. In his hands, it’s a sleepy, dull affair that leads to a few moments of bloodshed.

Without any real character development or notable plot points, those gore scenes feel as boring as the rest of the film and, in fact, fail to shock. Add to that the fact that the acting is atrocious across the board, and you have a movie that fails to have any real emotional impact at all.

A film like this should at least leave you feeling repulsed and socked to the stomach. The fact that we yawned, switched off the TV and went to bed without giving it another thought speaks volumes.