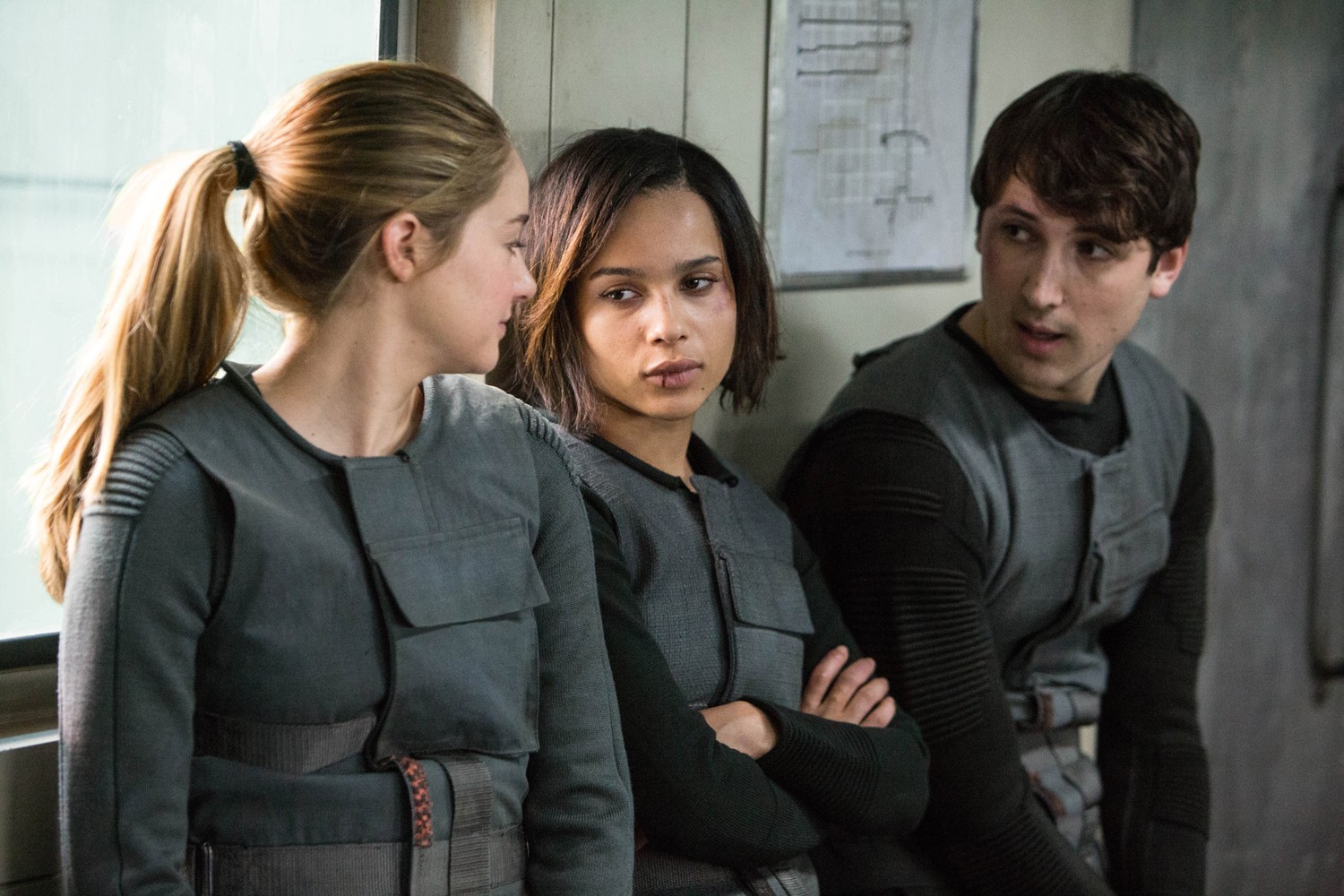 Beware messages about non-conformity wrapped in big budget packages. Since the wild successes of Twilight, and the all conquering triumph of The Hunger Games, a steady stream of knock offs and look a-likes has been deluging the multiplex, offering up fables full of noble, plucky, gifted teen heroines learning to adapt to in strange new worlds, all rendered in elaborate fantasy metaphors for the intricacies of navigating high school social cliques.

Divergent is distressingly familiar, featuring so many customary plot points and borrowed elements that you can almost imagine that the marketing department drafted the storyboards. This was adapted from yet another hit YA novel series; and I heard some fans exiting the screening with a sense that much of the book’s context was lost in the adaptation. Reading the books (I haven’t) might help; it would take many chapters, and certainly more than the ninety minute run time to sort out all the weird wrinkles of this future world.

After a devastating global war, survivors have begun re-thinking civilization; separating individuals into five different factions based not on antiquated ideas like family, ethnicity or culture, but by drug induced, standardized achievement tests. Each class serves a societal need: Amity tends to the crops and makes rustic art, Abnegation are humble civil servants, Candor are the journalists and lawyers, Erudition are the scientists and Dauntless handle the security. Once you join one of these groups your genes are irrelevant, “Faction before blood”, and you can never go home. Surely this peacekeeping plan cannot fail.

As post apocalyptic city states go, Chicago doesn’t seem bad; oh sure the lakeshore property is mostly gone, the power grid is spotty, and there’s a huge wall around the perimeter but the Sears tower (excuse me, “Willis tower”) is still standing, the L trains still run and the Cubs still suck.

Shailene Woodley (The Descendants) stars as Beatrice Prior, born into the drab and selfless Abnegation group, but drawn to the confident and athletic Dauntless, who are always rushing around the city performing Parkour stunts. Her final aptitude test reveals that Beatrice is a “Divergent”, with a flexible mind that cannot be categorized, and is therefore a danger to the enforced social order. She is forced to keep this deadly secret, even after turning her back on her bureaucrat parents, joining Dauntless and shortening her name to Triss. The clever, sensitive girl struggles to fit in with these gung-ho jocks, but she does makes friends with her hunky instructor/would be love interest, with the stupid nickname “Four” (Theo James). James is appropriately dashing but a bit wooden, and Shailene still seems a bit too tomboyish for the romantic sparks to ignite. Woodley did have tangible chemistry with Miles Teller in The Spectacular Now, but here, as a jerky rival Teller’s role is reduced to making snotty wisecracks once every twenty minutes.

The middle portion is consumed with training montages, endless character introductions, and a good deal of political maneuvering. Kate Winslet plays the icy boss of Erudite, who believes that her brainy faction should rule them all. She sneakily begins building an army to seize power, leading to surprisingly bloody third act consequences for this kind of picture.

Director Neil Burger (The Illusionist) manages a few exhilarating action moments, but struggles to cram real emotional resonance in between crushing waves of exposition. The hazy message, that you need to join a club, and only then think independently, is confused, and hardly the cynical dystopian satire of Orwell or Huxley.

There is too much backstory to navigate and too many logic gaps to jump, limiting Divergent as a satisfying single film experience; though it’s obvious that this property has pre-planned sequels, whether anyone wants them or not. Resistance is futile.

Divergentis rated PG-13, has a run time of 139 minutes and is now showing.