Katie Couric's anti-obesity film shows how we were super-sized. 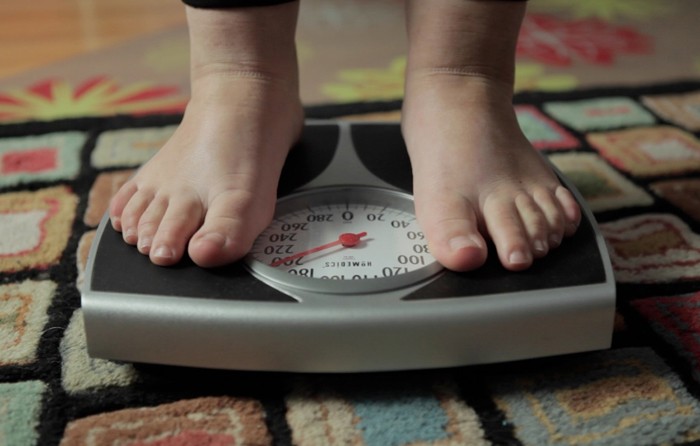 The roster of activist, anti-obesity documentaries has lately been expanding almost as quickly as the nation’s collective waistlines, with such films as Forks Over Knives, Fat, Sick & Nearly Dead, and Food Inc. all offering sobering visions of America’s collective weight problem and the not-so-secret forces that have conspired to fatten us all up. As urgent and sobering as the message of many of those films might have been, none of them featured the polished and calmly persuasive tone of this workmanlike documentary produced and narrated by Katie Couric, who gently walks the audience through fields of data and charts. This is as mainstream as activist doc-making gets, less entertaining than say, Super Size Me, but with cleanly presented information and a level tone that makes its case as accessibly as possible, without evangelizing. What’s missing is inspiration and passion — two of the key factors in turning pretty looking images into public action.

While there is some lingering debate as to why obesity rates have spiked so high in the last three decades, director Stephanie Soechtig and company draw a direct line between the rising power of the industrial sugar industry and huge rises in obesity, heart disease, and Type 2 diabetes, a disease once known as “adult onset” but now alarmingly appearing among grade school kids. In 1980, there were no known cases in minors; now there are more than 50,000. That’s just one sobering fact in a movie that plays like a first-year textbook on the subject, and ultimately suffers a bit from the avalanche of data.

What does emerge from the stream of charts, graphs, and talking heads is the fascinating and troubling power of unintended consequences. Case in point: When anti-smoking campaigns forced tobacco ads off TV in the early 1970s, soft drink bottlers were all too eager to buy up the time, with the affable caveman Fred Flintstone switching from pitching smooth-tasting Winstons to hawking sugary Fruity Pebbles. Later, a congressional report about fat content, headed by Sen. George McGovern, successfully created a craze for “low-fat” foods, but when the resulting products tasted like cardboard, the industry responded by upping the doses of sugar and salt, and on and on.

These useful historic glimpses are intercut with footage of the real daily struggles of several overweight adolescents; stories that are heartbreaking in their own right, but a bit of a distraction from Fed Up’s educational mission.

The film’s real strength is actually in Katie Couric’s refined news-anchor delivery, and her skill, charm, and celebrity likely opened some doors. For one, former president Bill Clinton is refreshingly candid about his administration’s failure to properly comprehend and address the enormity of the problem. Like many of his predecessors, Clinton used his office to advocate for kids’ physical-fitness programs but wasn’t able to resist the sway of lobbyists who buried their sugar subsidies in farm bills and rural improvement projects. If the most powerful man in the world missed the obvious signs, is it any wonder the rest of us were too sugared up to notice?

Fed Up is rated PG, runs 92 minutes, and is in theaters now.