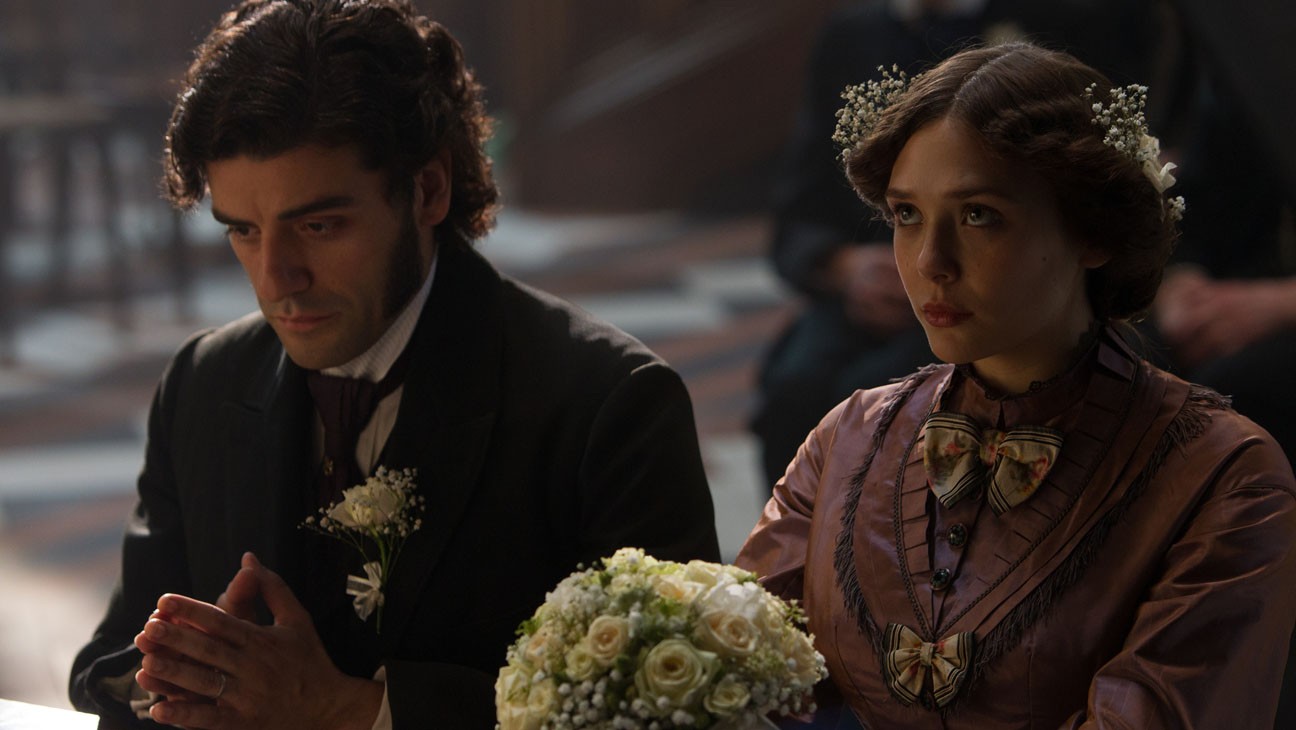 Emile Zola’s audacious 1867 novel Thérèse Raquin was absolutely scandalous in its day, a lurid tale ripe with lust, deception, greed and murder, so, you know, all the really good stuff. The controversial bestseller has been lauded as an early example of naturalism, but there is little natural about this weirdly melodramatic, noble but often-pulpy adaptation, which would be blissfully better served by committing to its innate, trashy paperback feel.

Here we have all the elements of a classic bodice ripper: buried passions, lingering illnesses, random tragedies, infidelity, and wretched misery broken up with brief flourishes of intense carnal delight. Unfortunately, first-time director Charlie Stratton isn’t quite up to the tricky task of melding the demands of high-minded literature with the baser demands of moviegoing. The blandly titled In Secret nearly gets smothered in waves of drab period drama tastefulness, whilst half-assing its more campy, gothic horror tendencies.

There’s also the thorny issue of 19th century plotting, which tends to favor sentiment and forced irony to simple logic. Elizabeth Olsen, with her delicate features and immense, tea saucer eyes, makes a fairly effective distressed damsel as Therese, an illegitimate orphan girl, abandoned to the whims of fate. Her sailor father leaves her in the custody of a domineering aunt (Jessica Lange), and soon Dad is lost at sea. Our hapless heroine is then creepily reared as the bedmate/nurse and intended future bride of her perpetually sickly cousin Camille (Tom Felton), who is drippy in every sense of the word. Eventually this miserable trio moves from the country to the slums of the big city, where the witless son works as an office clerk, and the ladies set up a little seamstress shop. It’s only upon meeting Camille’s dashing, artistic co-worker Laurent (Oscar Issac) that the depressed and downtrodden Therese shakes off her victimhood and begins to feel alive. They begin a tawdry, reckless affair, making more elaborate excuses for their illicit liaisons, and then almost daring to get caught. As was the custom in those more moralistic times, no expression of sexual joy can go unpunished, and the crazed, cornered lover’s obsessive passion eventually leads them down a path to madness and murder, with the expected tragic consequences.

This is bleak, sordid stuff, made even more squalid by the dirty Budapest street scenes that stand in for 1860s Paris. There is some very welcome comedic relief from a quartet of interloping family friends, including amusingly fussy Shirley Henderson and the gangly Mackenzie Crook. Lange, meanwhile, gives one of her trademark, paint-melting, twitchy, crazy-lady performances, while the other actors struggle to keep up with her deranged emoting. At times the movie dives into delicious camp, as in a hilariously over-the-top moment where Isaac hides under Olsen’s billowing petticoat and proceeds to pleasure her while an oblivious auntie gives her a massage. In moments like this, In Secret embraces the giddy fun behind the nasty depravity. If only it could have fully given in to its hidden desires.

In Secret is rated R, has a run time of 101 minutes and is in theaters now.