Not-so-grand illusion. New Carell comedy suffers from a script that doesn’t do the trick 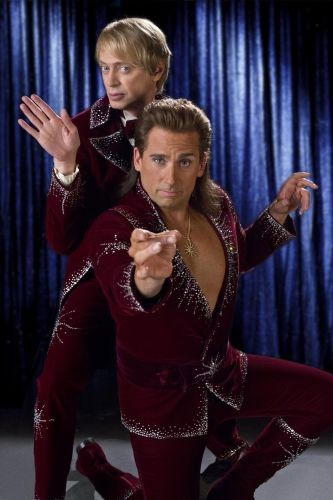 Actually, he’s not all that incredible. Here’s a movie that should take its own message to heart: That doing something by rote, without passion or creativity is unsatisfactory for all involved. I expect this kind of half-assed workmanship from a March studio release, but not from Steve Carell.

In The Incredible Burt Wonderstone, Carell once again plays the oblivious jackass, the titular hero who’s supposed to be a sympathetic jerk but finds redemption after he hits rock bottom (see Anchorman, Groundhog Day or any of a hundred popular comedies). Unfortunately, Burt is a particularly nasty breed of magician asshole, one who’s self-absorbed, dumb, cruel, and sleazy but without the cartoonish self-mockery that Will Ferrell brings to such characters. It’s not that Carell isn’t funny, he occasionally lands a decent joke, it’s that his approach is too disconnected from the sweet young kid we’re first introduced to during the movie’s endearing but hackneyed opening.

Young Burt is a latchkey kid and the target of bullies. On his birthday he receives a Rance Holloway (Alan Arkin) magic set and starts practicing. His tricks attract a sickly misfit named Anton and the two become both best friends and dedicated devotees to their new hobby. Flash forward 30 years to the film’s best moments. Burt and Anton (Carell and Steve Buscemi) are now big-name magicians in Las Vegas, sporting lion-mane hair, rhinestone-encrusted outfits and perfect tans. But over the decades they have become shells of their former selves. Despite full houses, their onstage act is a loveless progression of cheese-ball jokes, bad choreography and showy gimmicks. Behind the curtain, they bicker like a couple on the brink of divorce.

Enter Steve Gray (Jim Carrey), a “street magician” who stages extreme tricks and stunts, often involving some level of physical harm (think David Blaine meets Criss Angel). His cable show, Mind Rapist, is a big hit and a direct challenge to Burt and Anton’s second-rate David Copperfield shtick. Audiences drop off, the partnership dissolves, and Wonderstone, thanks to his outlandish lifestyle and bad investments, loses everything. Of course, that means being reduced to entertaining old folks at the local nursing home — where, wouldn’t you know it, Rance Holloway has retired. Bet you didn’t see that coming. Nor the inevitable tension-free climax that pits Burt and Anton against Steve Gray for a lucrative contract at a new casino.

There are two ways a film like this can work, and The Incredible Burt Wonderstone does neither of them. It can 1) craft engaging relationships and characters (a la Groundhog Day) that force Burt to realize he’s become the same kind of bully he suffered under as a child, thus rediscovering his love of magic and repairing his friendship with Anton, or it can 2) go for broke (a la Anchorman) and pit Carell and Carrey against each other in an ever-escalating war of over-the-top magic stunts and comedic hubris. Unfortunately, the fractured script (credited to four writers) displays neither that kind of craft nor wit. Instead, it seems like a screenwriting template was laid atop a series of humorous set pieces and setups, with the hope that some inspired casting would magically transform it into a real movie.

And the cast sure does try. Carrey’s manic energy and sadism contrasts nicely with Carell’s understated smarminess. Arkin and Buscemi are good sports who valiantly try to bring color to their underwritten roles, while poor Olivia Wilde is left to fend or herself as Burt’s sexually harassed assistant (and eventual love interest). But it’s only James Gandolfini, as casino owner Doug Munny, who really shines. He’s the only character that even vaguely registers as human, even as he delivers the script’s broad comedy.

It’s not that The Incredible Burt Wonderstone doesn’t earn a few laughs. It’s that we’ve seen the lost-then-found friendship, riches-to-rags, professional-rivalry story before and better. Its references feel dated, its punch lines lack punch, and, worst of all, it never embraces the “nothing is impossible” mantra of hippie magician Doug Henning.