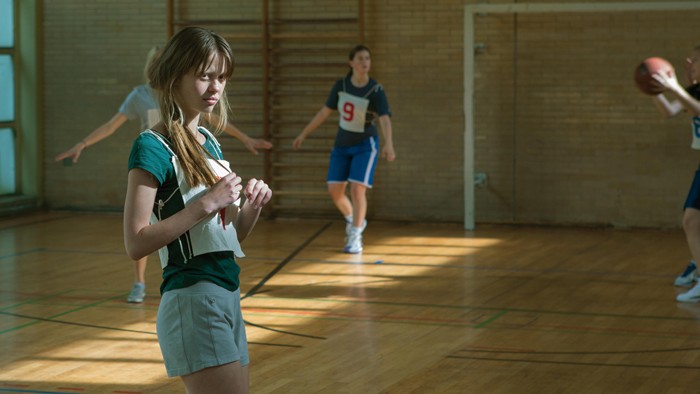 If Nymphomaniac: Volume 1 was about the pursuit of pleasure, Volume Two is the predictable slide into pain, because, in the end, this is Lars von Trier we’re talking about, a man who equates female sexuality with self-destruction.

If you watched Volume One you might recall that Joe, our sexual Scheherazade, had discovered that she could no longer experience sexual pleasure. Cue the headlong dive into sordid, masochistic degradation, as the now older Joe (Charlotte Gainsbourg) compulsively puts herself into increasingly dangerous scenarios.

Skin-scarring whippings, a full-force punch to the face — each act of brutalization leaves her craving more abuse. If that isn’t enough, there’s extortion, blackmail and, yep, the appearance of a gun. Joe is, of course, a human wrecking ball, damaging everything in her wake and suffering all the while. To what purpose? Addiction has no reason, it only demands more.

The virginal Seligman (Stellan Skarsgard) is, of course, her reassuring audience of one, calmly responding to her tales of depravity with empathetic observations about history, religion, Ian Fleming and pedophilia. In the end, he decries the sexual double standard that fills Joe with self-loathing, pointing out that society would applaud her misadventures if she were man.

Really, Lars? Joe neglects her child to the point of harm and seduces a 15-year-old girl. It’s hard to imagine such transgressions meeting public approval if only her gender were flipped. Instead, one starts to wonder if Nymphomaniac: Volume Two isn’t an elaborate refraction and rationalization for von Trier’s own lurid personal history.

This second half to von Trier’s four hour opus (supposedly a 5-hours-plus director’s cut will be released in the near-future) has some impressive performances parceled throughout (Jamie Bell’s coolly polite sadist stands out) and occasionally the gallows humor hits, but overall the movie is a nihilistic slog, desperately trying to provoke with its arty hardcore sex and relentless suffering. It’s as if von Trier is incapable of nuance, declaring every action, every thought and thematic observation, with on-the-nose bluntness. When Joe decided to have anonymous sex with two men, they are, of course, black. Worse, all von Trier’s camera is interested in is their genitals, making sure that their anonymity is transformed into racist abstraction.

Unforgivably, von Trier’s clumsy meditation on addiction, transgression, and transformation is capped by an ending that’s as ridiculous as it is contradictory. Clearly, von Trier believes that he is making a profound (and humorously despairing) comment on the male inability to understand female sexuality. But Nymphomaniac: Volume Two’s finale scene is so nakedly unimaginative, so diametric to the spirit of Volume One, that you don’t know whether to chuckle with derision or shake your head with disgust.

Nymphomaniac: Volume Twois playing at the Main Art is Royal Oak. It is unrated and has a running time of 123 minutes.