Film Review: Out of the Furnace 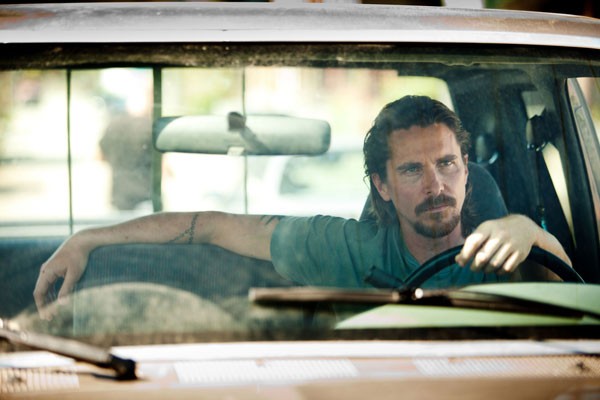 A grimy little revenge thriller with prestige polish, a terrific cast and a pedigree that promises much more than it can ultimately deliver, Out of the Furnace at least has atmospherics to burn. Set in the rotted shell of Braddock, Pa., a steel town decades past a prime that probably wasn’t so glorious to begin with, the film is layered in thick coats of grime and grit and rust that the talented actors feel free to exploit. Here is the decayed soul of the Rust Belt, in the midst of the 2008 economic collapse, and it’s a bleak, metaphorical wonderland on which to heap all manner of allusions to corrupt capitalism, the broken American dream and the decline of contemporary manhood.

With his hollowed-out eyes and sunken cheeks, Christian Bale seems intent on staring a hole through the sky. He brings every bit of his trademark intensity to the role of Russell Baze, a blue-collar lunchbox warrior who feels duty-bound to hold his swiftly dissolving family together. His father is slowly succumbing to years of inhaling lead, asbestos and god-knows-what-else at the mill, while younger brother Rodney (Casey Affleck) is quickly imploding from untreated PTSD from multiple tours in Iraq.

Russell has one of the few good, stable jobs left that haven’t been shipped overseas or simply erased from the ledger, while poor, desperate saps like Rodney are left deep in hock to the local low-life (Willem Dafoe) with the too-obvious name: John Petty. Russell has been secretly paying down his brother’s debts, but even he can’t offer that protection after a night of a few too many pops at the neighborhood dive and an ill-advised trip behind the wheel, for which a DUI conviction sends him away for a few years.

When he gets out, Russell finds things have gotten even worse: His girlfriend (Zoe Saldana) has taken up with a brooding cop (Forest Whitaker) and Rodney has taken to bare-knuckle brawling to pay the bills. The oily bookie Petty is himself in hock to Harlan DeGroat (Woody Harrelson), an odious, white-trash crime baron from the mountains of New Jersey. DeGroat drags Rodney and, by default, his brother deeper and deeper into the woods. Harrelson oozes malevolence as this hillbilly kingpin of a seedy backwoods crime empire, but the script doesn’t bother to develop him beyond simply being a cue to looming violence. He is a force of omnidirectional rage: When Rodney asks what his particular problem with him is, DeGroat snarls back, “I’ve got a problem with everybody.” A collision course is set.

Director-writer Scott Cooper also made the finely textured and witty Crazy Heart, another tale of faded manhood, but here his ruminations on vengeance degenerate into a dirge. The very fine cast has plenty of room to roam and emote, and these are the kind of parts actors love to play, probably because they are left somewhat ambiguous on the page. Out of the Furnace remains compelling viewing, despite the lingering notion that for all the Deer Hunter-style intensity, there isn’t ever as much internal life in these characters as the performers are earnestly trying to infuse them with.

Out of the Furnace is rated R has a run time of 116 minutes and is in theaters on Friday.