The Typical Tyler Perry crap is offered for your viewing displeasure. 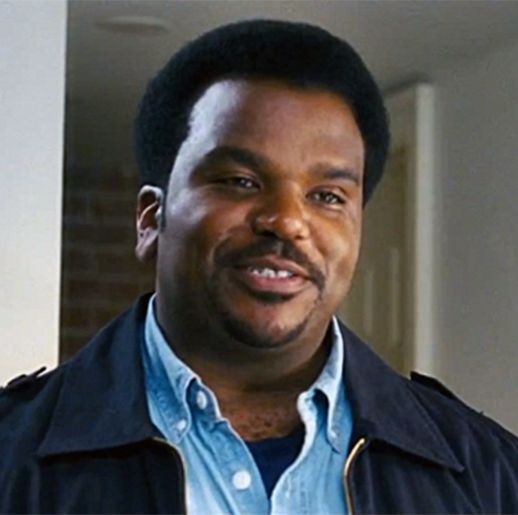 I will readily admit I am not the kind of guy who has been salivating at the prospect of a cheap, profoundly silly Tyler Perry-produced knock-off of Meet the Parents. There must be a market for this sort of thing, and if that’s you, then welcome aboard. Now kindly come in, have a seat and try to explain the appeal of this sloppy, calamitous and disposable farce.

Comedian Craig Robinson is a funny guy, as displayed weekly on The Office, and it’s edifying to see him get a shot at feature lead, though you can’t help but wish he’d been handed some better material.

That same wish applies to most of the ensemble, which includes such talented folks as Kerry Washington and S. Epatha Murkerson ¾even the legendary iconoclast Melvin Van Peebles, who stops by for a cameo. Sadly, all of them are pretty much left to fumble around like drunks trying to find the bathroom sink in the dark.

Robinson leads the way as Wade, an amiable, kind-hearted lunk who writes and performs educational children’s songs, including one that reminds little ones to talk about their feelings rather than pee on the furniture.

Somehow, this goofball has landed the gorgeous, well-heeled lawyer Grace Peeples (Django Unchained’s Kerry Washington) as his live-in girlfriend, though he’s yet to meet her family ¾so upscale a brood, Wade calls them “the chocolate Kennedys.”

Love-struck Wade is ready to pop the question and, unannounced, he decides to crash a weekend getaway at the Peeples’ posh Sag Harbor beach house … where feeble comedic calamity ensues.

In short order, our man loses his wallet, gets humped by a dog, caught in a down pour, burns down a sacred native sweat lodge, and is twice heavily drugged. And that’s just for starters.

Wade’s chief antagonist in all this, and the roadblock to his happiness, is Grace’s imperious father, Judge Virgil Peeples, played with increasing desperation by Detroit-born funnyman David Allen Grier. When free to improve, Grier can be hysterical, but too often he’s roped in by the cloying, ham-fisted direction of Tina Gordon Chism.

Not helping is the incoherent, flailing script, which is loaded with stereotyping, class warfare, homo panic and erratic tonal shifts. The twist is that the members of this disapproving, seemingly picture-perfect family are all hiding vices, including: kleptomania, narcotic abuse, nudist tendencies, closeted lesbianism and more. There could be an interesting satire buried underneath the pratfalls, all about identity and class anxiety inside the African-American community, but the people in Peeples are all too clownish to sell the point.

They also get mad at Wade for causing the rain, so even in the midst of an all-too-obvious comedy, it’s impossible to take anyone seriously.

Peeples is in theaters everywhere and is rated PG-13; running time is 95 minutes.