Film Review: Sin City - A Dame to Kill For 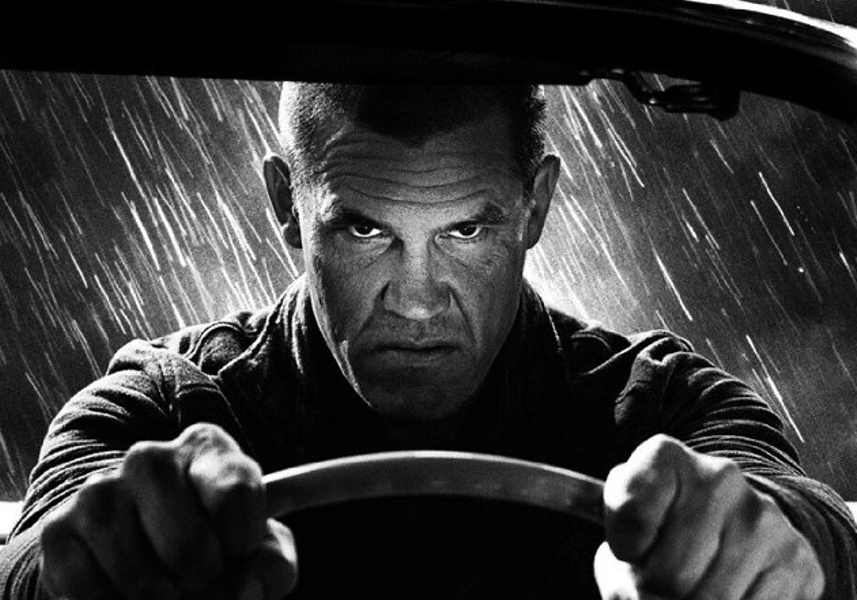 Surveying director Robert Rodriquez's mostly self-made career (the Spy Kids movies, Dusk Till Dawn, the Machete movies), many adjectives come to mind. Nuance and subtlety wouldn't make the list. Which is probably a good thing if you're bringing the hardboiled neo-noir of Frank Miller's Sin City graphic novels to the big screen. With their hyper stylized visuals (lavishly re-created for the screen), ultra violence and gleeful embrace of debauchery, one shouldn't expect restraint or good taste. But some rudimentary craftsmanship would be nice.

Rodriguez's 2005 Sin City adaptation was a propulsive, tightly edited descent into a scummy, sleazy underworld filled with corrupt religious and political leaders, sadistic thugs, beaten down detectives and double-crossed lovers. Much was made of the film's black-and-white-and-red-all-over imagery — and justifiably so. The movie stands as one of the best translations of comic book aesthetics to screen to date. More impressive, however, was how Rodriguez was able to simultaneously juggle and entwine Miller's multiple story threads into a coherent, delirious two hour free fall into depravity. There was narrative logic behind his madness and though some could argue with the film's blatant objectification of women, it's jaundiced eye was equal opportunity, depicting its men as macho, thick-headed cliches.

Now, nine years later, Miller and Rodriguez return us to their seedy, brutal fantasia and the results are underwhelming. Yes, the visuals are still arresting – particularly in 3-D – but the action scenes are uninspired and, as the movie enters its homestretch, even a tad redundant. When A Dame to Kill For finds its footing, it comes close to replicating the gruesome grimy glee of the original. But Rodriguez can't sustain a proper tone for more than 10 minutes at a time. There's no denying the elegance of Rodriguez's cartoonish visuals, but the plotting is sloppy, disjointed and, unforgivably, dramatically inert. Cramming four tales (and several asides) of revenge, seduction, and murder into its 98-minute running time, A Dame to Kill For actually feels longer than its two-hour predecessor. Worse, it doesn't even attempt to connect the stories in any kind of cohesive narrative, letting them crash together like an incoherent run-on sentence.

These stitched together stories take place both before and after the other film, making it simultaneously a prequel and sequel. Mickey Rourke is back as Marv, the grotesque barbarian in a trench-coat, who wakes up amid the bodies of four dead frat boys and mows down one goon after another in order to find out what happened. Meanwhile Bruce Willis' Hartigan haunts stripper Nancy (Jessica Alba), first sending her into a self-destructive spiral and then onto a bloody path of revenge. New to Basin City is Johnny (Joseph Gordon-Levitt), a cocky gambler who ends up pushing his luck when he crosses the murderously corrupt Senator Roark (Powers Boothe). And in its finale, Josh Brolin steps in for Clive Owen as Dwight, the dashing P.I. who's forced into a deadly confrontation with his ex-lover, the scantily-if-clad-at-all femme fatale Ava (Eva Green).

With the exception of blander than bland Alba, the cast does a pretty credible job of selling Miller's often feeble attempts to imitate Chandler and Spillane. Mickey Rourke, of course, is a gas and Boothe seems to be enjoying the hell out of his megalomaniacal crime boss. But it's Green who steals the show, fully embracing the campy depravity of her sultry scheming sexual succubus. In a movie that's otherwise humorless to a fault (unless you want to count its somewhat ironic approach to violence), she's a welcome breath of fetid air.

Given the now knee-jerk use of CGI in nearly every Hollywood film, there's something refreshing about A Dame to Kill For's artificial artistry. This is digital filmmaking with gusto, pulling us into its affected, high octane universe, where a single punch can send someone crashing through a window and into the street, not giving a damn about verisimilitude or authenticity. If only Rodriguez and Miller had tackled its storytelling with the same level of flair and fearlessness.

Sin City: A Dame to Kill For is rated R and has a run time of 98 minutes.