Film Review: The Company You Keep 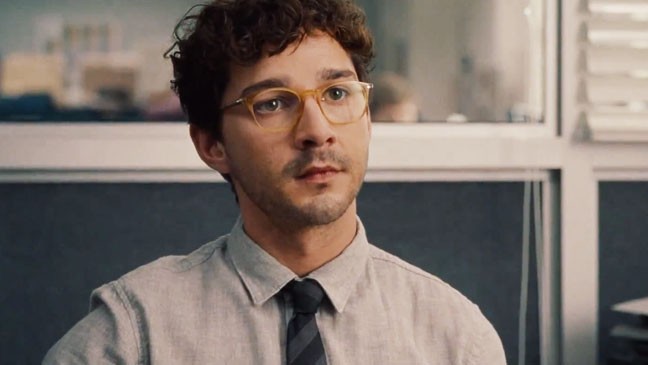 The Company You Keep | B-

Where’s a Sidney when you really need one? Either Sidney Pollack or Sidney Lumet could have easily injected Robert Redford's old-fashioned thriller with some much needed snap and suspense. It's not that The Company You Keep's mix of ’60s radicalism and crime isn't solid —in fact, it's the best thing Redford's directed in years —but those iconic directors knew how to wring out great performances and crackerjack pacing in their films. (In fact, that's exactly what Pollack achieved with Three Days Of The Condor and Lumet delivered with Running On Empty, his 1988 radicals-on-the-run drama.)

Redford's approach to storytelling is more pensive and sober, less urgent. Which is fine for a movie like Quiz Show or A River Runs Through It, but dampens the appeal of a fugitive chase flick.

Redford is Jim Grant, a mild-mannered lefty lawyer who's raising his 11-year-old daughter (“America’s Got Talent” alum Jackie Evancho) after the death of his younger wife. Grant falls into the crosshairs of Ben Shepard (Shia LaBeouf), an ambitious reporter, when a nearby woman, Sharon Solarz (Susan Sarandon), turns herself in for a bank robbery she committed in the 1970s as a member of the Weather Underground.

At the time, the bank's guard was shot and killed. Shepard puts it together that Grant is actually Nick Sloan, the supposed gunman. Once the FBI catches wind, Redford goes on the run, tapping into a network of former SDS radicals to help him along the way.

If this sounds like another excuse for one of Redford's moral lectures (The Conspirator, Lions For Lambs) you'd only be half right. Sure, there's plenty of speechifying between the remorseful reunions and last minute dodges, but unlike his last couple of films, The Company You Keep is as interested in its story as it is its politics.

Screenwriter Lem Dobbs does a workman-like job in adapting Neil Gordon’s novel, peppering in enough smartly written quips and confrontations to obscure the fact that none of its characters have any depth. Sarandon, in particular, has a good scene with LaBeouf as she rationalizes her past choices.

Recognizing that the characters don't pop off the page, Redford has assembled an impressive bench of actors (Julie Christie, Chris Cooper, Sam Elliott, Richard Jenkins and Nick Nolte) to fill his rogues’ gallery of aging activists. But add in Stanley Tucci, Terence Howard, Anna Kendrick, Brendan Gleeson and Brit Marling as dramatic accessories —and the stunt-casting begins to distract. Is Redford advancing the plot or demonstrating his ability to attract an A-list cast on a SAG minimum budget?

Redford further undermines the film's tension with his stoic, uncomplicated performance. He still has presence and gravitas, but as Jim Grant he lacks complexity or personality. Beyond a baseline decency (and love for his daughter), it's hard to understand who Jim was back then and who he evolved into. LaBeouf, in contrast, tries just a little too hard, toeing the line between precocious and obnoxious.

Local audiences will undoubtedly appreciate the movie's acknowledgment of Michigan's role in ’60s activism. Not only does Ann Arbor and U-M get their cinematic due (there's even a sneaky reference to the Del Rio), but the film's finale takes place in the U.P.

It's nice to see a movie that reflects on recent history and the consequences of taking a principled stand, and The Company You Keep clearly wants to touch on a generational clash of ideals. “I don’t believe in either side,” LaBeouf smugly snaps at Redford, who cracks back, “I suppose that makes you fair and balanced?” It's a good exchange but unfortunately that's all it is. Their confrontations are too brief and lay at the fringes of the plot rather than embedded within the narrative. Which is a shame because we could really use more movies where the Boomer generation attempts to explain itself to those who are now assuming adulthood. For decades, they've mostly been talking to themselves.