Not even this rag can print the proper language that this crap film inspires. 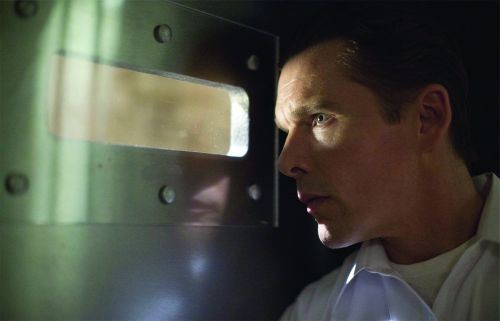 Ethan Hawke, an erratically talented actor, seems to have entered a regrettable phase of his career where he plays characters that spend most of their screen time stumbling around darkened hallways with flashlights. Everybody’s got bills to pay, but it’s a bit disconcerting to see an actor simultaneously headlining both the critically adored Before Midnight, and low-grade thrillers like this one. In fact, last year’s similar junky spookfest, Sinister, which also found Hawke feebly defending his family from murderous intruders, was more than enough.

In The Purge, the evergreen horror flick-trope of home invasion gets gussied up with a thin coat of socio-political veneer, though it does little to cover up the picture’s gore-drenched intentions.

We’re told they’ve somehow cleaned up the streets, fixed the economy and erased unemployment — by instituting an annual holiday designed to “purge” the nation’s collective soul of violent impulses. How? By legalizing all crime for a 12-hour period, up to and including murder.

The prosperous Sandin clan intended to ride out the bedlam by popping some popcorn and holing up in their plush, suburban McMansion — supposedly safe behind the same personal defense system that James has sold to the whole neighborhood.

Of course, you know this is a horror movie — and that ain’t gonna work for long. After a protracted buildup, anarchy ensues, after the twitchy teen son (Max Burkholder) opens the gates to let in a wounded victim on the run from a savage mob.

While The Purge does have a reasonably engaging, Twilight Zone-style hook, its politics are mostly an excuse to get everyone in position for a blood-soaked climax. Maybe the tension that director James DeMonaco works so hard to build would actually pay off if every character, good or evil, didn’t behave like idiotic horror movie stock-types that are too stupid and logic-deprived for us to care about.

Arty pretentions aside — this is poorly made trash with a cynical script that mocks conservative piety and mercenary consumerism, while also ridiculing liberal notions of brotherhood and leniency. Worse still, the movie really only cares about one thing: cheap scares; it merely wants to lead the audience to cheer ever more depraved acts of violence in the name of a night’s entertainment.  mt

The Purgeis in theaters now and is rated R with a running time of 85 minutes.