Finally, we can talk about what the future of pot in Michigan looks like 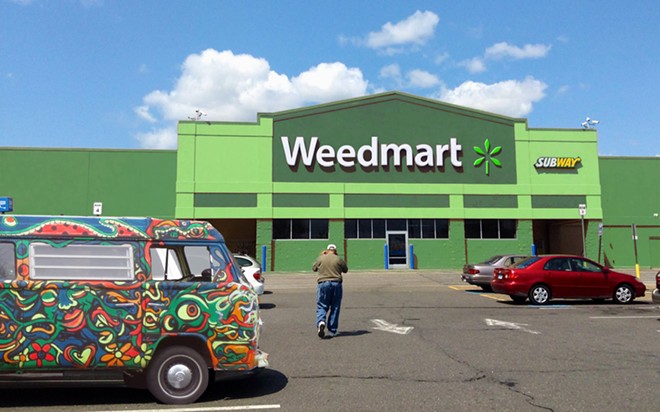 There's a lot of talk about marijuana going on these days, and in some key areas the pro-cannabis crowd is getting heard loud and clear.

For instance, the state Impaired Driving Safety Commission — appointed by former Gov. Rick Snyder — recently recommended that lawmakers should not set a limit to how much THC drivers can have in their system before being deemed too impaired to drive. That was a win for an objective look at the science behind pot, which has not established a THC blood level for impairment analogous to the .08 blood alcohol level. Yes, some states have done that, but it's more because of the marijuana fear factor than any sound science. Score one for level-headedness here.

In another arena, the courtroom, medical marijuana patients are being heard. Last week Michigan Court of Claims Judge Stephen Borrello signed a temporary restraining order stopping the Bureau of Marijuana Regulation from shutting down unlicensed provisioning centers on March 31. Yes, Borrello did the same thing a couple of times last fall. In addition, provisioning centers can continue getting their products from caregivers for the time being.

This brings us to another area where hopefully the conversation is leading to some good outcomes: the rules for how this is all going to work in Michigan. Officials at the state Licensing and Regulatory Affairs office have entered into a series of discussions with four stakeholder work groups — licensees, municipalities, attorneys, and individuals or businesses — around the effort start anew in setting up a marijuana production and distribution system. Participants had to apply and the meetings have already started.

Last week LARA hosted a meeting with the 15 folks selected for the individuals and businesses group in Lansing. According to Rick Thompson, one of those selected, the first question from LARA officials was "what went wrong" with the medical marijuana licensing process.

"It's really great to have a government that actually wants to hear from the citizens," says Thompson. "For many years we were not welcome. I think it's a fantastic situation. ... It shows that they are doing more than obligatory listening. They're actually being curious, and they ask intelligent questions."

As far as the answer to "what went wrong": The overwhelming response was that it's too expensive to get into the business. Many, many people were priced out of even applying for a license. When you add up local licensing fees, state licensing fees, legal fees, architectural fees, the cost of building out a space that is compliant with state regulations, insurance, paying rent, salaries, and stocking, costs can easily go beyond $400,000 before you even open your doors. Some people have millions sunk into enterprises.

In addition, applicants are required to show they have assets of anywhere from $150,000 to $300,000 on hand — depending on the license type — just to show they have the capital to run the business. The dream of getting into the marijuana business was crushed by a state strategy of high asset requirements to even apply for a license.

The issue of cost is driving a lot of conversations about the marijuana business. That's the same conversation the folks behind the Commercial Cannabis Craft Act are trying to have. I finally caught up with Eric Foster of Banks & Co. to get a sense of what the motivation was about that plan. One of the strongest was to bring down the cost of getting into the business. In the long run, that idea does indeed phase out the medical marijuana caregiver system, so that part of it has a slim chance to go anywhere. Even the popular Prop. 1 was ushered in with the promise that nothing would change in the medical marijuana system.

Foster seems more motivated by breaking open a system to make it easier for caregivers to grow into more established businesses over a three-year period. That softens the state licensing board's policy of a hard cutoff for caregivers. A few months back, the state licensing board was pursuing a policy that any caregivers who sold products to provisioning centers had to immediately give up their caregiver status. Under this plan, a caregiver can test the waters and take the steps without major licensing fees. The first-year license would be $750, which is an entirely different conversation than the fee structure discussed above.

"Sometimes it's good to introduce ideas and put those things out there so at least people have something to talk about," says Foster. "Some of the things you want to do, if you keep the idea to yourself nothing ever changes. ... You're seeing a lot of local applicants that are selling their licenses to the big companies. The more that happens it reduces the number of Michigan people in the business. "

So let's throw that into the conversations as long as we're having them. The folks at LARA plan to hold more meetings going forward, including two in Detroit and one in the Upper Peninsula. Let's give a listen to folks who at least take marijuana seriously and want to make the business end of it work. Rather than a play to establish the big marijuana interests as I characterized it, people behind the Cannabis Craft Act at least seem sincere about making it easier for small players to get into the game.

"This is a pathway to try to create a structured approach and expand the number of local people and prevent the Walmartization that is going on now," says Foster.

We'll see. It seems that Foster and his friends should be involved with people like those with the Michigan Cannabis Industries Association and making it to the state meetings. At least for this round of rule making, things should move relatively fast. Michigan has diddled around for a decade to the detriment of patients and the business climate. This time around the folks at LARA expect to have draft rules ready by June and engage in a period for public review and comment on them. If they can stick to that schedule, it will be a marked difference from the style of management we've become accustomed to.

It seems like Foster is talking about many of the same things that most of the folks involved in the marijuana conversation are talking about. The word from all sides is that they're open to discuss all ideas. It's a conversation worth continuing.