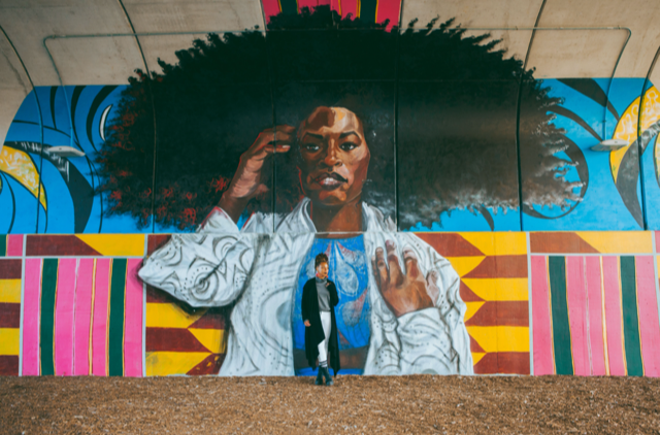 Have you ever seen the Black Ghost? As in the rare and totally famous triple-black Detroit-made 1970 Dodge Challenger R/T SE muscle car that would have Fast and Furious' Dom Toretto fully torqued if you catch our Tokyo drift. Well, you may have your chance at the 42nd annual Concours d'Elegance, which returns to the Inn at St. John's in Plymouth. The annual juried showcase of rare and collectible cars will, once again, display more than 300 "significant classic and historically relevant" vehicles ranging from the Gas Light era to Modern Collectables and Super Cars to, yes, the Black Ghost. This means you won't see souped-up PT Cruisers nor a single 2003 Dodge Neon covered in coexist stickers and Darwin fish. Anyway, the Concours d'Elegance will host three days of events, all of which may be available through various ticket packages and include a car art show, cars under the stars, battle of the brands, ride and drive, and the main event, in which the featured cars compete on the basis of engineering and design. This will be the event's final year in Plymouth, where it's taken place for the last 11 years. Next year, the Concours d'Elegance will move from July to September and will relocate to the Detroit Institute of Arts.

June might be the official Pride month, but in Detroit, July is considered Black gay pride month. Touted as the second-oldest event of its kind, Hotter Than July has celebrated Detroit's Black LGBTQ+ community for more than 20 years. Hotter Than July festivities look a little different this year, but the spirit is on fire with three days of virtual events honoring history, tradition, and progress. The event, hosted by LGBTQ Detroit, will once again kick off with a candlelight vigil, followed by an endorsement forum, and virtual art show. Saturday's events include a digital picnic and showcase, which guests can participate in by submitting videos to festival organizers. And, on Sunday, Hotter Than July will host an early-morning worship service, brunch, and livestream ball featuring several fashion and performance categories.

Drama — not to be confused with the British rock band, or, for that matter, the 1980s Norwegian boy band, or the '90s rapper, or the DJ, all of the same name — is sort of blowing up and has been selling out tour dates left and right. (Talk about drama, eh?) Since 2014, Chicago-based producer Na'el Shehade and vocalist Via Rosa have discovered new ways to pair contemporary R&B with soft dance-pop. On Dance Without Me, Drama's first release on Ghostly International and the follow-up to their 2016 independently released debut, Gallows, the duo channels, like, Sarah McLachlan circa Brokedown Palace soundtrack with some bright, crying-at-the-club new-wave-tinged electronica. Rosa, a Texas native who grew up surrounded by Afrobeats (her parents were in a touring reggae band) teamed up with Chicago-born Shehade, who has worked in the studio with Chance the Rapper, Kanye West, as well as on projects for MTV and Bravo, in 2014. Chicago rapper and prison abolitionist Ric Wilson, who was voted one of the best live performances in 2019 by Chicago Tribune, will also perform.

Hell hath no fury like a woman scorned ... or a woman in comedy with the power to drag a lying piece of shit ex-boyfriend with a Netflix movie that spills all the tea. Comedian Iliza Shlesinger has been making the transition from stand-up to big screen to streaming and her latest, Good On Paper, a movie she wrote, stars in, and cleverly dubbed a "rom-con." The 2008 winner of Last Comic Standing has five Netflix comedy specials under her belt, all of which showcase Shlesinger's raw, truth-telling musings on things like the dangers of overplanning for weddings and funerals on Pinterest, the horrors of being sexually harassed, and party goblins, the pesky creatures sleeping in the back of our brains that are responsible for all of our bad drunk decisions. We'll drink too much to that!

Feeling moody? The elusive Detroit DJ Kenny Dixon, aka Moodymann, has been behind the decks a lot lately. In May the house and techno icon kicked off Movement weekend (sans the actual Movement festival) at the Corner Ballpark and, now, he'll be performing along the waterfront at the Aretha. Described as the life of the party, Moodymann, who might be the only Detroit DJ to have his own residency at a virtual nightclub in Grand Theft Auto Online, is a master sampler and infuses his energetic, yet, refined sets with everything from Nipsey Hussle to Chic and his fave, Prince.

Listen, we all love buying new shit, right? But how many clearly imperfect discounted frocks and misspelled "Live. Lauf. Love." wall art destined to be donated to our donation center of choice shortly after purchasing can we possibly impulse buy during our moment of zen at TJ Maxx? While the global textile and fashion industries continue to bankrupt our natural resources (not to mention implement unethical practices), there's a place where junk dreams come true and where we can stave off the total destruction of this big blue marble we're riding through space for a little while longer: Fleatroit Junk City, the folks behind this recurring shopping spectacle of carefully curated trash, treasure, and really cool stuff. From clothes and toys to crafts and home goods, Fleatroit's summer sale returns to Scripps Park in Woodbridge with all of the one-of-a-kind wares unearthed from attics, basements, and the hearts of many a collector. This year's flea will have a soundtrack courtesy of Third Man Records' rolling record store, and shoppers can fuel up with some slices via a pop-up by Southwest Detroit's PizzaPlex. Pro tip: Stop at the ATM on the way.

This is not your typical blackout we metro Detroiters are used to in the summer. The inaugural Black-produced BLKOUT Walls Festival is turning the spotlight on Black muralists, as well as the limited racial diversity and lack of sustainable compensation in the art world. The weeklong festival was conceived by artists Thomas "Detour" Evans, Max Sansing, and Sydney G. James, who most recently graced Detroit walls with a Malice Green mural last year during the height of Black Lives Matter protests, as well as a massive mural titled "The Girl with the D Earring." The festival will host a series of artist talks, city tours, panel discussions, pop-up art exhibitions, and the main event: live murals. Festival organizers selected 20 artists of color from all over the U.S. to create live murals on commercial structures throughout the North End community and the northern edge of the adjacent New Center area — and festival-goers can watch their creation from start to finish. Unlike similar festivals across the country, BLKOUT Walls Mural Festival has committed itself to paying each artist a fee, as well as compensating lodging, meals, and transportation costs to better establish economic equity in the diverse arts community. The weeklong celebration will conclude on Saturday, July 31 with a BLKOUT Walls Block Party.