Ma and Pa Urine must be proud. 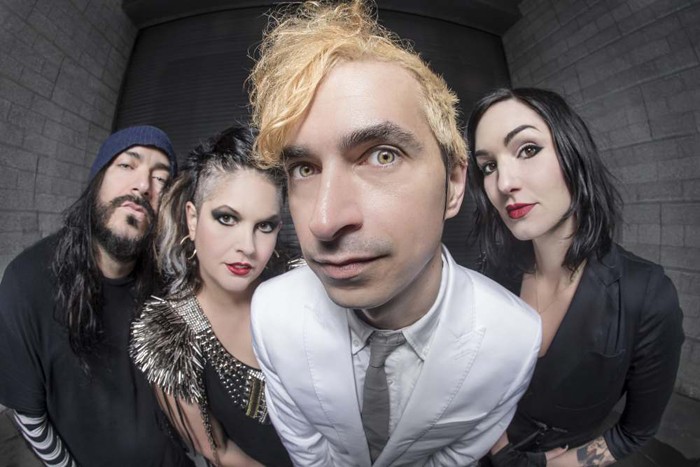 Since 1997, Mindless Self Indulgence has been defying genres by creating music that is oddball, off-the-wall and madcap enough to avoid cookie-cutter definitions. Nu metal was all the rage when the band, led by Jimmy Urine (Ma and Pa Urine must be proud) emerged, and so they played a lot with bands like Korn and Coal Chamber. Then emo and pop-punk erupted and MSI was carried along with that, without compromising the sound one bit. That’s the secret to the band’s survival — MSI has always done things on its own terms, right up to the new remix album Fuck Machine and the animation that Urine has created to go with it. We caught up with the frontman before his show at St. Andrew’s this week.

What do you have planned for the Detroit show? Anything special?

Yeah, you know me. We’re doing something called “band choice” where each band member gets to pick a song that we play. It might be something that I hate or that I’m totally over, but I have to play it. That makes it a unique set, every time. It has to be one of our songs though; I’m not playing “Freebird” no matter who wants to play it. They can play their own songs. Fuck them. We have, like, 150 songs, so we should have enough to choose from.

You guys have been crazy busy with the remix albums and the animation — don’t you ever rest?

Not really. When you’re a DIY band, like we’ve always been, you have to count yourself lucky because not everyone has that.

Do you have any special memories of playing Detroit?

I always say that anywhere that is in the middle of nowhere and that gets beat up on always has the best crowds, and Detroit is a great example of that. Also Perth and Scotland. The fans have nothing to lose, and you feel that they would happily burn the place down any minute.

Any plans for more animation?

I hope so. I love anime, and it was great to be able to create something like that. We’re lucky because our fans are fans of things that we’re fans of. That’s a convoluted sentence, but it’s true. I love the Rocky Horror Picture Show and so do our fans. I love anime and so do they. The same goes for music, video games and movies.

What’s next, after the tour?

I’m going to be doing some more Mindless stuff. Not sure what yet. It’s great because my main band is the kind of band that people in a really boring band would have as their side project. Seriously, if you’re in a band like Linkin Park and you want to express yourself with a side project, you’d start a band like Mindless. But I get to have that as my main band — the weirdest, wackiest band with no rules. So I like to have rules and constraints when I’m doing something else. That why I like to work on soundtracks for video games and cinematic stuff. It still sounds like me, of course.