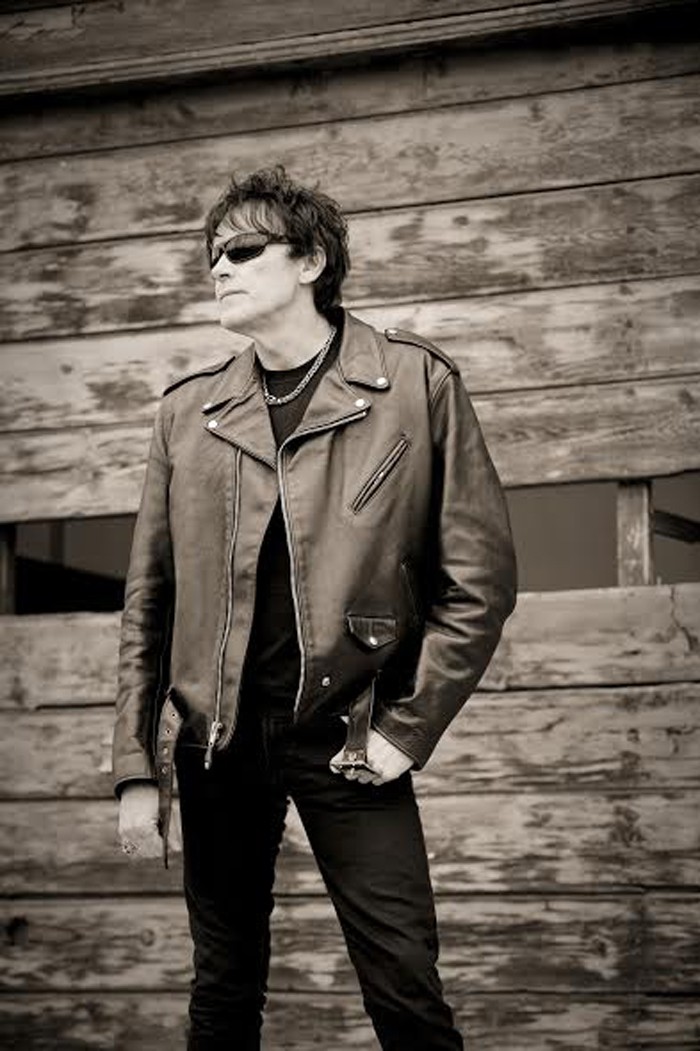 Richard Reinhardt joined New York punks the Ramones in ’82, replacing the ousted Marky Ramone, and recorded the albums Too Tough to Die, Animal Boy, and Halfway to Sanity with the band. Then Marky returned and Richie disappeared for a while. He may only have been in the band for five years, but he left a mark, writing the classic “Somebody Put Something in my Drink,” plus “Humankind,” “I’m Not Jesus,” and a couple more.

After a couple of decades in the wilderness, Richie has recorded his first solo album, Entitled, and he’s hitting the road for an extensive U.S. tour. He’s at the Corktown Tavern on Tuesday, and we grabbed him to find out what we can expect …

I was resting. In the ’90s, I was playing in different bands around L.A., did some recording, a little writing — I wrote stuff for Fred Schneider of the B-52’s. I wrote all kinds of stuff, but then I was just exhausted and I took 10 or 12 years off and really didn’t do anything. This business can wear you out. I needed to charge my batteries, get my songwriting back together, you know? So I’m well rested now. I ended up doing my own record, and it’s really cool. I’m really happy about it. I don’t really plan too far ahead, I just let things take [their] course.

2. All of the Ramones drummers (plus CJ) are still alive. Are you in touch with any of those guys?

It’s the opposite of Spinal Tap, right? I’ve seen CJ — I did a song or two with him in Nashville a year or two ago. Marky Ramone, I’ve never spoken to. Tommy I see at a couple of the birthday bashes, but everybody lives their own lives. It’s not like we all live around the corner. Joey and Dee Dee were my closest counterparts in the Ramones. After that, it didn’t really matter to me anymore. They were my good buddies.

3. Do you have any memories of playing Detroit?

I can’t really remember. When was I in the Midwest, 25 years ago? I can’t remember what went on there. I don’t even know what we played back then. That’s a long time ago. I haven’t toured the U.S. for 23 years. That’s what’s making this a lot of fun. The U.S. is a tough market. The shows in the South have been a little slow, but I know they’re really gonna pick up when we reach the East Coast — my territory.

4. What can we expect from the set?

This music is plenty aggressive — that’s the sound that the Ramones gave me as a kid when I got in that band. Joey always inspired me to write, so they gave me direction — who I wanted to be and what I wanted to sound like. This show is really killer. I play most of my new record on tour, plus those songs I wrote for the Ramones, and then we throw a few classics in. Everything blends because my music is as aggressive as the Ramones, maybe even a little harder because I add some shredding. It flows — it’s like one big party. I come out front for a little bit to kick the kids in the head and let them steal my jewelry. The band’s really hot, and the show’s really coming together. By the time we get to the Midwest, look out. It’s gonna be dangerous.

We definitely have to do the UK and Europe. We’re going to South America in May for a month — 14 shows in Brazil alone. I’m going to keep touring this year, and then see what I want to do. Do I want to do another album? Let’s see how this all plays out. It’s all a testing ground for me. My gauge is, whether I have 100 people or 1,000 people, people aren’t going to the bathroom or going to get a drink. You know you’re entertaining them if they don’t move.