Five takeaways from the 2020 Tokyo Olympics 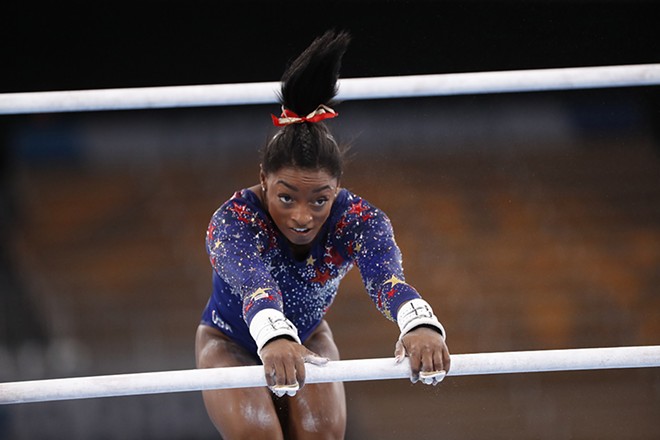 I'm a sucker for the Olympics. A few weeks back, I wrote about how the Olympics would hold up a mirror, revealing the best and worst of ourselves. These 2020 Olympics certainly delivered.

What we saw was a stunning portrait of our humanity, cast upon the canvas of those whose talents border on the superhuman ... on land, in water, or through the air. The pressures of these games — held a year late in a city under a state of emergency because of rising COVID-19 cases — pushed the stunning athletic feats into the backdrop in favor of the complexity of the people performing them.

Here are a few key takeaways from an Olympic Games few of us will soon forget:

Simone Biles is the GOAT

As the Games approached, Simone Biles emerged as their face. She was, after all, the greatest gymnast of all time — having not lost in competition since she was a teenager. She achieved all that despite challenges few of us can imagine. Biles beat the long odds of a difficult childhood, landed backflips with broken toes, and survived the sexual abuse of disgraced USA Gymnastics team doctor Larry Nassar.


But her accomplishments in Tokyo eclipsed all of the medals and all of the victories, despite finishing a pedestrian third in the only individual event in which she competed.

There were 113 gold medals awarded in Tokyo. But she did what only a handful of athletes have ever done: She changed our culture.

There have been thousands of articles written about her choice to put her health first rather than compete through a case of the "twisties." Her courage to face down the pressure in such an unexpected way has empowered millions of people struggling with their own mental health in the context of a pandemic that has stolen lifelines and livelihoods. In doing so, she joins a rare list of GOATs, including Muhammad Ali, Jackie Robinson, Colin Kaepernick, and Billie Jean King, whose courage in and out of the arena taught us something more about ourselves.

Sports are a metaphor for life. They remind us that even in the face of adversity, effort matters. Take Dutch distance runner Sifan Hassan who arrived in the Netherlands at 15 as a refugee from Ethiopia. In the semifinal of the 1,500-meter run, she fell at the beginning of her fourth and final lap. Rather than count herself out as the pack distanced, she just got back up ... and won the race. A few hours later she'd take the gold medal in the 5,000, one of two gold medals she took home, in addition to the bronze medal in the 1,500.


Then there was the 21-year-old American heavyweight wrestler Gable Steveson who wrestled a defending world champion for gold. Down by one point with 6.5 seconds on the clock, he gutted out a two-point takedown to win the match.

But it wasn't just the individual efforts. After all, in 2021, we're all in this together. One of the most memorable moments of these Olympics was one of camaraderie and cooperation rather than triumph in competition. After Qatari and Italian high jumpers Mutaz Barshim and Gianmarco Tamberi tied each other jump for jump, they were offered a jump-off for the gold medal. But Barshim asked the judge if they could just share it. Before the judge could talk them out of it, they embraced in the joy of knowing that they would share the victory. At the medal ceremony, they took turns placing the coveted hardware on one another's necks. It was a reminder that there can be more than one winner.

On the first night of the Olympics, the 2020 Games found its first unlikely hero. After squeaking by to make the final heat by less than a second, Tunisian swimmer Ahmed Hafnaoui came from behind to take gold in the 400-meter freestyle. His expression rendered some combination of amazement, pride, and joy. It's what the Olympics are made for. Videos of his family watching him make Olympic history back in Tunisia went viral. It was only Tunisia's fifth-ever Olympic gold medal, the first since 2012, and the only one in these Games.


The win was a rare moment of jubilation for a country that had been struggling through a pile-on of crises. Africa's worst COVID-19 outbreak left Tunisian hospitals struggling. Dire economic circumstances only compounded the crisis.

Literally the day after Hafnaoui's victory, Tunisian president Kais Saied invoked emergency powers to freeze parliament and sack the prime minister. It cast a dark political cloud over the only Arab country to have emerged out of the Arab Spring with a functioning democracy.

Was the timing a simple coincidence? Unlikely. Politics and sport, particularly at the international level, combine within them narratives of national identity, pride, and potential. To be sure, it's likely that Saied had been contemplating this move for some time. However, it took an 18-year-old's unexpected Olympic victory from Lane 8 in a swimming pool in Tokyo to grip a nation — and offer Saied the narrative of revitalization and renewal he could exploit to execute his plans.

The best is yet to come

If you love the Olympics for the human dramas it puts on display — of exceptional humans succeeding despite the odds, reaching to the heights of excellence, tasting the thrill of victory, or working through the agony of defeat — then the best thing about the Olympics is actually the Paralympics.


The most dangerous forms of discrimination are the kind we don't see operating. They're hidden because they're baked into the features of society that we often take for granted. By this measure, ableism is one of our society's most egregious forms of discrimination. The Paralympics are a profound reminder of this — and all that's lost when we, as a society, fail to rethink these structures to include people with disabilities.

That's why I can't wait to watch the Paralympics. Coverage starts on Aug. 24.

Tokyo is the real MVP

As I discussed a few weeks back, the Olympic movement has some real soul-searching ahead. Billions of dollars are made and spent to create venues that, too often, sit rotting just years later. The dollars have long since lined questionable pockets. All the while, the athletes have been locked out of the decision-making.


Perhaps no Olympics have captured that like these Games. This Olympics was supposed to be Tokyo's celebration of resilience after the horrific earthquake in 2011. Instead, it was a reminder of a world yet under siege from a pandemic that has taken millions of lives. COVID-19 cases spiked throughout the two weeks of the Olympics, leaving athletes to compete in a bubble designed specifically to keep them separated from the city on whom the Olympics had been foisted.

Despite it, the games went off without a hitch. And all the credit goes to the thousands of people on the ground who made it possible. Tokyo deserves all the gold medals.

A version of this article was originally published Aug. 10 in The Incision. Get more at incision.substack.com.